In launching the Nismo sub-brand in the Dubai, Nissan has started with a decidedly different model in the Patrol Nismo. It's based on the SUV we'd know better as the Infiniti QX80, but instead of taking an off-road or luxury approach, the Patrol Nismo (as you might have guessed) goes for on-road performance. To that end, the performance division has given it a thorough workover.

The 5.6-liter V8 engine, for starters, has been tuned by Nissan's Takumi craftsmen up from 400 horsepower to 428. The suspension has been firmed up with Bilstein shocks and mounted with 22-inch forged alloys from Rays. The power steering system has tuned by Nismo for sportier handling. The bodywork has been upgraded for an aggressive look and zero aerodynamic lift. And the interior has been refitted to make it a more suitable environment from which to command the added performance capabilities.

The result may have potential as a junior version of SUVs like the Mercedes GL63 AMG or Range Rover Sport SVR, not to mention prospective upcoming performance versions of the Cadillac Escalade. But it's being launched exclusively in the United Arab Emirates for the time being, and given that we don't get the Patrol as such in North America, it looks highly unlikely the Patrol Nismo will ever reach these shores. Those looking for a high-riding Nismo model, then, will just have to content themselves with the Juke.

DUBAI, United Arab Emirates - October 7, 2015: Nissan's world famous motorsport and road car performance brand, NISMO, made its Middle East debut at a spectacular launch event in Dubai, heralding the next step in 'Innovation that Excites' for driving enthusiasts across the region.

In addition to launching the performance marque, Nissan also confirmed the world premiere launch of the Patrol NISMO. Recognizing that off-roading and motorsports are the life-blood of local driving enthusiasts, Nissan believes the time is right to introduce the Patrol NISMO in the Middle East.

"NISMO is the ultimate essence of Nissan's promise to deliver 'Innovation that Excites'," said Samir Cherfan, Managing Director of Nissan Middle East. "We could not have launched NISMO in the region without including our most iconic model, the Nissan Patrol, in the range of NISMO vehicles. Bringing the high performance brand to the Middle East and launching the Patrol NISMO as a world premiere model is proof of our commitment to making thrilling driving experiences accessible to all our customers."

As part of its performance road car line-up, Nissan showcased three NISMO models – the 370Z NISMO, the GT-R NISMO, and the Patrol NISMO.

With the region's strong heritage in high performance vehicles and Nissan's success in earning a reputation as a trusted motorsport brand, the Japanese auto-maker believes NISMO will resonate strongly in the Middle East market

"Since we came to the region, Nissan has been building a strong and mature automotive brand, well known for exceptional quality, performance, innovation and reliability. Combined with our long history of success in motorsports and off-roading, we believe that the Nissan brand is in a unique position to offer the ultimate, thrilling experience with our all-new NISMO line-up," continued Cherfan.

While NISMO is already established and well-known in the world of motorsport, it is now being expanded to other markets as Nissan's exclusive performance road car brand.

According to Samir Cherfan, NISMO is an important part of Nissan's long term product plan. "We view the addition of NISMO as a key element of our business expansion strategy based on our successful motorsports heritage in the region. The NISMO brand is a highly valuable, credible and desirable addition to our range and we are honored to bring the brand to the Middle East."

All three of the showcased NISMO models are designed with the NISMO DNA at its core, with motorsports-inspired aerodynamics and styling, enhanced handling characteristics and unmatched agility. Some of NISMO's signature design marks include body kit with red striping and red highlights on door mirrors, making head-turning NISMO versions immediately recognizable.

Nissan believes the thrill of driving a NISMO model comes from the complete package – its premium design, enhanced steering and suspension resulting in an exceptional improvement in performance.

NISMO was founded in September 1984 as a specialty company to support all motorsports activities of Nissan Motor Company (Nissan). Nismo is the performance brand for Nissan, and is one of the company's purveyors of innovation and excitement. 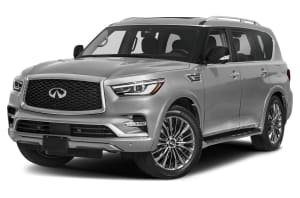 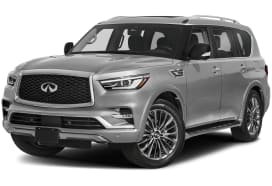 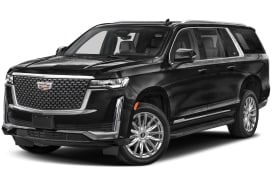 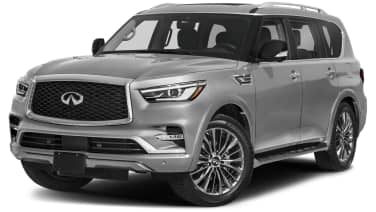 $213 - $1,643 Nat'l avg. savings off MSRP
See Local Pricing
I'm not in the market for a vehicle at this time. Please move this suggestion to the side for 30 days.
Huge Savings