I went to Disneyland this summer. It's a different experience as an adult, because in between eating pretzels and ice cream bars shaped like Mickey Mouse's head, you find yourself marveling at the attention to detail that permeates every surface, planning decision, and guest interaction. This all came back to me as I attended the Goodwood Revival. It's a transportative experience that covers you head to toe in vintage from the moment you walk onto Lord March's lawn, motor racing's answer to a Disney park.

For those who don't know, the Goodwood Revival is the period racing event of the year, held in Goodwood, England. It is distinct from the Festival of Speed, an annual party that skews toward modern metal. I'd never been to the Revival. And this year, I got sucked in. I'm definitely going back.

Nearly everyone is united in purpose before stepping through the gate. The Revival has a suggested dress code that everyone but the guy I saw in cut-offs and a t-shirt adheres to. It's this collective buy-in to a bygone era that sets the tone for participants and spectators alike. Most wear clothes pulled from the '40s, when Goodwood acted as an RAF airfield supporting the allies, but '50s and '60s garb is also welcome. Getups range from the simple tweed ensemble to a full-on costume. 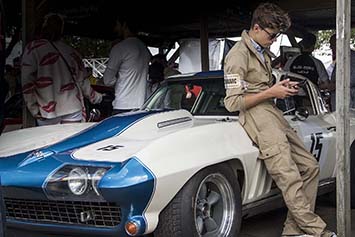 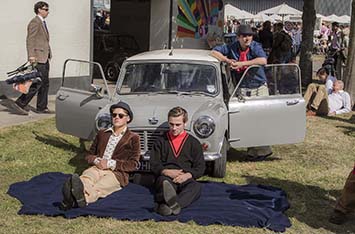 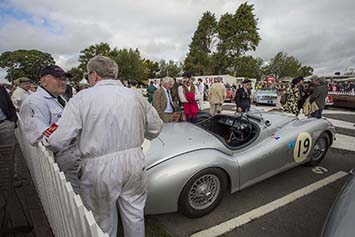 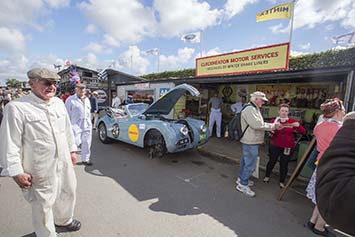 Even the track-safety vehicles and tow trucks are period-correct.

Goodwood's planners sweat the smallest details to make the dress-up worthwhile. Where's the ATM? It's disguised in an old, red telephone box. Modern tents are lined with fake timber structures to recreate a military-style mess. Period tin signs plaster temporary and permanent buildings. There are vintage Ferodo ads along the walls on the front straight. Even the track-safety vehicles and tow trucks are period-correct. It's intense. If I'd been born a half-century earlier, I'd have sworn I was having flashbacks.

Then there are the cars. They're not just representative examples of a marque or a model or a racing experiment. Many are the car, as in the prototype, the only one in existence – the one that made a name for the name.

In the case of the Shelby Daytona Coupe, there were six present for the weekend. Only six of these cars were ever built. They all showed, although I'm told one wasn't a sure thing until right down to the wire. It is the first – and very likely last – time these pieces of motoring lore will be on the same patch of tarmac at the same time. That's magical. 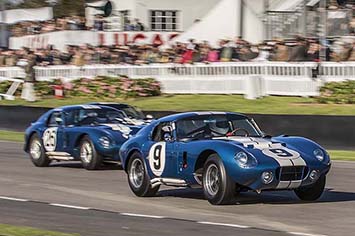 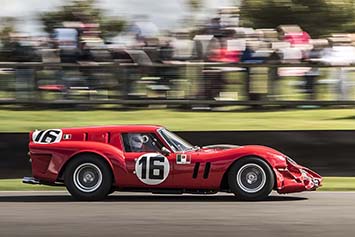 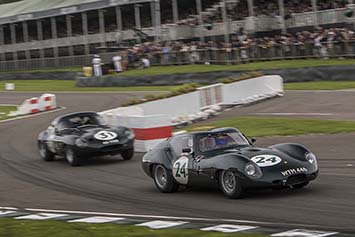 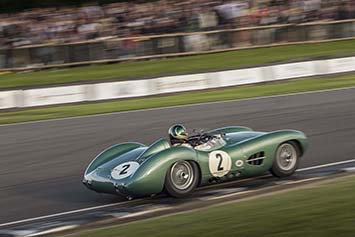 You almost don't know where to look next, and the amazingness starts to seem normal. Almost.

Each race or parade of cars keeps on giving. There were a few lightweight E-Types in competition, the kind Jag is making new versions of now. There was also a Jaguar E2A, the D-type-based E-Type predecessor, on hand. Tons of Cobras, cars built or driven by Bruce McLaren, F1 cars of several vintages. If it was important in Goodwood's heyday, it shows up here now.

But unlike Disneyland, where you might see Mickey in two different costumes at different locations in the park, these cars are all lined up next to each other in the paddock to melt your brain in one glance. It's sensory overload. You almost don't know where to look next, and the amazingness starts to seem normal. Almost.

The nutty numbers extend to the WWII planes present. To commemorate the 75th anniversary of the Battle of Britain, the world's supply of Spitfires and Hurricanes was invited. Most of them accepted the invitation. By the following Tuesday, there were 39 Spitfires parked along the airfield within the track's confines. Once gathered, they took a flying tour of other RAF airfields for the celebration. The Goodwood airfield continues to serve as an active landing site for Revival participants in period and modern planes. Fly-bys are part of the weekend schedule, as if there weren't enough distractions on the X and Y axes of the track. 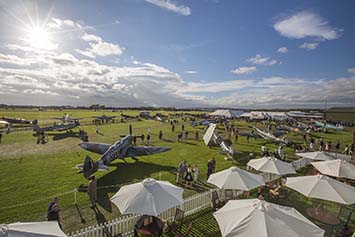 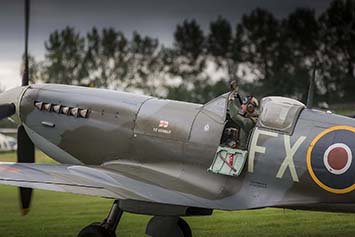 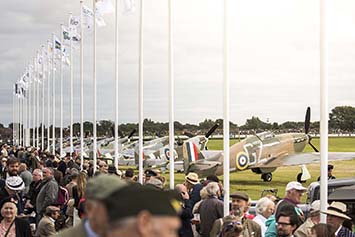 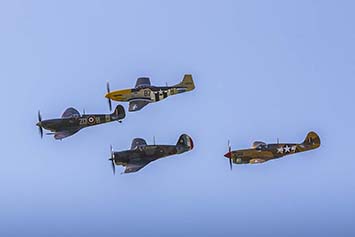 An announcer estimated the field in the two-hour feature race had a net worth of £150 million.

It's almost not fair to call the proceedings vintage racing – let's just say it's racing of vintage cars. The difference? The gentlemen's agreement to stay out of each other's way that usually covers vintage events doesn't apply here. Far from it. One organizer told me the owners want these cars to win and will drive, or have someone else drive, the doors off to unlock that next level of provenance.

An example: The Ferrari 250 GT "Breadvan" showed up. On Saturday, it took some damage to the right front – in practice. Then in the race the next day, it knocked into a Jaguar that was in its way. It takes guts just to bring that car to a meeting like this, but then to race hard enough to provoke contact and then keep running after a hit illustrates the kind of owners and drivers involved. An announcer estimated the field in the two-hour feature race had a net worth of £150 million; the cars clanged and banged all the while, jockeying for position, as if the drivers were themselves back in the '60s when the cars weren't yet priceless. It's so authentic, it hurts to watch at times.

If you can take a deep breath and just absorb the event, it's just so special. Everywhere you turn, there's a new delight. Kids racing pedal cars, a table of people at an outdoor cafe that looks like it and they have been spit out of a 70-year wormhole. The Goodwood Revival is the perfectly faked real deal. The Autopia track in Tomorrowland could learn a thing or two.