The VW emissions carnage assessment with an upside

Jim Resnick
Bombs cause destruction. Even if they're intelligently guided and pinpoint, there's always collateral damage. The strange Volkswagen brew, which is still spontaneously combusting in plain sight, will result in aftershocks for years. And the professional end of the corporation's top leadership will not be the only casualties. Blows are striking shareholder confidence, the residual value of the cars involved, consumer confidence, and the German economy itself. A hard rain's going to fall elsewhere, too. Here are just four damage assessment areas.

The High-Compression Past and Low-Compassion Future of Diesels

Despite European and especially German manufacturers' high belief that diesel engines were a way to light-duty automotive salvation, VW's scandal started the last nail in the fuel's coffin. Regulations both in the U.S. and in Europe for particulates and nitrogen oxide (NOx) are getting much harder to meet, and this is at the very core of VW's deception. Even with the high-cost exhaust after-treatment systems, sky-high fuel pressure, and sophisticated electronics, the inescapable NOx realities won't be washable by technology in an affordable way. German engineering pride will have to work a real miracle to meet these looming regs and the stain of VW's scandal did the whole diesel movement no favors. Perhaps not so ironically, the E.U. adopted more stringent emission standards this year, which closely mimic the U.S. Tier 2, Bin 5 figures phased in for 2008.

Indeed, when VW announced it was able to meet the stringent US NOx emissions standards in 2009 for its diesel engines without urea injection as an exhaust after-treatment, it was a particularly high point of engineering pride for the company. No other manufacturer had figured out how to do so. One Honda official at the time remarked that they had simply no idea how VW was achieving this feat and Honda couldn't come close.

Well, neither could VW. 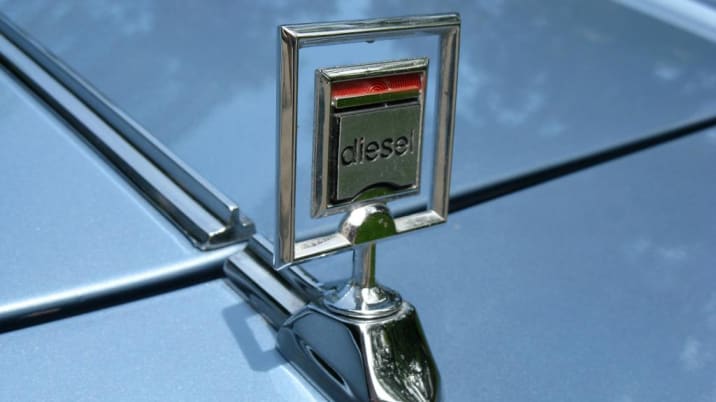 On a macro scale, European cities are also starting to face government fines for air quality violations. This is forcing those cities to find various ways to cut smog-related causes like tailpipe emissions. In fact, Paris has gone to the length of restricting car use on a sliding scale when smog persists, while electric cars are free to roam. France's longer and larger plan is banning diesel fuel for light-duty transportation entirely.

But why was there a frothy focus by the European manufacturers on diesels in the first place? Partly, it's actually good science. Fundamentally, diesels use a leaner fuel-air mixture to operate at maximum efficiency than gasoline engines. Modern diesels also emit lower CO2 than gasoline engines and this was a primary focus of several European environmental and government studies in the 1990s. The nature of diesels to emit higher levels of NOx and particulates was not the greatest concern to the E.U. regulators at the time.

Politically, though, it must be stated, many of the regulating agencies in Europe were stocked with top individuals that had vested manufacturer interests in seeing diesels proliferate.

Few will harbor much compassion for the compression-ignition engine.


Most developed nations that signed the Kyoto Protocol in 1997 were required to reduce CO2 by eight percent over the following 15 years. The big German car manufacturers lobbied the European Commission with vigor to further the diesel cause. Their position was that diesels were a quick, effective way to lower overall carbon emissions, the latter already agreed by Kyoto signers to be a primary climate change agent. Meanwhile, American and Japanese companies favored electric and hybrid development.

Quickly thereafter, the European automotive population rapidly turned diesel. What was a 10 percent market share in the mid-1990s became 31 percent by 2000 and over 55 percent by 2012. To complete the large incentive towards diesels, E.U. governments controlled the price of diesel fuel itself, keeping it below gasoline, and taxed the registration of diesel-powered cars at a much lower rate.

Now, with the VW scandal, it casts a darkness over all diesels, fully compliant or not. Few will harbor much compassion for the compression-ignition engine. Add more stringent emissions regulations that make diesels a far harder technical challenge, then also add the continued high cost of componentry required to make high-fuel-pressure turbodiesels operate, and it means a legitimate state of life support for the diesel. This is especially true in the US market, where diesels had already faced an uphill battle against an image forged in the late 1970s and early '80s by sub-par diesel engines from GM and slow, smoky ones from Mercedes-Benz, to say nothing of dirty commercial truck diesel imagery.

So, especially in the U.S., the diesel is now on its deathbed. 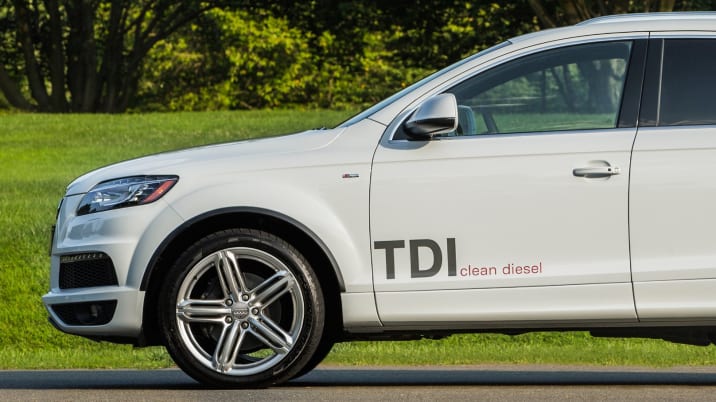 Volkswagen, Audi, Mercedes-Benz, and BMW have all, to varying degrees, wed themselves to the "clean diesel" notion in the US. It is so enmeshed with Volkswagen and Audi that TV commercials, digital advertising, marketing materials, even some branding on vehicles have already been euthanized.

For both VW and Audi, "clean diesel" became a virtual brand pillar. It allowed the brands to brag about their technical prowess, the resulting tangible benefits to customers, which quickly and elegantly dismissed the negative baggage associated with diesels in the US market. Audi has won eight Le Mans victories using "clean diesel" engines. While this scandal won't ever take away those and other motorsports achievements, it does stain them. 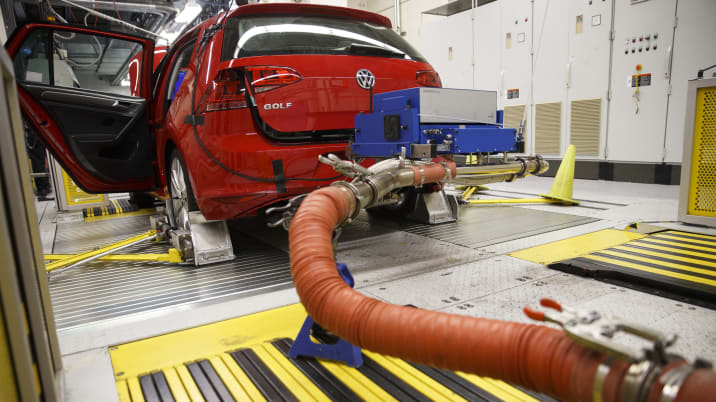 Currently, the EPA cannot keep up with the volume of new models requiring type approval for emissions certification in order to be sold in the US market. Therefore, since 2000, OEMs have been able to self-certify many models of automobiles for sale in the US. Often, the EPA retroactively returns to the backlog and confirms the claims of compliance, but the EPA does not have the resources to keep up with demand. That scenario will assuredly be scrutinized now, especially if the $18 billion fine and others against VW hold.

Important political point: Should anyone protest that this puts far more power in the hands of the government and will slow down commerce and approval of model variants into the market, just the opposite will be true. A better-funded, more fully-resourced EPA will process, respond, and approve vehicles far faster than it is able to do presently. And if it happens this way, it will have cost U.S. taxpayers nothing. 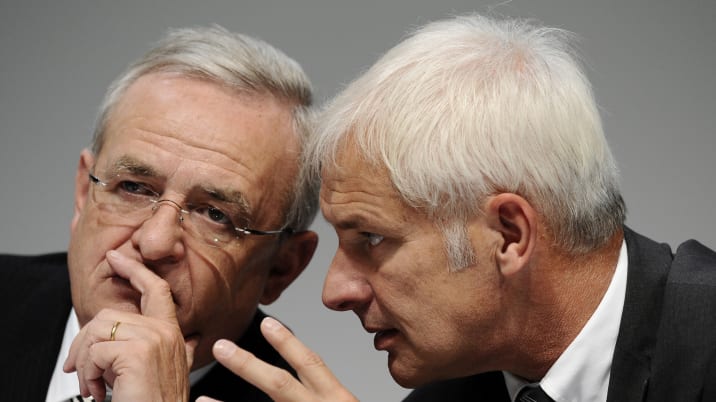 A cheating strategy so embedded deep within the digital bowels of Volkswagens and Audis worldwide is not an accident and cannot be unknown to top technical staff and management. This was borne out last week by the resignation of Winterkorn. The firings are not over, either. Every engineer within the top levels of VW management is fully apprised of technical achievement, especially when it involves efficiency, a core brand value across all VW Group brands. The vast portfolio also includes Audi, Porsche, Bentley, Bugatti, Lamborghini, Seat, Skoda, and Ducati motorcycles, plus MAN, Scania, and VW commercial trucks. Scapegoating lower levels of engineering will backfire and cost VW future engineering talent.

A Bright Spot: The Truth

As a result of the tumult and corporate carnage, I predict a bright spot. No Board of Management, no top executive, no engineer who strives for excellent and beneficial solutions to difficult problems will trifle with rules, regulations, legally binding national law, or customer and dealer relationships. It's hard to see it now, but we should all try to peer past the smoke, the fire, and the rubble and have faith.

I think the truth just won.