Autoblog joins Porsche for Rennsport Reunion V at Mazda Raceway Laguna Seca, the fifth international gathering of all things Porsche. If you've ever had a picture of a Porsche on your wall or dreamed of owning a certain model, either that very car or one just like it is here. Watching three 917 racers blaze over the rise at the front straight and down into turn one can make a viewer think, "So this is how Steve McQueen felt..."

It was a modern Porsche that delivered one of the highlights of the first day, though: we rode shotgun for three hot laps of the track in the new turbocharged 991.2-series 911 Carrera S, with Thomas Krickelberg, director of powertrain for the 911 model line, our pilot. We cornered him and August Achleitner, vice president of the 911 product line, for a few questions about the changes. 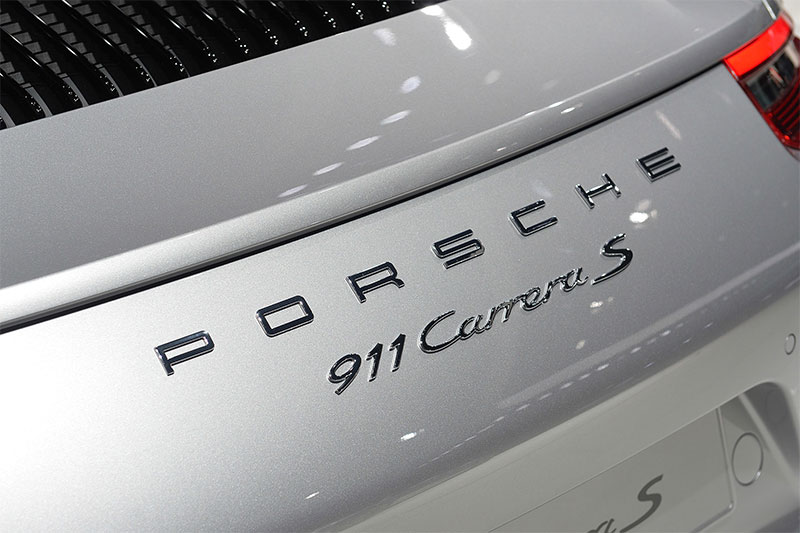 What do you call the standard 911 now that it has turbocharged engines? Carrera.

The move to turbocharging came to serve the twin kings of performance and fuel economy, but engineers played around with numerous configurations. A non-turbo engine displacing about 4.0 liters – that's as big as the 9A1 engine block can go – was considered, but that setup couldn't deliver the desired fuel efficiency. Krickelberg said engineers considered a small-displacement block of around 2.0 liters, but that was abandoned because "takeoff behavior was worse" because the turbo was called upon to do too much of the heavy performance living. Krickelberg added, "Not only that, but there was a too big a gap between real-world fuel economy and homologation fuel economy."

Base Carrera and the Carrera S models haven't used the same engine displacement since the 996 series departed at the end of 2004. Achleitner said, "We found 3.0 liters is the best solution to get the best mix of fuel and air in combustion chamber - it offered the best geometry, bore and stroke, and the size of the walls. We discovered that it was better to use different sized [turbo internals] than to use a different displacement." The turbos on both cars are the same size, but the base Carrera uses a 49-millimeter compressor wheel and 0.9 bar of boost to get its 370 horsepower and 331 pound-feet of torque, while the S uses a 51-mm compressor wheel and 1.1 bar to achieve 420 hp and 368 lb-ft. 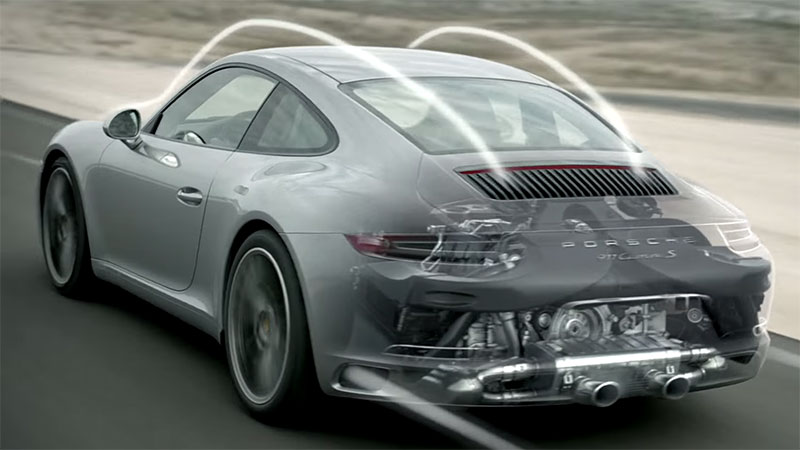 The turbo engine makes its torque down low.

The result is that these turbos, "are easier on the engine at 5,000 to 7,000 rpm, and everyday driving is easier" because they "feel the same as a naturally-aspirated engine but you get the advantages of a turbo, and you can go with low revs." He said the throttle response is one of the things he's most proud of in the new car.

Based on three laps around Laguna Seca, he has reason to be. Krickelberg had never driven the track before the first day of Rennsport Reunion, which meant caution through corners and forceful throttle inputs out of them. With just one caveat that we'll explain later, and even with hard inputs, this does not feel like a turbocharged car.

On the one hand, Porsche PR rep David Burkhalter thinks this shouldn't be a surprise. "We have 40 years of turbos behind us, so it's likely someone would think '[Porsche] can probably do it.'" On the other hand, the Porsche 911 Turbo – even the current one – isn't known for its deft touch. In fact, part of its myth and many of its misadventures have come from its own brand of sudden, unintended acceleration.

While acknowledging that we only got three laps in the passenger seat, we felt none of that turbocharged misbehavior in the 991.2. For years the 911 kettle didn't boil until you ran the tachometer needle past 3,500 rpm, and lately engines have got so tractable that you have wring that out beyond 5,000 to get it to scream. So the 911 has already been noted for a change of character around the middle of the tach. The key with the new engine is that the turbo are responsible for its personality switch.

The new turbo engine provides its torque down low, which makes a huge difference when compared to the previous mill. The 991-series Carrera S develops 325 lb-ft at 5,500 rpm, the 991.2 gets all of its 368 lb-ft from just 1,700 rpm. Driving a current, non-turbo, seven-speed manual 911 GTS to drive while we're here has reminded us about the relative lack of low-down torque in a 911, requiring a downshift of two or three gears to even start to get brisk acceleration. 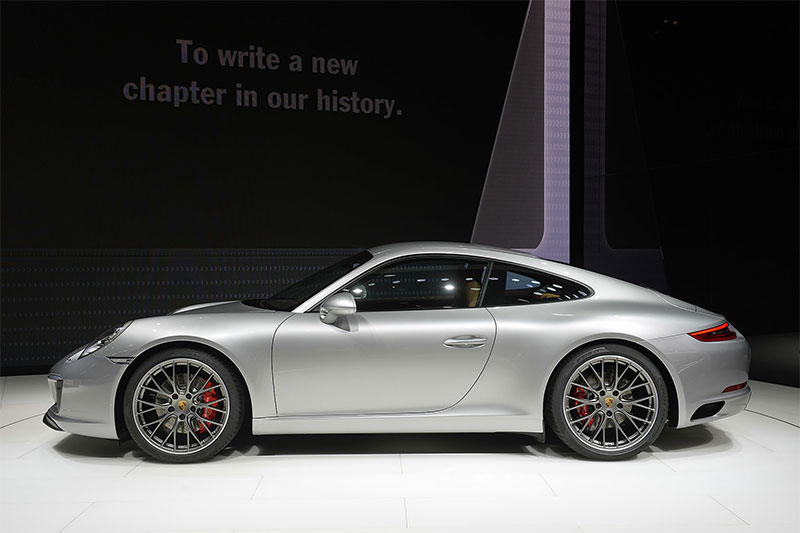 The new 911 Carrera feels almost nothing like a conventional turbocharged car.

Power comes on quickly in the 991.2, rises smoothly through the rev range and still hops into that keen wail above 3,500 rpm, feeling and sounding almost nothing like a conventional turbocharged car. Then you get to our one caveat at 6,500 rpm: that's when you can hear the turbo whine, whereas below 6,500, it sounds like an naturally aspirated engine.

Burkhalter told us, "We wanted it to sound like a 911 Carrera, which has traditionally been naturally aspirated." Achleitner said getting that sound was another big challenge. "You want to hear what you're doing with the accelerator and the load of the engine so you don't have to look at the rev counter. That took plenty of time."

Not only did they need to get the engine not to sound like a turbo, they had to get the cabin filled with the right kind of sound. On the current Carrera a tube runs from the intake to an opening just below the rear window to send engine noise to the cabin, a system Porsche calls Sound Symposer. There are no electronic components to it, only the tube with a membrane at the end; tweaking the engine noise is done by tweaking the size and stiffness of the membrane. All of that tuning is done by ear.

Achleitner said the new powerplant was so quiet that they had to add a second tube to the Symposer. "It was difficult from the engineering side to find the right location in the intake to hear the engine in the cabin so it sounds like a six cylinder," he said, "to optimize the membrane so it sounds like a flat-six, and so you don't just get the sound of air rushing by." He said the job proved so challenging that they only finished it six months ago. 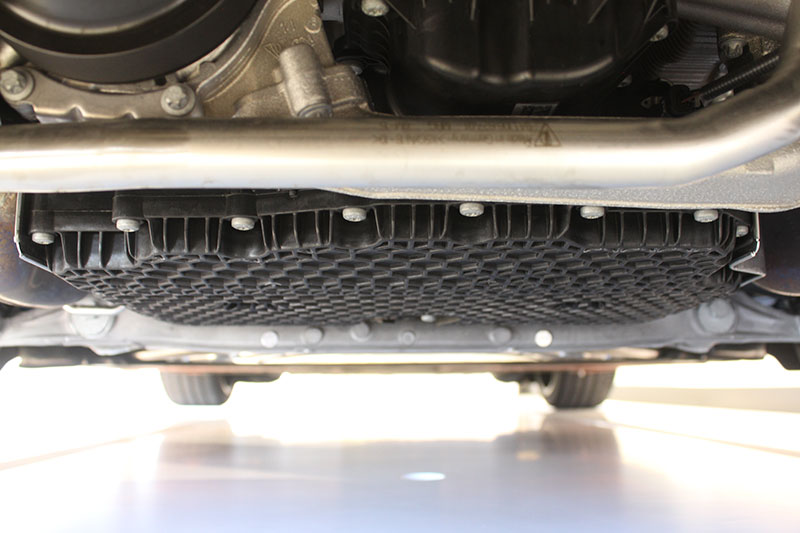 A few of the other detail changes on the new car: 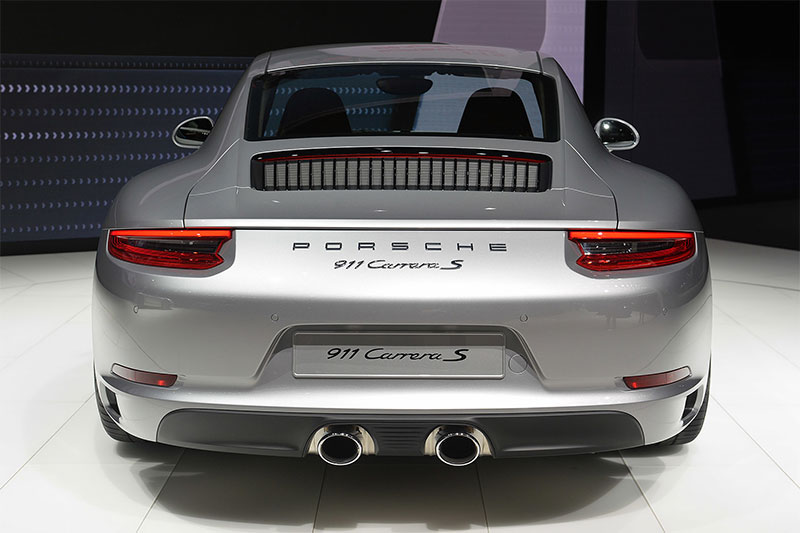 As for convincing the purists to give it a chance, Burkhalter said, "I think the air-cooled to water-cooled was a bigger transition. Americans love torque, and the new Carrera has more torque than the old Carrera S." Achleiter said, "Eighty percent of new 911 buyers are previous 911 owners. The hardest story with the purist is that he has to feel from the first test drive – which happens on city streets and not a racetrack – that the new car is even better." Our brief stint gives us good feelings that Porsche has done the big part of the job it needed to do. We'll know for certain when we get our first drive.

If there's any particular Porsche you'd really like to see or know about while we're here at Rennsport Reunion, let us know today in Comments and we'll do our best to find info and get shots of it.