Brabus Mercedes-AMG GT is a 600-hp exercise in restraint Big, wild, crazy vehicles from local tuners are one of the highlights of all European auto shows, where even high-performance cars get ludicrous amounts of horsepower and questionable body mods. Occasionally, though, one tuning shop comes out with something that is actually pretty reasonable in both departments.

At the 2015 Frankfurt Motor Show, that vehicle comes from Brabus and its take on the Mercedes-AMG GT, simply called the Brabus GT. Sure, it has 600 horsepower, which is a lot, but it's only 97 hp more than stock. Asking a European tuner to increase a car's horsepower by just 97 ponies is like asking a six-pack-a-day smoker to quite cold turkey – it requires a tremendous amount of self-control.

It's a similar story on the body, where we get a new body kit, new wheels, and a slightly tweaked interior. Now, to be fair, the body kit is made from carbon fiber and the wheels are staggered, multi-spoke alloys, but neither mod is too garish. The cabin gets new black leather, which comes from cows and not some other typical Euro tuner hide, like whale foreskin. The steering wheel gets an Alcantara wrap, and there's some carbon-fiber and wood trim added as well. It's all very, very simple, and not just for a European tuner – we could picture Mercedes itself coming up with a very similar treatment if/when it does an AMG GT Black Series.

We've got a wide array of live photos of the new Brabus GT from its Frankfurt debut. Scroll up and check them out. 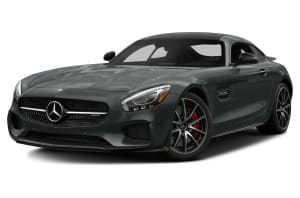