The Bentley Bentayga is launching a new era of ultra high-end sport utility vehicles that will see luxury makers vie for the world's richest and most exclusive customers.

The Bentayga is Bentley's first SUV, and it will formally debut next week at the Frankfurt Motor Show. It's loaded with Bentley's best technology and features, led by a 600-horsepower W12 engine. The mission is simple: stop giving up sales to other companies by not having an SUV in its portfolio.

"It creates an entirely new category of ultra-luxury SUV, where there are currently few rivals," IHS Automotive analyst Ian Fletcher said in a report.

But Bentley and the Bentayga will soon face stiff competition. Archrival Rolls-Royce will produce its own crossover to be built in England, though timing is unclear. Lamborghini has approved plans for a ute that will be assembled in Italy and launch in 2018. Even the sportier British brands are getting into the market. Aston Martin will make a crossover version of the DBX concept shown earlier this year in Geneva, and Jaguar is launching the F-Pace crossover, which will debut in Frankfurt.

These new entries will invigorate a segment that's comprised of the Mercedes G63 AMG and the Land Rover Range Rover SV Autobiography, and Bentley is poised to grab a large share of it, Fletcher noted. IHS forecasts Bentayga sales could hit 3,000 units per year in 2017 and 2018, pushing total Bentley sales to more than 10,000 in the next few years. The vehicle will also get plug-in hybrid and diesel variants to widen its reach.

The Bentayga is a sales grab, for sure, but Bentley took care to ensure the SUV remained true to the brand. It's laden with the top-shelf wood, leather, and metal, and it comes standard with an expansive panoramic glass roof. It also has intelligent features like electronic night vision and an optional responsive off-road system that can be configured to adapt to eight different settings. It's a different kind of Bentley, but it's a harbinger of things to come for the world's richest luxury makers.
Other News & Notes 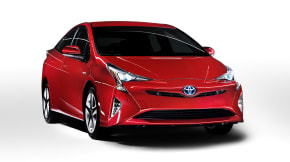 Toyota revealed the next-generation of its iconic fuel-sipping hybrid, the 2016 Prius, at an event in Las Vegas. The car promises 10-percent gains in fuel efficiency, though actual figures – and even powertrain specifics – were not revealed. We estimate that could mean about 56 miles per gallon in city driving and 53 on the highway. The Prius is 2.4 inches longer, 0.6 inches wider, and 0.8 inches lower than the outgoing car and is based on a new platform. The styling has evolved into an angular appearance with sharp lines and severe angles, evoking the look of the Mirai hydrogen fuel-cell car. 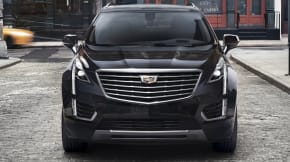 Cadillac's SRX-replacement is at hand. The New York-based luxury maker released several shots of the upcoming midsize crossover, which will be called the XT5 to fit in with Cadillac's new naming scheme (all new crossovers will use the XT designation, except the Escalade SUV). We see a bold grille, long light pipes that stretch down the front end, prominent design cuts on the sides, and an angled roofline. The XT5 is a critical vehicle for Cadillac, as it will slot in for the SRX, the brand's best-selling vehicle around the world. A part of the reveal, Caddy also flew an XT5 via helicopter over New York to generate publicity. The XT5 will officially debut in November at the Dubai Motor Show. 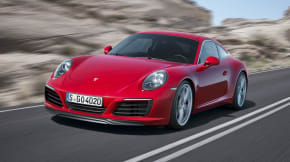 It was inevitable. The Porsche 911 Carrera and its high-powered S version are going turbo for 2016. The new 3.0-liter twin-turbo flat six is rated at 370 hp in the Carrera and 420 hp in the S, which is an increase of 20 ponies for each. The new engines are part of Porsche's freshening for the 911, which also includes updated headlights, a revised chassis, and the addition of an expanded communication/navigation system. The new 911 bows next week at the Frankfurt Motor Show and goes on sale in the United States in March with a starting price of $90,395, including destination. Have a listen to the new engine here.
Related Video: