Chris Bruce
Matthew McConaughey is getting back behind the wheel of a Lincoln for a set of cool new ads for the MKX. Unlike his oft-parodied spots for the MKC, the latest ones eschew the easy-going actor's semi-philosophical musings in place of some smooth jazz, a mysterious story, and shots of the luxury crossover on the road.

Separately, the three commercials are titled Welcome, Arrival, and Winning Hand, and they combine to tell a story of McConaughey getting ready for a game of poker. Of course, the MKX is meant to be the real star, and the spots show off its high-end tech, including a 360-degree camera, Revel Audio system, and hands-free parking. Keep an eye out for a cameo from a classic Lincoln in one of the ads. For really curious viewers, the automaker is also extending the story to its homepage to explain more about the people McConaughey is meeting.

In addition to giving McConaughey and the MKX starring roles, there's A-list talent behind the camera too. Replacing Nicolas Winding Refn from the MKC spots for these is Gus Van Sant, best known for directing Good Will Hunting and Milk, plus recent BMW i8 videos.

The new ads make their broadcast debut during college football games on Saturday, September 12 on ABC and re-air during NFL games on the 13th on CBS and Fox. However, you can get an early peek by watching the combined short film above. Let us know in Comments how you think they compare to McConaughey's MKC spots.

The new spots debut during key college football matchups on Saturday, Sept. 12, on ABC. They can be seen again during NFL games on Sunday, Sept. 13, on CBS and FOX.


"What appeals to me about this new series of ads is that while the overall Lincoln message remains consistent, the way it is delivered continues to evolve," said Matthew McConaughey. "It's exciting to have the freedom to explore and create new narratives."

"We've evolved this new campaign for the Lincoln MKX to include a story arc that unfolds over the course of three television spots," said John Emmert, Group Marketing Manager, Lincoln. "If the audience wants to learn more, they can visit Lincoln.com to access further content that tells the story in more detail."

The theme "The Feeling Stays With You" unites a series of spots crafted by acclaimed director Gus Van Sant. A key element of these new ads is the introduction of various characters who add depth to the stories through their interaction with McConaughey. On the Lincoln home page, the audience can explore some of the other characters' background to start to piece together the whole story about the evening and learn more about the entirely new Lincoln MKX.

All-new available features for Lincoln MKX, including the 360-degree camera system, hands-free parking aids and Revel® audio, play key roles as McConaughey journeys to a card game with friends where quiet confidence is a most useful attribute.

"Broadcast football is high-energy," said Emmert. "These spots will stand out in live-event sports programming as understated – yet highly compelling – mirroring the quiet confidence of the entirely-new Lincoln MKX."

"The natural, collaborative storytelling process between Matthew McConaughey and Gus Van Sant shines through," said Jon Pearce, Global Chief Creative Officer of Hudson Rouge. "Just as Matthew discovers in these spots, the all-new Lincoln MKX creates a feeling that sets the tone for a whole range of possibilities." 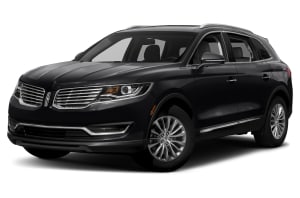