Why won't automakers slap on a turbo badge anymore?

Zac Estrada
Where have all the turbos gone? Not the actual pieces that go in the engine, mind you, those are everywhere these days as automakers downsize cylinder counts and boost efficiency and CO2 claims. But the turbo badges and fanfare are missing.

Back when turbos were something to get excited about there was " turbo-driven," " turbonium," and " The Turbo Zone," among other silly lines. But now that basically every car is getting some sort of boost even on the lowliest trims, automakers are almost sliding in the turbos under the radar. Or if you look at some of the nomenclature, pretending they don't exist at all.


The 911 Turbo badge shows where the car goes from being sane to lunatic. It's an important border.

The latest automaker to hide that it has boosted the turbo presence is Porsche with the 2017 911 lineup. Even the standard Carrera models now get turbocharged flat-six engines, meaning the 911 Turbo models aren't quite as special as they once were.

Porsche is in a sticky situation with this. The 911 Turbo, after all, signifies where the 911 family takes off from being a sports car and becomes the Ferrari fighter. The 911 Turbo badge shows where the car goes from being sane to lunatic. It's an important border, but now Porsche has crossed it and is trying to downplay the fact.

There are a lot of exaggerations with displacement badges today, with claims the 2.0-liter turbo four in a Mercedes C Class equates to a naturally aspirated 3.0-liter six to make a C300. Volvo is pretty far up there, too, saying an XC90 T8 means V8 power, even though it's a 2.0-liter turbocharged and supercharged four with electric assist. I don't know why BMW can't just call the car a 330i Turbo, rather than inflating the numbers up to 340i.

Saab tried all of this back in the '90s when it decided to turbocharge its entire lineup, from light pressure units all the way up to models actually called " Saab 9-3 HOT" (for high-output turbo). But then the brand deleted any external reference to the turbo under the hood and people wondered why they were buying a $42,000 four-cylinder convertible. And that didn't turn out well.

Even though these turbo replacements often make more power than their naturally aspirated predecessors, they're very different engines. People knew something changed when they exchanged their leased 328i with a 3.0-liter six for a 328i with a 2.0-liter turbo four. And people who've lusted after the distinctive sound of the flat-six that Porsche has been honing for more than five decades know there's something up when they get into their Carrera and hit the right pedal. 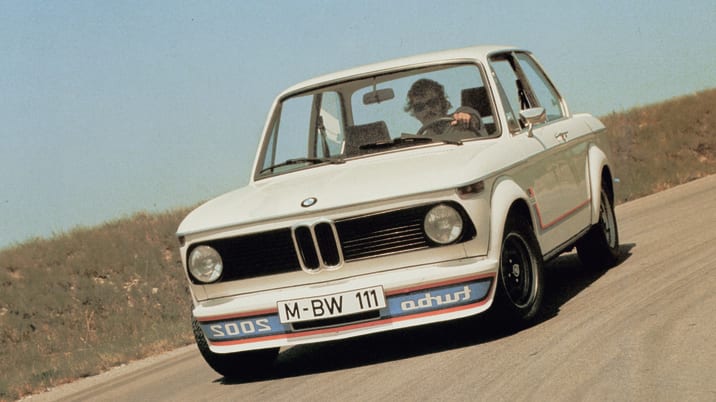 Don't get me wrong, I love a turbo. I've grown up on them and can't imagine my driving life without one. But I'm a bit of an egghead. And more importantly for consumers, no one likes finding out they've been deceived by a car company.

Which makes me wonder why automakers continue to pretend with these equivalencies. A lineup of C200 Turbo and C300 Turbo makes enough sense without running too much of a risk of making buyers think they're losing badge bragging rights. What if the base 911s were badged 911T, in an homage to simpler and less powerful times?

At some point, the vast majority of cars will be induced with some form of boost and even mainstream buyers are going to be pissed off by this level of badge fudging. For a lot of the new-car-buying demographic, turbos still have more of a performance reputation than an efficiency one. There are enough people out there who equate "turbo" with "max power" or some other boastful performance measurement. So why can't these cars just own up to it now?