Why Cadillac needs a real truck in its lineup

And No, We're Not Talking About A New Escalade EXT

Steven Lang
Premium brands such as BMW, Mercedes-Benz, Lexus, and Cadillac sell vehicles that cover the spectrum from car to crossover to SUV. But trucks? They remain the last frontier when it comes to luxury brands.

These days Chevy, GMC, Ford, and Ram sell cheap, bare-bones work trucks alongside loaded models that top $75,000. There is a reverse elitism that comes with this sales tactic. A brand gets to reflect a rugged working class lifestyle with the emblem up front, while what's behind it costs as much as a small house in middle America.

But Americans who spend big money on cars and SUVs have always gradually tailed towards luxury nameplates over time. Everyone knows what an Escalade is, and thanks in large part to that image the Escalade is now the best-selling fullsize luxury SUV in the USA. Cadillac's flagship model, along with its midsize luxury crossover, the SRX, routinely outsell the competition from Audi, Mercedes, and BMW, not to mention Ford's Lincoln brand and most of the Japanese rivals.

With trucks already dominating overall sales and headed into the pricing stratosphere, I believe it's time for Cadillac to consider a fullsize truck. And no, not a lipstick version that merely takes a Chevrolet Silverado pickup and throws in a few leather seats and some slight interior touches. That experiment already failed both for Cadillac (the Escalade EXT) and for Ford's Lincoln brand ( Blackwood, Mark LT). 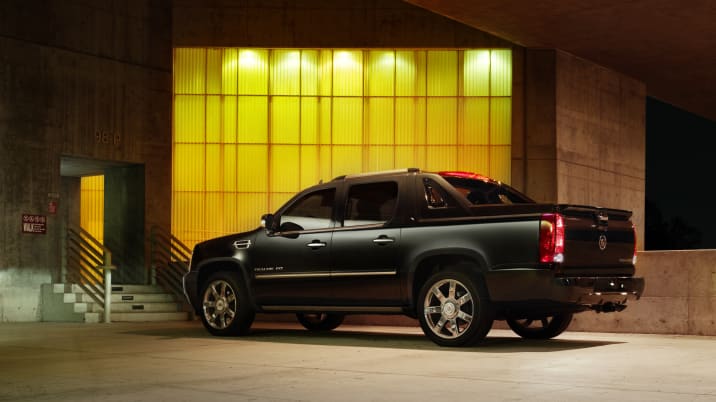 Cadillac is an American brand that currently focuses a ridiculous amount of energy and resources trying to compete with European car offerings.

The brand needs to create the Cadillac of trucks. Head honcho Johan de Nysschen has been blunt in his desire to "restore Cadillac to the pinnacle of global premium brands, not in sales but in aspirational brand character." This sounds well and wonderful. But the present problem in achieving this goal is that, on a global basis, Cadillac is a failed brand. Look at Europe, where Cadillac has sold so poorly in recent years that former Soviet manufacturer Lada managed more new registrations in 2014 by a factor of more than four to one.

Cadillac is an American brand that currently focuses a ridiculous amount of energy and resources trying to compete with European car offerings. After more than 20 years of Cadillac models selling themselves as import killers, the only one with sustained success has been the CTS, and even that has been a marketplace loser for the last several years. The CTS-V? A fantastic car by any measure except in raw sales numbers. ATS? Another sales loser. GM has laid off factory workers because of it. XTS? A dead dog. And that's the total of the brand's current car lineup until the CT6 flagship arrives later this year.

So where has Cadillac succeeded? With SUVs, specifically in the United States and China. The Cadillac SRX ranked third among luxury crossovers in May 2015, beating out nearly two dozen German and Japanese competitors, and the Cadillac Escalade lead the entire market. 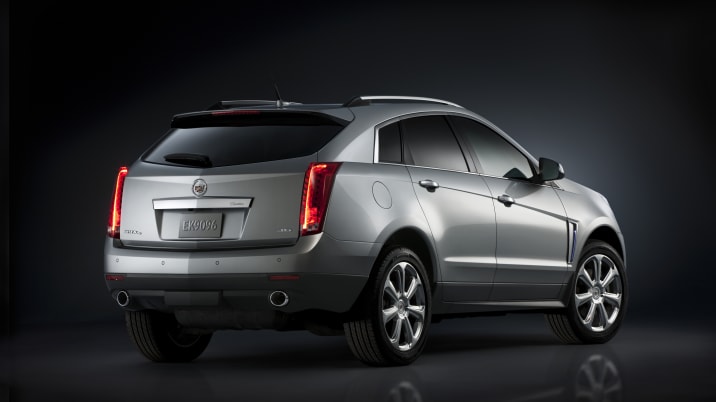 Those two models in the US alone account for over a third of Cadillac's global sales volume. Throw in Chinese SRX and Escalade sales, and Cadillac moved nearly half its global units this year with just two SUV models in two markets.

This sales record, and Cadillac's inability to register even a hundredth of one percent of sales volume in Europe, makes me wonder if Cadillac should continue spending billions in the near future on cars instead of trucks. To its credit, Cadillac already has plans to expand headlong into compact crossovers and may also add a three-row, fullsize CUV. But it's barely a drop in the financial bucket compared to how much money is already wasted on cars that simply don't sell outside of the United States.


It can't simply be a Silverado High Country or Sierra Denali with a Cadillac crest, which is what led to the failure of the Chevy Avalanche-based Escalade EXT.

It's like building a playground swing that faces a brick wall. Cadillac's desire to compete with a global car strategy makes just about as much sense as Major League Baseball trying to make the national pastime a global pastime. There are some things that just don't play in Berlin or Bombay; baseball and Cadillac cars are at the top of that list.

So where should Cadillac focus its resources? A premium fullsized truck should become a reality for Cadillac by the time GM launches the next generation of the Silverado and Sierra around 2017.

There is more than just gas prices on Cadillac's side this time around. Fullsize pickup trucks have become the locomotive of profitability in today's global marketplace, with GM's crosstown rival Ford now chalking up nearly $13,000 in profit per F-150. The average F-150 now sells for more than $44,000, which is over nine percent higher than last year's $40,700 transaction price.

GM will have to figure out how to attract the wealthiest buyers who want the best of everything in a truck. It can't simply be a Silverado High Country or Sierra Denali with a Cadillac crest, which is what led to the failure of the Chevy Avalanche-based Cadillac Escalade EXT. I mean a premium truck with a unique engine and a long list of features you can't get anywhere else that raises eyebrows for all the right reasons and can be successfully retailed in the $70,000-to-$95,000 price range.

America and the pickup truck are synonymous – and it's about time the Cadillac brand and General Motors took the segment more seriously. There are plenty of other markets that may be worth Cadillac's time. But if Cadillac wants to represent itself as the world ambassador of American luxury, I think it's high time the brand takes a crack at a luxury version of what America does better than any other country.