Should you buy an EV?

Gas prices are hitting the skids and EVs are following suit; nearly every model in today's market has experienced a double-digit decline in sales – with the always notable exception of the Tesla Model S. Some EVs are in the last year of their generation while others have been half-heartedly designed and engineered to fulfill federal government quotas. The two non-Tesla front runners, the Chevy Volt and Nissan Leaf, are in the unfortunate position of offering customers "2015" vehicles that were designed with 2011 in mind. Yet there's plenty of love in the air. 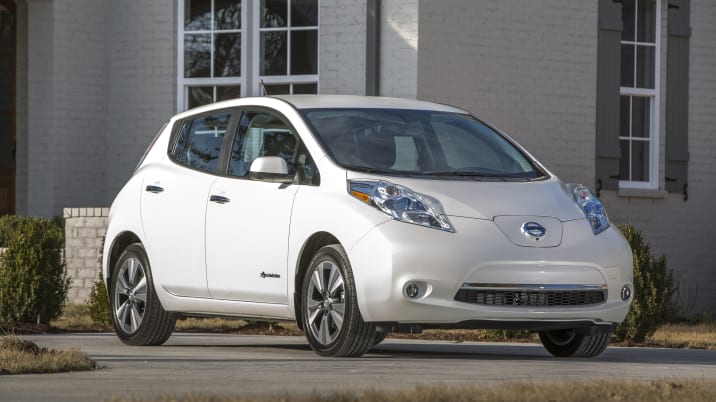 Nissan has built over 180,000 Leafs worldwide, and chances are you will be seeing a second electric vehicle accompanying the Leaf when the new generation is released in the coming months.

The Chevy Volt now offers the highest customer satisfaction out of any car or truck sold in North America. Forget the luxury cars, the sports cars, the family trucksters, and even the rolling flagship that guides Tesla's jaw dropping valuation on Wall Street. You want happy with your EV? The brand that's rocking the segment right now is Chevy. It's been doing so for a while.

The EV market is poised to become a lot more sophisticated over the next 18 months with the three leading manufacturers – Tesla, General Motors, and Nissan – launching five brand new models along with no fewer than 16 other manufacturers making many of their bread and butter cars available as plug-in hybrids.

So, if you want to keep your money as far away from the Arab dictatorships and Russian mafia as Mercury is from Pluto, and enjoy your commute, we're more than ready to do our part! So let's begin with the most important question.

How much driving do you generally do in a day? If the answer to that question is 50 miles or fewer, an all-electric vehicle like the Nissan Leaf may be the best ingredient for your driving recipe. This is especially true if you have a second vehicle you can use for the occasional longer drive or are willing to rent for the weekend.

But here's a little surprise for you. The upcoming Chevy Volt was designed to be driven in all-electric mode for over 50 miles. Fifty-three, to be exact. Plus, the Volt's battery has experienced a lot fewer deterioration issues than the Nissan Leaf's due in part to the Volt's liquid-cooled battery, which also uses a lot less of its capacity than the air-cooled Leaf's does. 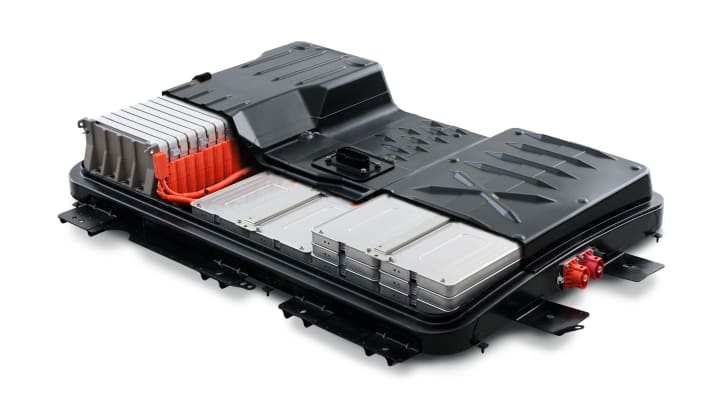 Although the Leaf now enjoys a new 'Lizard' battery that is further helped by upgraded software, it does have one notable weakness – which brings us to our next question.

Do You Live In An Extremely Hot Climate?

Nissan Leafs have experienced minimal capacity losses in places where there is sometimes snow on the ground, clouds overhead, and a chill in the air. In fact, the first person to reach 100,000 miles with a Nissan Leaf, a taxi driver from the United Kingdom, only experienced a two-percent loss in his battery's range. But the issues in the hottest climates, such as in the American Southwest, have been well documented and the effect this has had on projected resale values is unmistakable.

The Leaf, along with other all-electric vehicles, still comes with question marks if your idea of long-term car ownership exceeds 100,000 miles. Nissan has tried to decrease this risk by offering an 8-year/100,000-mile warranty along with a battery program that allows you to essentially have a free battery replacement so long as you pay $100 a month for the protection policy. Something to consider.

Are You A Trader Or A Keeper?

Do you plan on leasing your vehicle or buying it for keeps? There's good news on both sides of the ledger. Automakers seem to be hell-bent on leasing EVs, to the point where your cost per month can be far less than a reliable beater, all on a car with competitive standard equipment and safety features. Nissan routinely ran $199/month leases on the Leaf, while General Motors offered $299/month leases on the Volt, which was priced right near $40,000 at the time. In fact, manufacturers seemed to provide leases during the life of these vehicles that made them almost as cheap to operate as a 10-year-old Nissan Sentra. When gas was expensive, the scales tilted even further in favor of the EVs. So if you want to just have a taste of the electric vehicle and make at least $46,000 a year, the world of leasing may be your best bang for the buck. But we have one other important question to ask you... 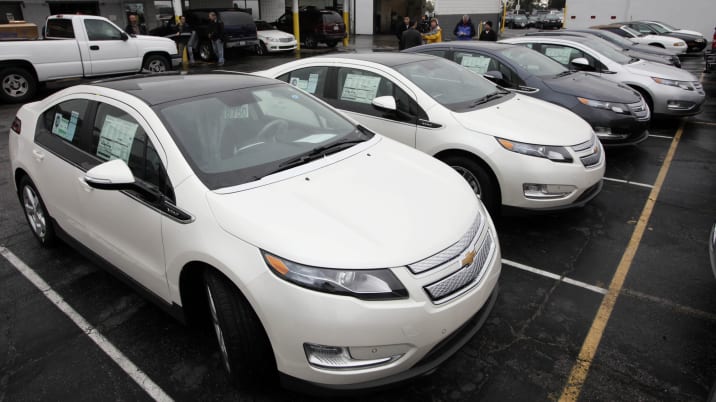 Are You Willing To Buy Used?

I recently helped Aaron Robinson of Car and Driver pursue a 2013 Mitsubishi i-MiEV that had a mere 2,600 miles. His price for an SE Premium with navigation? $8,400. Now, mind you, used EVs cannot take advantage of the $7,500 federal tax credit that's still valid on new electric vehicles, although a few states have now broadened their subsidies to include used vehicles as well.

There is another hidden benefit to buying an EV used in today's market besides a low price: low mileage. A lot of folks who leased an electric vehicle used them primarily as a toy. They had other vehicles to drive daily and this reflects on their lack of miles. Electric vehicles are not nearly as popular now as they were back in the days when gas well north of $3 a gallon. But don't look at an electric vehicle based solely on the numbers because if that's your priority, you should really be shopping for a 1994 Geo Prizm.

Electric vehicles aren't all about being cheap. On today's traffic-laden roads they are a testament of quiet and quality. Automakers have invested billions of dollars into making electric vehicles a success, and the customer satisfaction results from their current owners have been surprisingly strong.

So, we get back to the big question: Should you buy an EV? That depends on your priorities. If you look at an EV strictly as a rolling spreadsheet where the numbers tell the tale, then we would advise against it. Number crunchers typically only get ahead when they focus on older used cars with a solid maintenance and reliability record – or small inexpensive new vehicles that are on their way to the next generation.

Electric vehicles really aren't a numbers game unless you want to lease the vehicle and have the financial resources to take advantage of the federal and state tax credits. If you fall into that category and get to see some seriously low lease offerings, consider that an added plus.


What we believe makes EVs worth the investment is their real-world performance. From lightning fast 0-to-60 times thanks to having all your torque power available at zero rpm, to the rolling testament of quiet you experience on the road, electric vehicles also offer you a lower center of gravity that lends a level of handling and weight distribution that makes a hum-drum commute a fun and rewarding experience.

Want an EV? Go drive one. The best barometer for whether any car is worth keeping always comes down to whether it puts an ear-to-ear grin on your face.