Greg Migliore
Some people get an inordinate amount of attention. In politics, it's Donald Trump. In football, it's Jim Harbaugh. And in the auto world, it's Elon Musk and his always-fascinating electric car company, Tesla Motors.

General Motors is spending $877 million to upgrade a factory. So what! US auto sales are up. Who cares? Tesla has a metal snake that will recharge your car! So was the week in Tesla – er, the industry.

Snarkiness aside, Tesla did dominate the news cycle, led by the announcement the company lost $184 million in the second quarter. Tesla also said it expects to deliver between 50,000 and 55,000 vehicles this year, and is preparing for a full launch of the Model X crossover in September. Musk also made news during the earnings call by simply not answering a question about ride sharing, leading to speculation Tesla could be considering its own operation.

While the financials were the arguably the most important company news, reports of a Model S cyber hacking were more compelling fodder for Tesla followers. Researchers were able to attack the sedan and bring it to a stop, though they required access to the car first. Tesla says it already has deployed a remedy for the situation.

On a lighter note, Tesla published a video of its metal charger prototype that autonomously uncoils like a snake to power up the company's vehicles, provoking plenty of humorous comments and comparisons. Watch it and decide for yourself.

While some of this might seem trivial, much of Tesla's recent attention has been warranted. It's the first startup US automaker in decades to launch from nothing and actually gain traction in the market. Sure, Musk is a lightning rod and Tesla always seems to be in the spotlight. But amid all of the publicity, it easy to lose sight of the new reality: Tesla is a force.
OTHER NEWS & NOTES 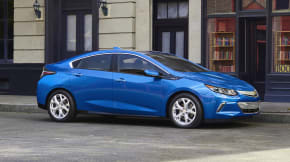 The Chevy Volt's vitals are looking healthier for 2016. The second-generation plug-in hybrid racks up a gaudy 106 miles per gallon equivalent, which is an increase of eight MPGe from the 2015 model. The new Volt can travel 53 miles on electricity, a significant jump from the 2015 Volt's 38-mile range. The new car also has a 420-mile total range when factoring in the capability of the gasoline engine, which is 40 miles greater than the current car offers. Chevy fortified the '15 Volt with a more powerful lithium-ion 18.4-kilowatt-hour-battery pack and a 1.5-liter four-cylinder engine that's larger yet more efficient than the outgoing model. 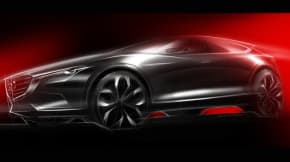 Mazda announced this week that the Mazda5 minivan will be discontinued after the 2015 model year and said there are no imminent plans for a replacement. The confirmation is no surprise. Mazda5 sales have plummeted 22 percent this year to 6,835 units through July. Last month was particularly dismal, and the company sold only 551 copies of the Mazda5, a 64-percent collapse. Meanwhile, the company previewed a new crossover concept called the Koeru that will debut at the Frankfurt Motor Show. Details are slim, but the sketch shows off another evolution of Mazda's Kodo design language. 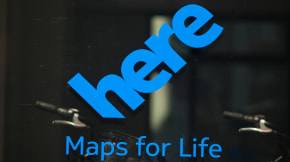 Audi, Daimler, and BMW banded together to buy Nokia's mapping system, called HERE, in a deal that was confirmed this week. The automakers plan to use HERE's technology to advance their autonomous and connected driving programs. The sale is reportedly for about $3.1 billion. HERE will remain somewhat independent, and the car companies say they won't try to take controlling stakes in the venture. The deal is expected to close early next year.