Sampling toys and tools in the Honda Dream Garage

Honda Makes More Than Cars, And We Get To Sample It All

David Gluckman
I have two Hondas in my modest garage. One is a 1972 CB450 that I cherish but rarely ride, the other a 2014 HRR216 mower that my neighbors probably wish I'd use more often. Not quite dream garage material, but I like my trusty Hondas all the same. So I was pretty geeked to visit what Honda calls its Dream Garage.

Spoiler alert: There was no actual garage. The various Honda products were spread out over a few acres of private land. And before you ask, no, the HondaJet wasn't in attendance.

No confining garage meant I got to try a bunch of this stuff out. Honda makes such a wide variety of products, and so many of them, that it is the number one maker of engines in the world, having built 28 million in 2014. Highlights included a smattering of motorcycles, some rugged side-by-sides, the Uni-Cub assistive mobility device/powered stool, a few boats, Honda's latest cars, and snowblowers. Yep, in Southern California in July. They used damp sawdust for demonstrations, which meant I got to run a giant snowblower in a t-shirt.

Watch the video above to see me ride, drive, walk behind, and be assisted by some of Honda's latest gear that isn't a car. 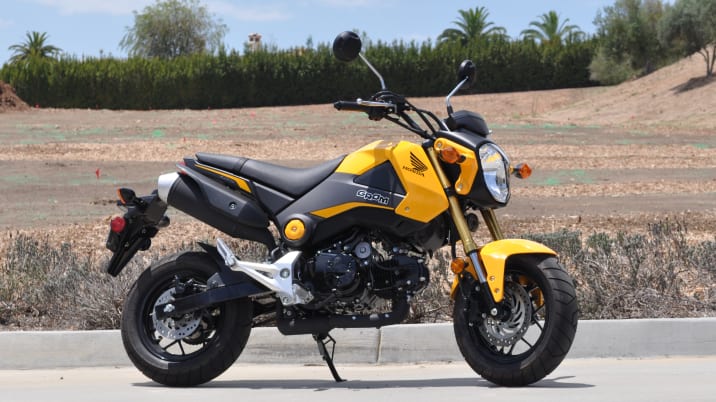 Some of my favorites:

The Grom. I've wanted to ride one since it came out a couple years back. This miniature motorcycle is hilarious and surprisingly rideable given its 125-cc single, which puts out about eight horsepower. It'll do 45 mph pretty easily, which feels fast on this baby bike. The only thing that takes getting used to is the time required to glance down at the instruments – they're way down there. Otherwise, it's a normal motorcycle with tiny wheels and a tinier engine.

Riding the Uni-Cub was another dream experience of mine. It's much more intuitive than a Segway and makes you look slightly less goofy. I felt like I was in an OK Go video. It was neat.

One item that didn't make the video is the NM4 you see here: crazy anime-inspired styling, a dual-clutch transmission, and then more crazy styling. The DCT means your left hand and foot get a rest. I still grabbed for the clutch every time I started the bike, though. Old habits and their hard deaths. 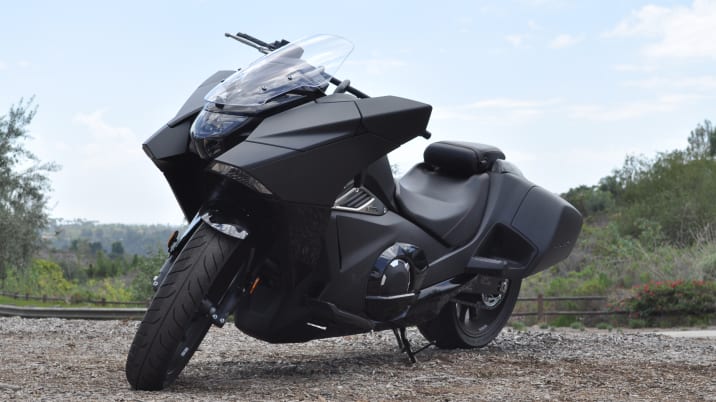 Honda is also putting a dual-clutch transmission into one of its newest side-by-side offerings, but it was only on display and not available to pilot. I drove one with a traditional auto and another with an automated manual – and paddle shifters! Not quite the crazy sportsmobiles that Polaris' RZR line is made of, but Honda's Pioneers are actually somewhat useful while also able to turn rearranged dirt into fun.

And then there were the snowblowers. As a Michigander, I have experience with moving large quantities of snow with machines, but I've never used anything as advanced as what Honda is selling. The biggest blower is actually a hybrid; a gas engine runs the auger, while an electric motor turns the tracks and is fed by batteries that get charged by an engine-powered generator. With this setup, if the auger bogs down it doesn't affect forward motion. It was easy to run despite the many levers and joysticks, and there's even an Auto mode that will adjust the auger's height and rotation to follow lumpy terrain.

I had a good time in the Honda Dream Garage, even if it doesn't actually exist. If only I could say the same of my lawn.