Greg Migliore
There's always been a certain risk associated with driving, and this week cyber security came into focus as the latest danger zone when researchers demonstrated how easily they could hack into a 2014 Jeep Cherokee from across the country. The incident raised concerns over the vulnerability of today's cars, many of which double as smartphones and hot spots.

During the now-infamous experiment, Chris Valasek and Charlie Miller infiltrated the Jeep's cellular connection and were able to control the infotainment system, brakes, and other functions. The hackers told the Jeep's maker, FCA US, of their findings last year, the company devised a software fix. Though Valesek and Miller hacked a Cherokee (like the one shown above), several FCA products, including recent versions of the Ram, Grand Cherokee, Dodge Durango, and Viper were also affected, illustrating potentially wide exposure that could reverberate across the sector.

"For the auto industry, this is a very important event and shows that cyber-security protection is needed even sooner than previously planned," Egil Juliussen, senior analyst and research director for IHS Automotive, wrote in a research note. "Five years ago, the auto industry did not consider cyber security as a near-term problem. This view has changed."

Hours after the Cherokee hacking incident was publicized on Tuesday, Sens. Ed Markey (D-Mass) and Richard Blumenthal (D-Conn) introduced legislation to direct the National Highway Traffic Safety Administration and Federal Trade Commission to establish national standards for automotive cyber security. The bill also would require vehicles to have a cyber-rating system to alert consumers how well their cars' privacy and security are defended. "Drivers shouldn't have to choose between being connected and being protected," Markey said in a statement. "We need clear rules of the road that protect cars from hackers and American families from data trackers."

Though FCA and its Jeep Cherokee were in the spotlight this time, they were just the latest to showcase how automotive technology has advanced faster than safety and regulatory measures. IHS forecasts 82.5 million cars will be connected to the internet by 2022, which is more than three times today's level. "Cyber-security will become a major challenge for the auto industry and solutions are long overdue," Juliussen said. "The auto industry is adding cyber-security, but the question is whether it is fast enough to avoid major incidents."

FCA responded Friday with a voluntary recall covering 1.4 million cars in the US. The automaker is offering a software update to certain cars' Uconnect systems to keep them safe from hacking.
OTHER NEWS AND NOTES 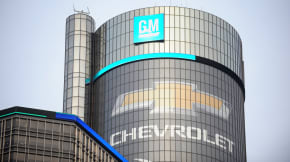 General Motors said Thursday it made $1.1 billion in the second quarter on revenue of $38.2 billion. Despite the profit, GM earnings were weighed down by a $1.1-billion loss from special items, including currency devaluation in Venezuela, write-downs of assets in Thailand, and more costs related to the ignition-switch compensation program. CEO Mary Barra reiterated GM remains on track for its financial objectives. "We said our goal was to improve our earnings and margins this year, and we are on-plan," she said in a statement. "Consistent with that, we believe our results in the second half of the year will be even better than the first half, and we're confident we will meet our 2016 targets." 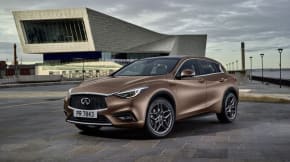 Infiniti released an image of its much-anticipated Q30 Tuesday ahead of the hatchback's live debut at the Frankfurt motor show in September. The swoopy design remains faithful to the Q30 concept Infiniti showed in Frankfurt two years ago. Details are still thin, but we expect the small car to run a turbocharged 2.0-liter four-cylinder engine and arrive next spring in the United States. The Q30 will offer a diesel engine in Europe, where it will launch at the end of this year. Infiniti showed a crossover variant, the QX30, in March at the Geneva motor show. It will also go into production late this year. 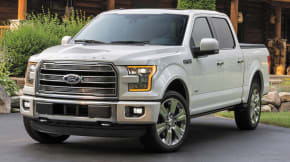 Ford will launch a loaded version of the F-150 this winter called the Limited Edition. It's a rolling showcase of the truck's top amenities and safety features, including Sync with AppLink, a 360-degree camera, LED headlights, and adaptive cruise control. Inside is Mojave leather, a 10-speaker sound system, and an engraved VIN plate in the center console. The exterior view is perhaps even more distinctive, with Limited spelled out in caps across the hood, 22-inch wheels, and a custom grille. Power comes from the 365-horsepower EcoBoost V6. The F-150 Limited will be slotted above the Platinum, and we expect it to start around $60,000.
Related Video: