If you have ever wanted to be a part of the supercar business without having to bother with all of the pesky design, engineering, or development work, there's an investment worth looking at. GA Global Partners is now accepting offers on a private treaty sale for all of the assets and intellectual property for the Saleen S7, S7R, and S5S Raptor. The person that purchases the lot immediately becomes the new rights holder for one of the premier supercars of the naughts.

The collection included here is essentially everything you need to supply the niche world of S7 owners, and it contains all of the remaining inventory, parts, memorabilia, molds, designs, and intellectual property related to the three supercars. In addition to the only example of the S5S Raptor concept (pictured above), the sale also includes six remaining chassis for the S7 and S7R.

GA Global Partners is quite clear that people are not buying these goods from Saleen Automotive, and the collection doesn't include the name or trademarks. Rather, this sale is from a separate company that "is not related to or affiliated with" the supercars' former maker.

While the new owner could conceivably start a small business with the S7 parts, the low-slung S5S Raptor concept is likely the real prize here due to its rarity. Unveiled at the 2008 New York Auto Show, the supercar was meant to slot below the S7 in Saleen's lineup. Power came from a supercharged 5.0-liter V8 running on E85 that made 650 horsepower and 630 pound-feet of torque, and the mill was hooked up to a six-speed manual. The sprint to 60 was claimed to take just 3.2 seconds. Production was thought to begin in 2010 with prices around $185,000, but that never happened despite several attempts from the brand. 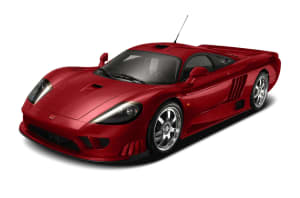