Pete Bigelow
Since NASA's space-shuttle program ended four years ago, many of the hangars and buildings on the sprawling Kennedy Space Center launch site have gone unoccupied. Florida officials have a plan to change that.

The storied grounds once used to put America into space could soon be used to test another next-generation technology: autonomous vehicles. An official with the Florida Department of Transportation said the state's economic-development arm has been courting carmakers and other companies experimenting with autonomous technology for the vacant spaces.

"We're working to repurpose Space Shuttle facilities for additional automated technologies," said Paul Steinman, a regional secretary within the Florida DOT. He discussed the intentions Thursday during a conference on autonomous vehicles in Ypsilanti, Michigan. No contracts have been inked, but he said state DOT has discussed its plans to utilize the facilities for autonomous testing with both NASA and federal transportation officials.

Part of the allure of the facility is that its runway could be an ideal place for high-speed autonomous tests, he said. At 15,000 feet long and 300 feet wide, there'd be ample room to for testing certain aspects of autonomous capabilities, such as how self-driving cars merge with highway traffic. This marks the first time self-driving cars could join other research-and-development efforts already afoot on Space Coast, and it underscores the efforts Florida officials are undertaking to make the state a hub for self-driving car research. 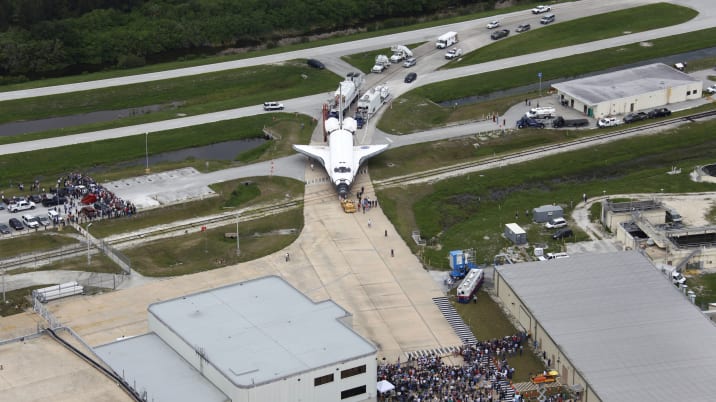 An autonomous test facility is scheduled to open soon in Lakeland, Florida, and the University of South Florida opened an Autonomous Vehicle Institute in 2013. The state plans to host a conference on autonomous vehicles in December. Florida is one of only four states to have laws governing the development of autonomous vehicles on the books, joining California, Michigan and Nevada. Washington D.C. also has a law that permits autonomous testing.

Despite the end of NASA's shuttle program in 2011, commercial use of the Kennedy Space Center and Canaveral Air Station sites has proliferated, with private companies using the facilities to launch rockets and satellites into space. Space Florida, an economic-development office in the state, has been leading the efforts to recruit those companies. Asked about its efforts to woo self-driving car companies, a spokesperson with the organization did not return requests for comment Thursday. Last month, Jim Boxold, another FDOT secretary, told a group of highway and transportation officials that he believed autonomous and connected cars would be operating on Florida highways within the next five to ten years.

Florida is not the only state with such intentions. Earlier this week, officials in Michigan opened an autonomous- and connected-car testing facility in Ann Arbor called Mcity. In a ribbon-cutting ceremony, politicians hailed its opening as a means to ensure automotive technology jobs remain in the state, rather than losing them to Silicon Valley, where Google is developing a large autonomous fleet.