Plus: Notes On GM's Truck Facelift, Tesla Updates, And The Apollo Mustang Volvo is taking its performance business in-house, and the Swedish carmaker announced Tuesday that it bought tuning company Polestar, which has long been known for producing sporty Volvos.

The move allows Volvo to ramp up its performance business, and it plans to increase Polestar-branded vehicle sales to 1,000 to 1,500 annually, up from the 750 total projected for this year. The companies have been working together on motorsports projects since 1996. Financial terms of the sale were not released, and Polestar workers will move over to Volvo. Former Polestar owner Christian Dahl will keep control of the Polestar racing team and operate it under a new name.

In addition to sales volume, Volvo has ambitious plans for other parts of Polestar, including its aftermarket business. Volvo also said it will use its twin-engine hybrid technology for Polestar models in the future, though specifics and timing were not revealed.

Meanwhile, Volvo announced it will offer a run of 265 total Polestars in the United States for the 2016 model year, with S60 and V60s available.

"Driving a Volvo Polestar is a special experience. We have decided to bring this experience to more Volvo drivers, placing the full resources of Volvo behind the development of Polestar as the model name for our high performance cars," Volvo CEO Hakan Samuelsson said in a statement. OTHER NEWS & NOTES 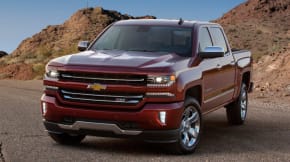 Automakers tend to refer to light updates as 'facelifts,' and that's exactly what Chevy gave the 2016 Silverado and GMC Sierra. Chevy slightly changed the front end of the truck. Using the one photo released of the new Z71 model as a guide, we can see that the headlights went from a stacked vertical design to single bulbs, and they are set on top of LED running lights. The grille has more body-colored elements instead of shiny metal, and the hood has a new line running down the middle (look really closely). The design theme will be similar across the portfolio, though materials and details will vary, a spokesman said. Some models, like the High Country and LTZ will have more chrome, and the LEDs are only for the upper trims.

Chevy also said it will use the eight-speed automatic transmission on more versions of the Silverado, and it updated the MyLink feature to support Android Auto and Apple CarPlay. Still, the Silverado is the second best-selling truck in America behind the Ford F-150, so any changes, however slight they may appear, matter in this ultra-competitive segment. The current generation of the Silverado launched in spring 2013, so a full redesign is still years away. The 2016s arrive this fall.

Meanwhile, GMC likewise gave its fullsize truck fresh styling. The Sierra receives C-shaped LED running lights and taillights. LEDs are also used for the headlights and fog lights. The front fascia, grilles, and bumpers are also new for '16. Like the Silverado, the Sierra goes on sale late this year. 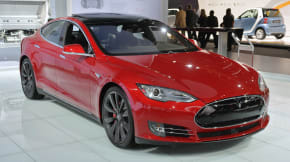 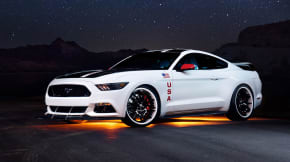 Ford has a long history of creating aviation-inspired Mustangs to benefit the Experimental Aircraft Association's youth programs. The latest, called the Apollo edition Mustang, will be auctioned next Thursday at the EAA's annual event in Oshkosh, WI. The Apollo Mustang marks NASA's Apollo program, which resulted in the historic 1969 moon landing. The car has special black and white paint that's not used in production. It's fitted with a supercharger that boosts the V8's output to 627 hp and 540 pound-feet of torque. There's also a custom exhaust, six-piston Brembo brakes, and 21-inch wheels. Ford used carbon-fiber for the splitter, rocker moldings, diffuser, and accents. It's all set off with LED underbody lighting. Related Video: