Following a preliminary evaluation by the National Highway Traffic Safety Administration in April 2015, Subaru is recalling 32,400 examples of the 2012 Impreza sedan and hatchback to repair the Occupant Detection System. The affected vehicles have production dates between April 21, 2011, and February 16, 2012. However, the WRX and STI are excluded from this campaign because they use a different part.

The Impreza's problem concerns the front passenger seat's Occupant Detection System. In these models, the part uses capacitance to determine if someone is present and activates the airbag. According to the documents submitted to NHTSA (as a PDF), if the person sitting there uses a device plugged into the accessory outlet or touches an electrically grounded part like the metal seat adjuster, the ODS recognizes an increase in capacitance. It can then deactivate the airbag. Obviously, this could be a hazard in a crash, but there would be a warning light showing the safety device as off.

To solve the problem, dealers will install a modified Occupant Control Unit. The initial investigation was prompted after 26 complaints to NHTSA about the ODS not working properly. In 2012, Subaru also issued a technical service bulletin that attempted to repair the issue.

SUMMARY:
Subaru of America, Inc. (Subaru) is recalling certain 2012 model year Subaru Impreza 4-Door and Station Wagon vehicles (except WRX/STI models) manufactured April 21, 2011, to February 16, 2012. In the affected vehicles, the Occupant Detection System (ODS) may deactivate if a front seat passenger operates a device that is plugged into the power outlet such as a music player or cell phone, or touches a metal part of the vehicle such as the forward/rearward seat adjuster lever.

REMEDY:
Subaru will notify owners, and dealers will replace the Occupant Control Unit with a modified one, free of charge. The manufacturer has not yet provided a notification schedule. Owners may contact Subaru customer service at 1-800-782-2783. Subaru's number for this recall is WQT-55. 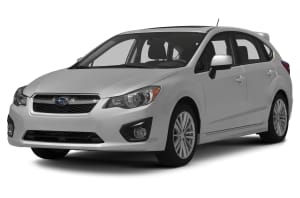