If the market for convertibles is on the decline, nobody seems to have told the fellas over at Mercedes-Benz. The German automaker keeps adding more droptops to its lineup, and soon it will have one more on its hands in the form of the new S-Class Cabriolet. And here we have photos of the new flagship cabrio getting ready for its big debut – but not in just any old form. This would appear to be the new S63 AMG convertible.

As the S-Class Coupe is already out there in various states of tune, we're not expecting any major surprises from the new convertible. Look for a folding fabric roof mechanism to open up a spacious four-seat cabin. A car with which Benz can attack the likes of the Bentley Continental GTC especially, but also the Maserati GranTurismo Convertible, Aston Martin DB9 Volante, and the upcoming Rolls-Royce Dawn (the drophead version of the Wraith).

The AMG version ought to help that effort even more, complete with Affalterbach's 5.5-liter twin-turbo V8, fully expected to pack the same 577 horsepower and 664 pound-feet of torque as the other S63 models. We're anticipating Daimler to take the wraps off the S-Class cabrio at the upcoming Frankfurt Motor Show, but we'll have to wait to see if the AMG version appears alongside it or follows at some later date. 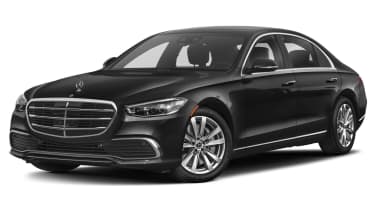