Lotus Evora roadster to follow 400 coupe to US market Lotus is in the midst of resurgence, and that includes a renewed assault on the US market. The new Evora 400 is coming to America, and though the new 3-Eleven won't be certified to drive on American roads, the company has confirmed that it will be offered here for use on track. But that's not all.

According to Automotive News, Lotus is preparing to follow up on the aforementioned Evora 400 coupe with an additional roadster variant. Instead of a folding roof mechanism, the open-top Evora will incorporate two carbon-fiber roof panels able to stow behind the front seats. Otherwise it's expected to be mechanically identical to the coupe, with a 3.5-liter supercharged V6 packing 400 horsepower and a series of other enhancements over the preceding Evora S.

Lotus was forced to withdraw the Evora – the last model it offered in the US – from the American market last year after it no longer complied with federal regulations. Bringing the new Evora 400, and its upcoming roadster variant, to the US will necessitate fitting it with a new smart airbag – something which Lotus confirmed to Autoblog it is preparing to do. According to spokesman Alastair Florance, "the Evora 400 will arrive in the market as a 17MY and will be fully compliant with FMVSS 208, including the smart air bag element."

The coupe is expected to arrive here in December, with the yet-to-be-unveiled roadster to follow six months later. The news confirms what we heard earlier about the company's future plans. Those also include a new SUV being designed principally for the Chinese market, and an even more radical 4-Eleven to follow at some point in the future. 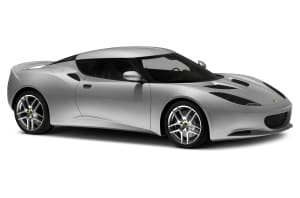