As I reported last year, (Chinese-owned) Swedish automaker Volvo is in the risky yet ultimately rewarding process of transitioning virtually everything it builds to high-efficiency "Drive-E" engine power. This all-new, all-aluminum, all-turbocharged Volvo Engine Architecture (VEA) family will eventually include four each 2.0-liter gas and diesel I-4s and a 1.5-liter I-3, all sharing the same 0.5-liter cylinder displacement and multiple common components.

The US 2.0-liter gasoline turbo four delivers 240 horsepower, and a same-size turbocharged and supercharged ("double-charged") version pumps out 302 hefty horses. Because they are replacing Volvo's venerable T6 and T5 turbo I-5 and I-6 engines, the models they power will continue to be labeled T6s and T5s – based on output, not cylinder count.

"We have created smaller, more intelligent engines with power curves that give exciting drivability compared with engines with more cylinders, yet deliver the fuel economy of only four cylinders," said former Volvo powertrain engineering vice president and senior advisor Derek Crabb for last year's column on Drive-E. "In addition, by adding electrification such as plug-in hybrid technology, we will reach power figures in V8 territory. Hybrids are definitely going to be a dominant part of the top end of our range." 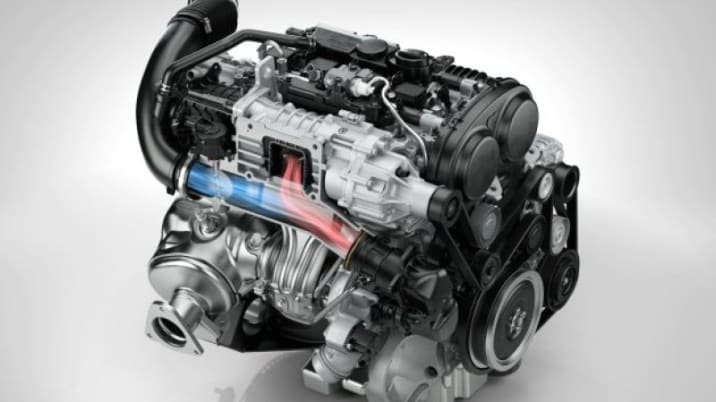 Up front under the XC90's tall, bluntish hood, a specially modified 318-hp, 295-lb.-ft. version of the double-charged 4-cylinder sits transversely driving the front wheels through a hybridized eight-speed automatic transmission. Like all Drive-E engines, it has stop-start, which kills the engine to save fuel at rest, then restarts it when the brake is released, and brake regeneration. A larger oil pump provides the necessary transmission lubrication during electric drive (when the engine is not running) and quicker pressure build-up when transitioning from electric to engine drive. Other efficiency-enhancing measures include continuously-variable valve timing, intelligent heat management with an electric water pump and low-friction camshaft ball bearings. 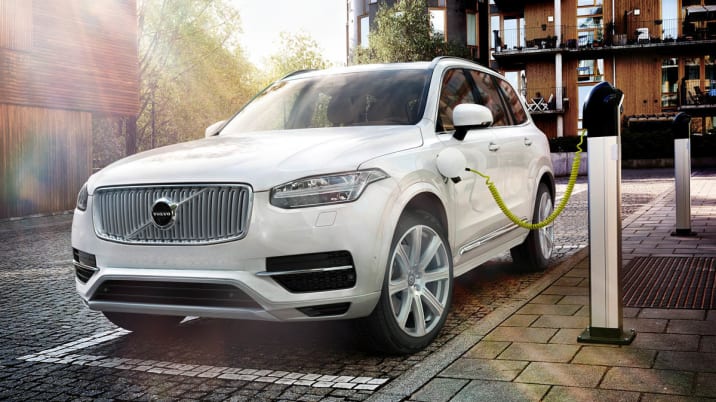 A 60-kW (82-hp) motor mounted on the rear axle delivers up to 177 lb.-ft. of torque to the back wheels in pure-electric and power-boost modes, along with energy efficient AWD. A 34-kW crankshaft-mounted starter/generator (CISG) between the engine and gearbox performs three important functions: 1) electric generator, 2) electric engine booster that delivers up to 111 lb.-ft. of additional torque on demand, and 3) powerful starter motor to enable seamless transitions from pure electric to combination drive. The 9.2-kWh battery resides in the central tunnel for a low center of gravity and ample interior room. It can deliver up to 65-kW of power.

The blended braking system partly uses brake-by-wire technology to recover and transmit energy for immediate use or to recharge the battery, and a unique stability function controls the amount of energy that may be safely regenerated. Also unique is a cooling system with one extra circuit to cool the CISG and drive motor, another to cool the battery, either passively via the radiator or actively through integration with the climate system.

Five driving modes are selectable via either a scroll wheel on the console or the large, tablet-like dashboard touchscreen: "Hybrid," the default mode for everyday use, automatically alternates power draw between the engine and motor for the best overall efficiency. "Pure electric" uses the electric motor as the sole energy source, with a (gentle-driving) range of up to 25 miles, depending on temperature, terrain, and driving style. But when the battery runs low or more power is needed, the engine starts automatically. 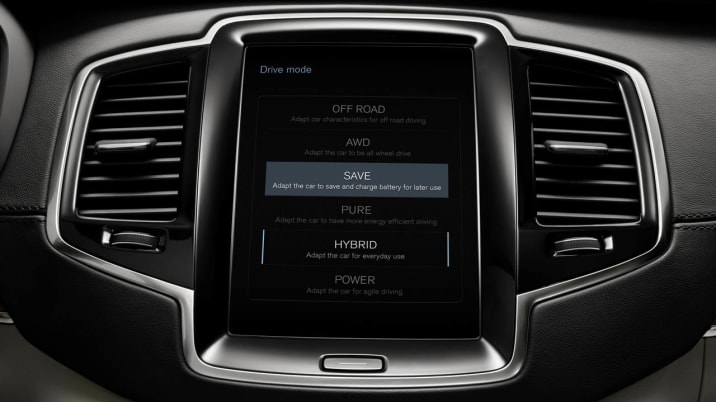 "Power boost" combines the motor's instant low-end torque with the engine's peak power to provide V8-like performance. "AWD" gives constant all-wheel drive from the front engine and rear motor on demand. And "Save" freezes the battery's state of charge to preserve it for later pure-electric use. Or, if the battery is low, it uses the engine to charge it.

For convenience and efficiency, the XC90 T8's cabin, battery and powertrain can be pre-conditioned (heated or cooled), either from in the car or by using a Volvo On Call mobile app. Pre-conditioning while plugged in, of course, saves battery energy for later driving.

This 2016 XC90 was designed from the beginning for electrification, and so will most (maybe all) new Volvo vehicles going forward. And one engineer at the XC90's U.S. press launch confirmed that this powerful yet very fuel-efficient T8 plug-in hybrid powertrain will also be used in other model lines, even including the much smaller S60 sedan, V60 wagon and XC60 Crossover. Looking at the broad-shouldered rolling chassis at the event, we didn't see how it would physically fit in those cars, but he assured us that it can be downsized to fit.

We spent most of the press-launch drive in 302-hp T6 models (25 EPA mpg city, 25 highway and 22 combined) and got just a brief drive in the T8 hybrid at the end of the day, so I can't offer much of a driving impression at this time (we've got some here). Except that it is pretty quick regardless of mode, it handles fairly well despite its hefty weight, and its big touchscreen (with almost no hard buttons except radio volume) is not as intuitive or user-friendly as advertised.

And probably the only thing I still don't understand is why they insist on calling it "Twin Engine," which conjures up visions of ear-splitting, tire-shredding, bullet-fast twin-engine dragsters of the past. It's powered by a clever combination of one double-charged 2.0L I-4 and a complimentary set of electric motors, which are definitely not "engines." When we asked that engineer, he shrugged. "We discussed that," he said resignedly. "That's what they decided."

Award-winning automotive journalist Gary Witzenburg has been writing about automobiles, auto people and the auto industry for 27 years. A mechanical engineering graduate of Duke University, he is a former auto engineer, race driver and advanced technology vehicle development manager who has authored eight automotive books. In addition, his work has appeared in a wide variety of national magazines, including The Robb Report, Playboy, Popular Mechanics, Car and Driver, Road & Track, Motor Trend, Autoweek and Automobile Quarterly. He is currently a contributing editor to Kelley Blue Book (kbb.com), a correspondent to Motor Trend and Ward's Auto World, a senior correspondent to NewCarTestDrive.com, a columnist for AutoblogGreen and a North American Car and Truck of the Year juror. 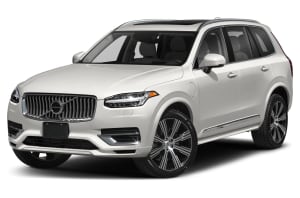