Automakers are supporting provisions in copyright law that could prohibit home mechanics and car enthusiasts from repairing and modifying their own vehicles.

In comments filed with a federal agency that will determine whether tinkering with a car constitutes a copyright violation, OEMs and their main lobbying organization say cars have become too complex and dangerous for consumers and third parties to handle.

Allowing them to continue to fix their cars has become "legally problematic," according to a written statement from the Auto Alliance, the main lobbying arm of automakers.

The dispute arises from a section of the Digital Millennium Copyright Act that no one thought could apply to vehicles when it was signed into law in 1998. But now, in an era where cars are rolling computing platforms, the U.S. Copyright Office is examining whether provisions of the law that protect intellectual property should prohibit people from modifying and tuning their cars.

Every three years, the office holds hearings on whether certain activities should be exempt from the DMCA's section 1201, which governs technological measures that protect copyrighted work. The Electronic Frontier Foundation, a nonprofit organization that advocates for individual rights in the digital world, has asked the office to ensure that enthusiasts can continue working on cars by providing exemptions that would give them the right to access necessary car components.

Interested parties have until the end of the month to file comments on the proposed rule making, and a final decision is expected by mid-year.

In comments submitted so far, automakers have expressed concern that allowing outsiders to access electronic control units that run critical vehicle functions like steering, throttle inputs and braking "leads to an imbalance by which the negative consequences far outweigh any suggested benefits," according to the Alliance of Global Automakers. In the worst cases, the organizations said an exemption for enthusiasts "leads to disastrous consequences."

Industry concerns are mounting that modifying these ECUs and the software coding that runs them could lead to vulnerabilities in vehicle safety and cyber security. Imagine an amateur makes a coding mistake that causes brakes to fail and a car crash ensues. Furthermore, automakers say these modifications could render cars non-compliant with environmental laws that regulate emissions.

But exemptions from the DMCA don't give third parties the right to infringe upon existing copyrights. Nor does an exemption mean consumers don't have to abide by other laws and rules that govern vehicles passed by the National Highway Traffic Administration, Environmental Protection Agency or U.S. Patent and Trade Office.

"It's not a new thing to be able to repair and modify cars," said Kit Walsh, a staff attorney with the Electronic Frontier Foundation. "It's actually a new thing to keep people from doing it. There are these specialized agencies that govern what vehicles can lawfully be used for on the road, and they have not seen fit to stop them from repairing cars."

Aftermarket suppliers and home enthusiasts have been modifying ECUs for years without dire consequences. By tweaking the ECU codes, a process sometimes known as "chipping," they've boosted horsepower, improved fuel efficiency, established performance limits for teen drivers and enhanced countless other features. These innovations have contributed to a " decades-old tradition of mechanical curiosity and self-reliance," according to the EFF.

Those innovations could be curbed precisely at a time that automakers believe personalization of vehicles is emerging as a significant trend. Software is allowing for all sorts of technology, such as 4G LTE wireless connections, and motorists can use this software to choose from an increasing array of infotainment options. But the car companies, paradoxically, want to be the ones doing the personalizing.

The EFF thinks the industry's desire to block exemptions has more to do with profits than safety. As software becomes easier to update, automakers could sell these performance upgrades on an a la carte basis. Because a favorable ruling would strengthen their control of the software, the car companies could potentially force consumers to only have their vehicles fixed at their dealerships or preferred repair shops.

Last September, Ford took steps toward consolidating such control, filing a lawsuit against Autel US Inc., a diagnostic-equipment manufacturer based in Huntington, New York. Ford alleges the company unlawfully copied trade secrets and accessed on-board computer systems that relay technical information on diagnostic codes and repair data. The EFF says consumers should have the right to have their cars fixed by independent mechanics.

Jennifer Dukarski, an intellectual property and technology attorney from Michigan firm Butzel Long, said there's an additional reason automakers are getting more aggressive in the copyright realm. Court rulings in recent years have eroded their patent protections, so they're searching for alternate ways to protect investments in research and development.

"With a limited scope of protection," she said, "they're saying, 'OK, if I can't protect this via patent, how am I going to lock everything down? What's my next-best tool?' And I think using copyright law, it is kind of the only protection outside the idea of trade secrets. The problem is you're in a situation with a host of competing interests, and those are how much freedom will you let car owners have? What's the relationship with the information in this car you bought?"

Another question central to balancing the competing interests in the proposed exemptions: Once customers purchase a device, must they only use it specifically as the manufacturer intended or can they modify it for their own particular needs? 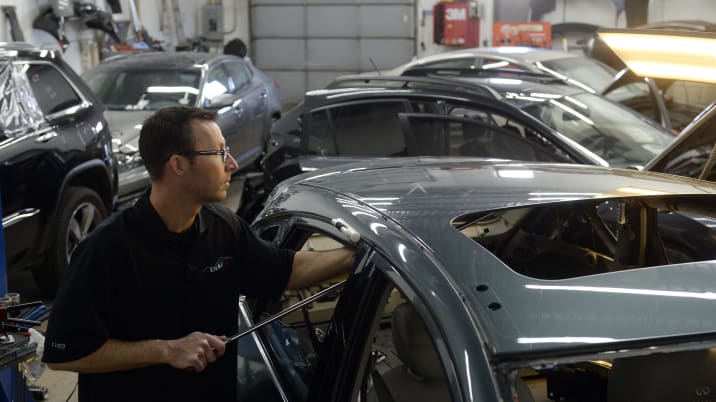 For their part, manufacturers say they're more concerned about potential losses than new revenue streams. Tinkering with the ECUs can void a car owner's warranty, but automakers remain concerned with their liability if third parties make changes that could result in physical or financial harm. They noted unsavory mechanics could easily manipulate odometers, and make cars appear to have fewer miles on them than they actually do, a problem for unsuspecting used-car buyers.

Granting exemptions would "deliberately weaken" protections put in place to ensure safe operation and regulatory mandates, General Motors said. Without such protection, the company said it would re-evaluate its entire electronic architecture. It could take the draconian step of removing telematics units, which control many real-time safety and infotainment features, from cars entirely.

Exemptions "would offer a serious, and potentially fatal, blow to the future of automotive telematics," GM wrote in its comments. "Absent this protection, vehicle manufacturers, including GM, may be forced to consider reducing offerings or withdrawing these systems from the market."

The Copyright Office has granted exemptions to the law in the past, and will consider 27 different exemption requests in its current deliberations. Most of the proposed exemptions have nothing to do with the automotive, covering copyright issues on everything from medical devices to eBooks to smart televisions.

"What's interesting is this is a unique situation," Dukarski said. "A lot of those exceptions are simple and straightforward. These ones, you've got some oddball nuances about reverse engineering, and it depends on how you're looking at things. ... "You have to question, 'How secure does it need to be? Does it affect a safety system?' You are dealing with a much more nuanced issue, and the results are tangible." 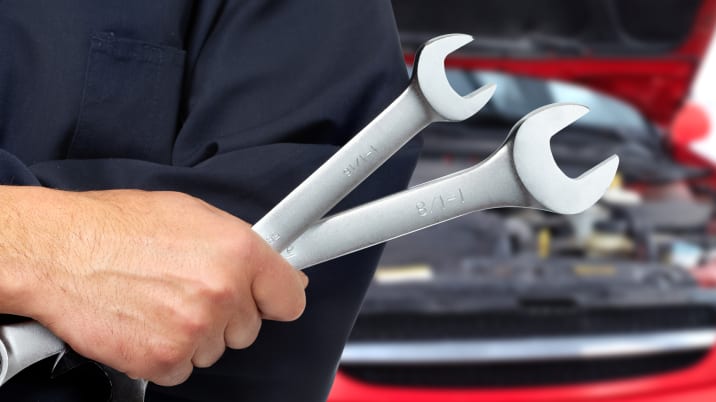 Automakers: We Know Our Cars Better

If there's a recurring theme in the comments beyond their assertions of ownership, it's that they say they know the intricacies of these ever-more-complicated software systems better than consumers and third parties. The Association of Global Automakers says the manufacturers and their suppliers "best understand the interdependence of automotive systems and are in the best position to know whether a modification, regardless of how slight, would disrupt another system."

Comments from equipment manufacturer John Deere took a more condescending tone toward independent and amateur mechanics, noting that circumventing protected technology should be "against public policy because individual vehicle owners do not have the technological resources to provide safe, reliable and lawful software for repair, diagnosis or some dubious ' aftermarket personalization, modification or other improvement' that is not directed toward repair or diagnosis of the vehicle."

Yet manufacturers have sometimes failed to find flaws in their own products or understand the relationships between various systems. In Congressional hearings devoted to uncovering why General Motors took no action for a decade in fixing a deadly defect in ignition switches, lawmakers noted the company failed to understand the connection between the ignition switch moving to the "accessory" position and airbag non-deployments. At latest count, at least 84 motorists have been killed in accidents caused by the defect.

Perhaps as troubling, auto-industry leaders failed in recent years to recognize countless cyber-security vulnerabilities in vehicles. It wasn't until outside researchers conducted high-profile and sometimes embarrassing demonstrations of how cars can be hacked before automakers took steps to address cyber threats. Without an exemption, this sort of research could be illegal.

In that respect, cyber-security security researchers might enhance vehicle safety more than the occasional amateur error may cause harm. All the more reason, Walsh said, that automakers and independents should be considered on equal footing.

"It's just a myth that the manufacturers are the only people who can make improvements," he said. "That's why maintaining that choice is really important."