Nine cars we wish were convertibles

Summer's Coming, And These Vehicles Deserve To Run Topless

The snow has melted, the sun is shining, and the days are getting longer. At the Autoblog Detroit office we feel like our winter hibernation is finally over. And with warmer temperatures come visions of opening up a convertible roof and cruising. You know, just turn up the bass and let the Alpine blast.

There are plenty of droptops on sale in the US, and more on the way (like the 2016 Mazda MX-5 Miata). That said, we always want more . More! More! More! In that spirit, we cooked up a list of nine cars aren't currently sold as convertible, but ought to be. Check out our picks, below. Summer's just around the corner. 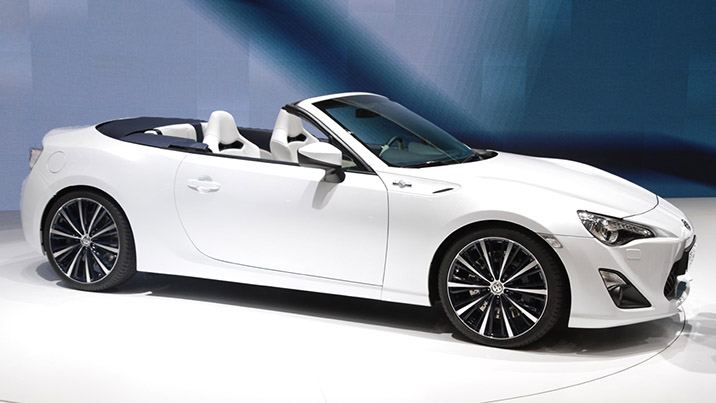 In some parallel universe, this car actually happened. Toyota showed us a FT 86 Convertible concept at the Geneva Motor Show in 2013, and we immediately started licking our chops over the thought of a rear-wheel-drive convertible based on the Subaru BRZ and Scion FR-S twins.

These days, the MX-5 Miata is our only option for affordable roadster fun. A competitor to the Mazda seems like a no-brainer to us, especially since we have naught but good to say about the BRZ/ FR-S as-is. Unfortunately in our present timeline, this car is as likely for production as a BRZ STI. Which is to say, not very. Dang. 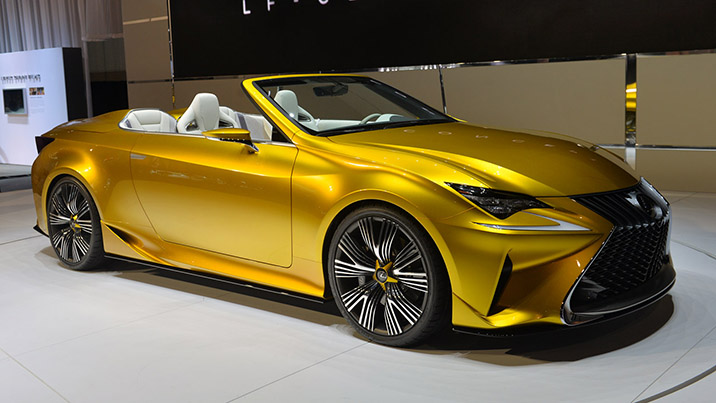 Unlike the FR-S, a convertible from Toyota's luxury division might actually see the light of day. The current IS convertible is about to be phased out, and the Lexus LF-C2 concept from the 2014 Los Angeles Auto Show is really a thinly veiled look at a possible RC convertible.

A droptop RC would be plenty good, but let's reach for the starts. What we really want is to run topless in an RC F, complete with that powerful, loud, 5.0-liter V8 engine. Lexus says the RC F is a true competitor to the BMW M4. If that's true, it only makes sense for Lexus to mimic the Germans and offer its performance coupe in a folding hardtop form. 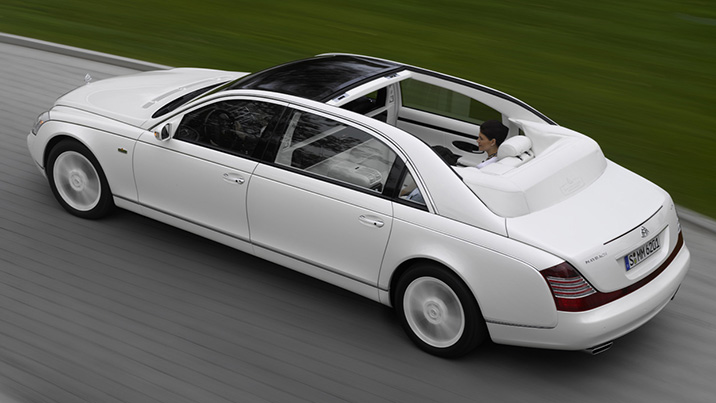 Maybach is bach back, recast as an upper crust trim level for Mercedes-Benz. The Mercedes-Maybach S600 is seriously awesome, and more luxurious than a trip to the spa. But why not go a step into the truly ridiculous levels of extravagence and bring back that open-top Landaulet?

We think your local princess will love this idea, and with better S-Class bones underneath, Jeeves will have a pretty enjoyable ship to steer, too. Besides, with that slick new Mercedes design language, a Landaulet redux wouldn't be nearly as hideous as the old model, pictured here. Never mind the added cost (or weight) – when you're already in Maybach territory, you're not looking for a bargain. 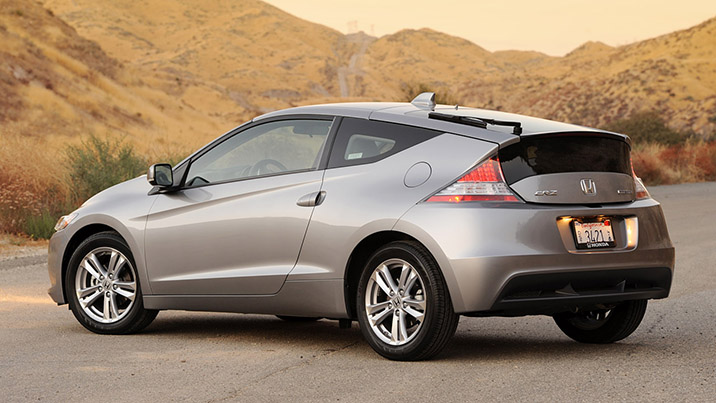 First thing's first: let's dump the hybrid powertrain and make the CR-Z into an honest-to-goodness CRX successor. This might actually be happening, and we're super excited. But like we said at the top, we always want more. Can we get a topless CR-Z, pretty please?

The world (well, the US, anyway) lacks small, affordable convertibles. Even the beloved MX-5 Miata starts close to $25,000. We want something less expensive. Something like an old Honda Civic Del Sol. Or, you know, a topless, two-seat, front-wheel-drive Honda CR-Z convertible. Honda, if you're already planning to improve the CR-Z formula, why not take it one step further? 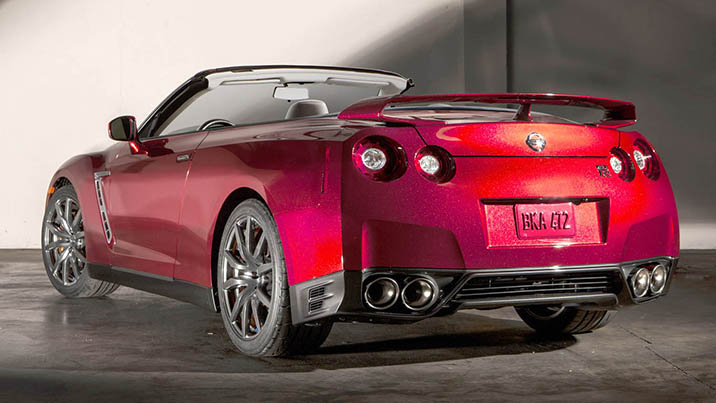 Convertible supercars are common in the market space where the Nissan GT-R plays. Audi has the R8 Spyder, Porsche the 911 Turbo Cabriolet, and even Chevy makes a convertible Corvette Z06. But what about Nissan?

There are zero rumors of a possible ragtop GT-R, but we're so smitten with the idea we commissioned the renderings you see here. It looks right, and looks fast. No, we don't need a GT-R convertible, but if Nissan wants Godzilla to go head to head with the world's best, it should do so with some wind in the hair. 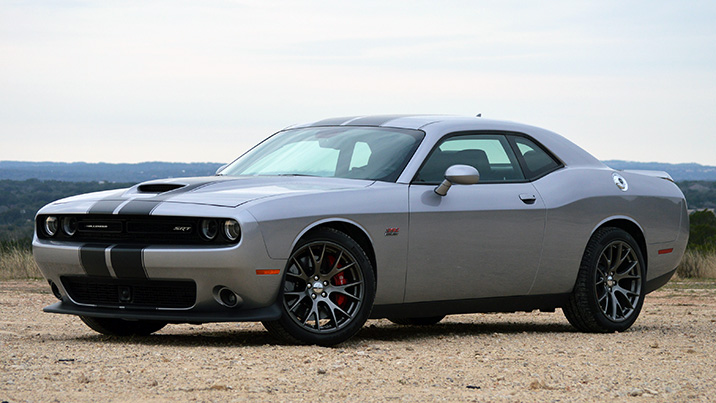 How is this not already a thing? Open-top muscle cars like the Ford Mustang and Chevy Camaro are practically part of our national identity. But Dodge has left its Challenger to live only as a coupe. Retro-loving customers would surely enjoy a topless Challenger, though we're already laughing at how much structural rigidity would be lost in process. But what the heck, let's chop off the roof and throw the Hellcat engine under the hood. A 707-horsepower, four-seat convertible sounds pretty awesome to us, cowl shake or not. 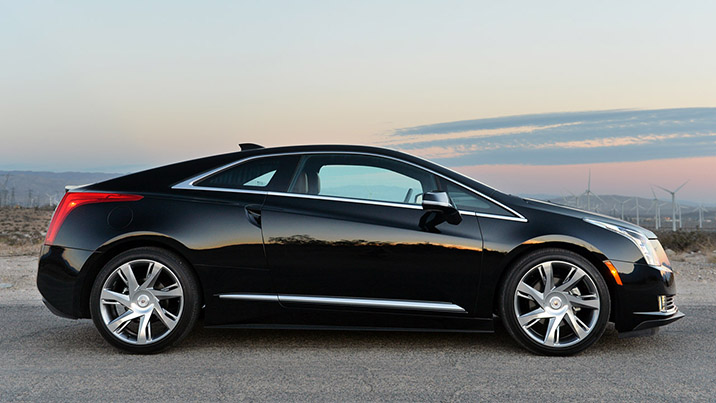 Cadillac's announced a price drop and power increase earlier this wee, but the ELR hybrid coupe still need more appeal to lure in shoppers. How about turning the ELR into a sleek convertible? Imagine the photo above without a roofline. Admit it, you like the idea.

Plus mainstream automakers haven't broken into the alternative fuel convertible market, save Volkswagen's diesel Beetle droptop. A plug-in hybrid convertible is a whole new segment. It appeals to all sorts of lifestyle shoppers, and it might give people an actual reason to buy an ELR. Honestly, though, Cadillac is more likely to send its ELR to the grave than offer a second body style. 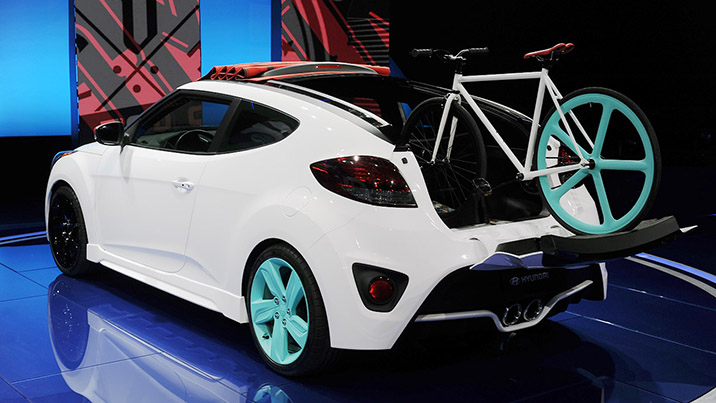 A convertible doesn't always require a traditional pillar-less design. Look at the Fiat 500C, for example, with its sliding cloth top that neatly stacks above the trunk (and kills rearward visibility). The weird Hyundai Veloster seems like a perfect fit for this approach, and the Korean automaker even went so far as to create the Veloster C3 Roll Top concept, pictured here.

What was super trick about the Roll Top was that the power cloth roof slid forward or backward, allowing for tall cargo at the rear (like a bike, as you can see) or an open-air experience up front. It's a neat concept, and matches the spirit of the Veloster's funky styling and door arrangement. We think this one would be a huge hit. 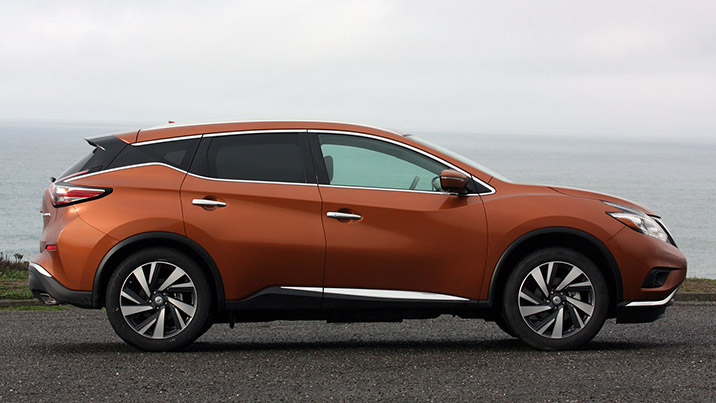 Very funny, right? But seriously, all jokes aside, another Murano CrossCabriolet would be pretty rad. Say what you want about how it's ugly, it's expensive, it's ugly, it's unnecessary, it's ugly, and, uh, it's ugly. It was a unique offering: a high-riding, four-place, all-wheel-drive convertible. The CrossCab was a sales flop, and most people still find it moronic (except for executive editor Mike Austin, who fully admits to Murano convertible love). But it's also it kind of cool, in a weird, "I can't wait to see one of these on eBay Motors in 25 years" sort of way. Which also makes us wish there was an Isuzu Vehicross convertible.

Nissan has already said on several occasions that it has no plans to build a CrossCabriolet based on the lovely third-generation Murano, but that doesn't mean we can't dream, even jokingly.

Diesel markets are soaring all over the world