Volkswagen Golf SportWagen Alltrack coming to US in 2016 [w/video] As many versions of the Golf that Volkswagen offers in America, there are even more available overseas. But if the Alltrack was one that you wished would make the transatlantic voyage to US showrooms, we've got good news for you, because VW has confirmed its bringing the Golf SportWagen Alltrack to America.

Revealed last year at the Paris Auto Show, the Golf SportWagen Alltrack is VW's answer to a Volvo Cross Country or Subaru Outback. It starts with the Golf SportWagen, which already offers more space than a standard Golf hatch, but adds to it a higher ride height, lower body cladding, a new front bumper and upgraded cabin space.

It also crucially gets 4Motion all-wheel drive, something which was previously available only on the top-of-the-line Golf R. The Haldex 5-based system sends power to the front wheels under normal conditions, but can divert up to 50 percent to the back in slippery situations.

VW has yet to confirm just which engine and transmission combinations will be offered in the US-spec Alltrack, but it's offered overseas in four flavors: a gasoline-burning turbo four with 178 horsepower and a trio of diesels ranging in output from 109 hp to 182. The US-spec Golf hatch is offered with either a turbo four or a mid-range TDI before getting into the GTI, Golf R and e-Golf alternatives. The German automaker hasn't confirmed exactly when the first examples are set to hit US showrooms, but they're slated for sometime next year.

New York, New York - Volkswagen of America, Inc., today announced that it will produce the all-wheel-drive Golf SportWagen Alltrack for the U.S. market beginning in 2016, and showed four unique Beetle and Beetle Convertible models that help to commemorate Volkswagen of America's 60th anniversary.

Technical and visual differences between the Golf SportWagen and the Alltrack include a 4MOTION® all-wheel-drive system, nearly an inch higher ground clearance, wheelarch moldings and flared side sills that offer body protection, newly designed bumpers, and an even more upscale interior.

The 4MOTION all-wheel drive system uses the latest generation Haldex-5 coupling, activated via an electro-hydraulic oil pump. In normal driving, the Alltrack acts like a front-wheel-drive car for better fuel economy, but as soon as the system detects wheel slip, up to 50 percent of the drive torque can be shipped to the rear wheels. In addition to the Haldex coupling that acts longitudinally, electronic differential locks (EDL) at the front and rear axles act laterally in concert with the electronic stability control system. The system briefly brakes a wheel that is slipping, enabling uninterrupted and stable transfer of drive power to the wheel on the opposite side.

In combination with the higher ground clearance, this 4MOTION all-wheel drive system helps to give the newest Golf SportWagen the off-road capability and load-carrying capacity of a compact SUV along with the on-road manners and fuel economy of a compact wagon.

Beetle
The Beetle has been an almost continuous thread through Volkswagen's history in America, beginning with the first Volkswagens to arrive in 1949 and continuing through the New Beetle and the current generation car. New York has been tied in with that history, too. The first two Beetle vehicles were shipped to the U.S. via New York, VWoA's first headquarters was in Englewood Cliffs, New Jersey, and the current Beetle made its debut at the New York Show in 2011.

Volkswagen is showing four Beetle concepts at the 2015 New York Auto Show, all of which pay homage to the Beetle's past while providing a glimpse at a possible future direction for the vehicle. There are two coupes and two convertibles, all of which could make it into production in the near future.

The Beetle Pink Color Edition, painted entirely in Pink Metallic, was designed for the style-conscious who also like to make a visual statement with their car. The Beetle Convertible Denim concept car takes a cool approach to design with a denim-look soft top and a matching Stonewashed Blue Metallic body color. The Beetle Convertible Wave is an open-top four-seater that pays tribute to summertime on the American coasts. The Beetle R-Line® concept stresses dynamic performance more than ever.

Beetle Convertible Denim
Denim is an international fashion piece-whether you call the clothing denim or jeans. This casual style was behind the first Jeans Bug (or Beetle) that made its debut in the mid-1970s. Other "jeans" special models followed for the world's most successful car in the subsequent decades. At New York, Volkswagen is showing the first ever droptop version in this style with the Beetle Convertible Denim. The car in New York is powered by a 170-horsepower 1.8-liter TSI® engine.

Just as you'll find denim in all manner of washes, variations of blue define the new Beetle Convertible Denim concept. On the exterior, the fast opening power soft top features a dark blue, textured fabric resembling denim. Stonewashed Blue Metallic paint was developed specifically for the concept car, but nine other colors would also be available for a production version. The exterior mirror caps, side skirts and body moldings are finished in gray and the appearance is finished off by 18-inch Disc aluminum-alloy wheels.

Naturally, the use of denim extends to the interior as well. The Color & Trim department restyled such features as the sport seats in blue; the inner seating surfaces are upholstered in a light blue fabric, while the outer surfaces are designed in dark blue V-tex leatherette. The piping was executed in white and the usual small Beetle flags in red. The designers also integrated practical denim-look pockets on the backs and sides of the seats.

Other custom features include a brushed matt aluminum dashpad, door shoulder panels that are painted in the exterior color, contrasting blue door armrests, light ceramique stitching on the steering wheel and shift lever, and a front center armrest that has contrasting stitching and blue fabric.

There's only one logical choice of exterior color: Pink Metallic. For the concept car, the door mirror housings and side body moldings are painted in contrasting gray. The design of the Beetle Pink Color Edition also gets some drama from its striking R-Line front and rear bumper designs.

Bringing the vivacious nature of the exterior inside, this Beetle uses Pink Metallic as a contrast to all of the features executed in black, chrome and aluminum inside the car. The dashpad is finished high-gloss Titanium Black, but most of the other elements are customized in Pink Metallic. These include details such as the door shoulder panels, air vent surrounds, steering wheel spoke trim, and the stitching around the steering wheel and shift lever and the borders of the floormats. An even higher proportion of pink would be conceivable, based on feedback from the auto show.

Inside the car, technology and contemporary design merge with iconic styling elements such as the seating inserts in a classic houndstooth pattern that harkens back to high-end fashion and vehicles of the 1950s and 1960s. Visually, the seats complement the genuine wood dashpad that was designed in the style of a traditional surfboard. The Beetle Convertible Wave is still a concept car, but vehicles like the Beetle Dune that was shown at the North American International Auto Show in Detroit in 2014 demonstrate how Volkswagen can create production models from such concepts very rapidly. The Dune will arrive in dealer showrooms in early 2016.

Beetle R-Line concept
Today's Beetle differs conceptually from the New Beetle, having a lower roof and longer hood to give sportier lines, even though its silhouette features the iconic graphic of three semi-circles for the front and rear fenders and the roof. The Beetle R-Line concept, powered by a 217-hp 2.0-liter TSI engine, takes this further and makes an extremely sporty statement.

The Beetle R-Line concept is finished in Oryx White Pearl effect paint and has a customized exterior featuring aggressive bumpers that have large air vents at the front and wrap-around high-gloss black moldings that extend down the sides of the car. Other visual changes include a rear diffuser, painted black exterior mirror caps, a large rear spoiler and 20-inch Monterey aluminum-alloy wheels. The Beetle R-Line concept is 0.6 inches wider than the standard production car.

The interior is equipped with upgraded sport bucket seats. In addition, numerous interior features, including the dashpad, door inserts and steering wheel spoke trim, have a carbon fiber-style finish. Forming a distinctive contrast is the yellow finish of the instruments and the decorative stitching in the cabin. 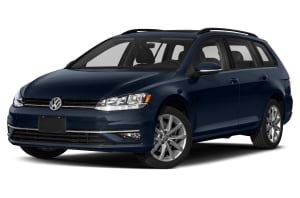