Jonathon Ramsey
Frank Martin returns in a new installment of the franchise that helped make Jason Statham that guy, this one called Transporter 4: Refueled. But ugh, what's happened to all the decent car movies? The problem here isn't that Statham left this series to play the baddie in Fast & Furious 7, but that the trailer makes it appear the director just combined the unused footage from a rap video and a Michael Bay movie, only forgot to include any rappers or input from Michael Bay.

The trailer gives no clue as to what the movie's about, but it's not like we don't know – actor Ed Skrein has to take something somewhere while people try to kill him. Skrein does his best (we assume) to fill Statham's large shoes, helped and hindered by the entire line-up of Sports Illustrated's swimsuit issue, a second reserve alternate Bond villain, gigatons of CGI, and more fireballs than the Milky Way. Oh, and this is a prequel to the series, so just like you did with Darth Maul's double-sided light saber, ignore the extreme newness of Skrein's current generation Audi S8. 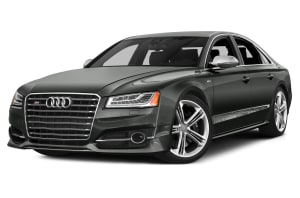