Brandon Turkus
Weighing in at anywhere from 700 to 2,000 pounds, American bison are essentially nothing more than fuzzy, horned tanks. You can imagine, then, the damage that one can do when it gets up a head of speed.

A couple touring Yellowstone National Park found that out the hard way, when one particularly angry bison took exception to the millions of American motorists that turn untold numbers of his furry friends into road kill each year (we may be guessing at the bison's motives).

The couple had stopped to watch Yellowstone's well-known herd when the incident occurred, causing nearly $2,800 in damage to the couple's Nissan Xterra. Check out the video of the actual incident up top, and then scroll down for a second video showing damage to the Xterra. 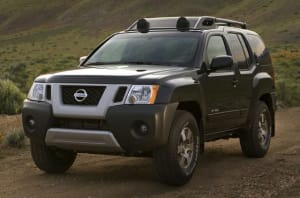