Pete Bigelow
A US Congressman has introduced legislation that, if passed, would prohibit the use of automated cameras in traffic enforcement across the country.

Echoing the charges of camera critics, Rep. Ed Perlmutter (D-Colorado) says red-light and speed cameras are primarily used for generating revenue and that they don't substantially contribute to road safety.

"He drives around and sees these on the street, and he just feels fundamentally, there's not sufficient evidence out there that these cameras work in the interest of public safety," Ashley Hause, Perlmutter's spokesperson, said.

His comments and legislation are sure to renew debate over the controversial cameras. Safety experts and law-enforcement officials believe they're essential tools in protecting motorists, but critics charge the cameras do little more than generate revenue for cash-strapped municipalities.

Concerns surrounding the use of red-light and speed cameras have received greater scrutiny over the past year due to a litany of problems that range from technical glitches to motorists who say the cameras violate their rights to due process. Lawmakers in several states have sought to ban the cameras, while courts in Ohio and Iowa have recently upheld their use.

Perlmutter's bill, the " Prohibit Automated Enforcement Act of 2015," marks the first such proposal at the federal level. It has been referred to a House Transportation and Infrastructure subcommittee.

Though the bill has yet to pick up co-sponsors, it bears watching to see which of his colleagues support the legislation. On a state-by-state level, objections to the traffic cameras have often been the loudest from conservatives, and their prohibition could be an issue that gains bipartisan traction.

"Automated traffic technology should be used for improving public-safety purposes rather than local governments relying on these device to generate revenue," he said in a written statement. His bill would make exceptions for the continued use of cameras in school and construction zones.

A spokesperson from RedFlex Traffic Systems did not return a request for comment. 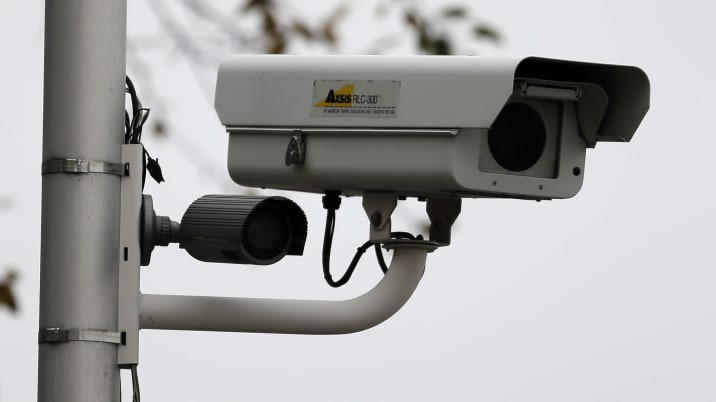 At the heart of the debate over traffic cameras is uncertainty over their effectiveness: Researchers at Texas A&M found last month that red-light cameras are both helpful and harmful, reducing the number of T-bone accidents at intersections, but increasing the number of rear-end crashes.

A University of Tennessee study in 2013 concluded there was no consensus on the safety benefits of traffic cameras. In Colorado, where Perlmutter's district circles through the Denver suburbs, an auditor noted in testimony before the state legislature that Denver officials "cannot demonstrate that either program has had a tangible impact on improving public safety."

With questions about effectiveness and high-profile problems in some of the biggest US cities, the use of traffic cameras has diminished.

In October 2012, there were 540 red-light camera programs operating in the United States, according to the Insurance Institute for Highway Safety. Today, there are 467. Growth in speed-camera programs has faded. There were 140 in October 2014, and 138 today, per IIHS figures.

Colorado's state legislature is gearing up to consider a bill that would restrict the use of traffic cameras as well, and Hause said they're an issue her office hears about often from constituent.

"Ed has heard just how excessive and touchy these cameras are," she said. "These people, they're just crossing over the white line or crosswalk and it flashes. The cameras aren't doing anyone any favors. They're not preventing any sort of accident. They're just overreaching and doing very little to improve safety."