How the human eye could soon replace ignition switches [w/video]

One Company Brings Iris Identification To The Auto Industry

Pete Bigelow
Someday soon, drivers may start cars with a scan of their eyes instead of the turn of a key. EyeLock, a New York company that manufactures biometric equipment, is developing a camera-based system that identifies drivers through a scanner installed in visors or rear-view mirrors.

With a glance, an infrared scanner and algorithm interpret and code 240 unique properties found in the iris of each human eye. Collectively, those characteristics serve as a sophisticated fingerprint. Once a scan is matched to a driver's iris template, the vehicle can be started and the journey can begin.

Amid a wave of infotainment features and cheap processing power, experts are increasingly looking at biometric equipment as a way to help personalize the driving experience. EyeLock's iris-identification system may be one of the first examples to reach car owners.

"If a vehicle can definitively identify a car's owner before it allows entry and operation, it removes the possibility of theft," said Karl Brauer, senior analyst at Kelley Blue Book. "The price of biometric technology is dropping, as seen by its recent arrival in the cell-phone market. Automobiles, along with home security systems, are the next logical application of this technology."

Anthony Antolino, chief marketing and business development officer, says the company is under contract with multiple OEM and tier-one companies to provide this equipment. Though he won't divulge the recipients, announcements are expected by the end of the year.

At first glance, the iris-identification system seems like a novel way to counter car theft. But that's only one of possible automotive applications. 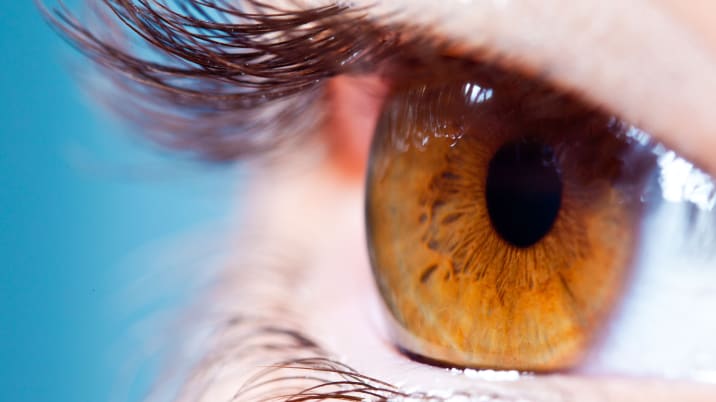 When iris scanners arrive, drivers should find an increased ability to customize settings in car shared by multiple family members. If you dislike the radio presets selected by a spouse, for example, the system can remember which favorites are associated with each driver. If one driver likes the seat closer to the steering wheel and one likes to drive further away, the seat will be automatically adjusted once a driver is authenticated.

Perhaps more significantly, the system could yield detailed data on each driver's behavior and habits.

It's difficult for current systems that track such data to discern between drivers. If you're monitoring fuel economy via in-car features or utilizing usage-based insurance devices, all drivers are lumped in together. The family lead-foot fares no better than the hypermiler.

The system can maintain up to five separate driver profiles for each car. The benefits of such specificity can be significant, Antolino said.

Case in point: "We all know that once you have a 16-year-old driver, your insurance premiums go through the roof, but what if that young child is a really responsible driver?" he said. "There's no reason that household shouldn't benefit from preferential premiums. ... It really does start with specifically knowing who's in the driver's seat, and that's not possibly with any other body part."

EyeLock has produced iris-scanning security equipment since 2007, mostly for high-level financial firms and prisons that track inmates. At the Consumer Electronics Show last month, it unveiled the EyeLock myris, an application of the same base technology that plugs into the USB ports of computers and allows users to authenticate via an iris scan instead of endless strings of usernames and passwords.

The company unveiled its automotive platform at the Detroit Auto Show only weeks later, with the technology installed on a 3D-printed vehicle (pictured, lead image).

DNA strands remain the most reliable method of biometric identification. Irises are the second-best method. Between two eyes, there are 480 distinct characteristics that separate one person's eyes from another. By comparison, a fingerprint has only about 20 unique characteristics.

Such precise identification can be a double-edged sword. Identity theft ranks as one of the top consumer concerns. As well-publicized hacks of Home Depot, Target and Sony make their way around the news cycle, customers question why they should surrender detailed identifying traits to a third party or surrender their privacy.

"It's not a matter of if you get hacked, it's when you get hacked and how your data might be compromised," Antolini said. "The iris really does solve and mitigate a big piece of that problem."

While no system is foolproof, EyeLock protects its driver profiles and eye templates, in part, by storing them locally on chips in the car. Nothing ever uploads to the Cloud nor is stored at the company. When the two-camera system scans a driver's eyes, the image is converted into a code and matched against the template using AES-256, military-grade encryption within the car's internal network.

Once the scan is confirmed, the matching image is discarded. If it was somehow intercepted, Antolini said there's no way to reverse-engineer the eyeball from the code produced by the scanner and algorithm.

No tricking the system either. A photograph held up to the scanner won't work. Nor, in a more macabre, spy-thriller scenario, would an eyeball extracted from a targeted person. As part of its operation, the EyeLock scanner verifies the iris is functioning as part of a living, breathing human being.
X