Here are the safest and most dangerous cars on the road

Pete Bigelow
Ed. Note: This article was originally posted in January, 2015. And despite its age, the study cited still has relevance for those in the market for a pre-owned car. As you'll see, the Insurance Institute for Highway Safety took a look at new car offerings from the 2011 model year. And while you won't find new 2011 models on today's new car showrooms, you will find these cars on new car lots and in Autoblog's pre-owned inventory listings. Whether the used car purchase is for you or your teenager, the info remains relevant.

Of course, it you're shopping for a teen driver the safest purchase is always relevant. The Insurance Institute for Highway Safety is continuously updating its data base with vehicles they recommend – and those you should avoid. And while automotive designs and regulations are constantly evolving, the laws of physics remain static, as does the influence of age and experience. 'Bigger' is safer than 'smaller', and inevitably drivers with more experience are safer than rookies.

New car designs are playing a prominent role in reducing traffic deaths, but the odds of getting killed in a car accident still dramatically vary depending on the make and model of your car.

The Insurance Institute for Highway Safety issued findings Thursday from a study that examined the death rates for vehicles. Overall, they determined that new cars are offering significant new protections for motorists.

"This is a huge improvement in just three years, even considering the economy's influence," said David Zuby, the executive vice president and chief research officer at IIHS. "We know from our vehicle ratings program that crash-test performance has been getting steadily better. These latest death rates provide new confirmation that real-world outcomes are improving too."

If there's a caveat to that, it's that improvements aren't benefiting all drivers.

When the IIHS researchers conducted the same study eight years ago, there were no vehicles that had a death rate of zero. Improvements are coming from both an external push from safety advocates to eradicate traffic deaths and from technology advances in the vehicles themselves.

"The complete elimination of traffic deaths is still many decades away, and along with vehicle improvements, getting there will require changes in road design and public policy that can help protect all road users," Zuby said. "Still, the rise in the number of vehicles with zero driver deaths shows what's possible." 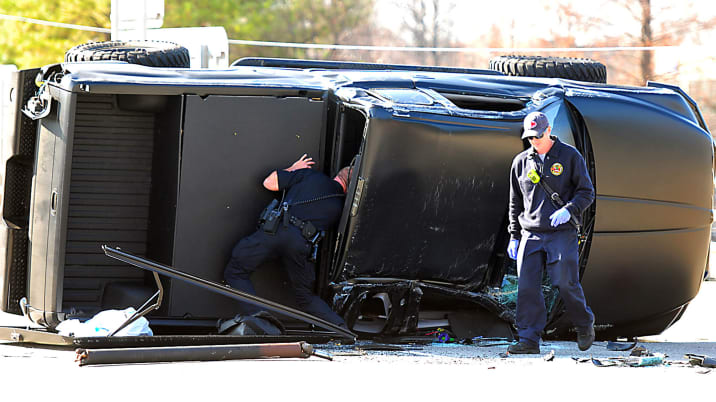 IIHS tabulated its results by examining fatality data from the National Highway Traffic Safety Administration and registration data from R.L. Polk & Co. Researchers examined 2011 model-year vehicle data through the end of the 2012 calendar year. The results examine drivers only, not all vehicle occupants.

A related IIHS study shows that technology improvements are the main reason for the decline in deaths. Improved structures and the addition of safety features saved approximately 7,700 lives in 2012 alone compared to the number that would have died had there been no technology changes since 1985. While safety-conscious car shoppers should no doubt check the full results for make-and-model information, there are some general trends in the data that are not surprising.

Four-wheel drive also seemed to be a difference maker. Thirteen of the 19 safest models in the study contained this feature, while only one of the 19 most dangerous cars – the Chevrolet Silverado 1500 Crew – had four-wheel drive.