Georgia Pushes Its Brand As The Center Of The Automotive South

An international real estate company had a high-profile client that wanted to relocate its North American headquarters. The client, whose identity was confidential, narrowed the list of prospective sites to Texas, North Carolina and Georgia.

Behind the scenes, they worked for months to lure the company, touting lower housing prices and a relaxed pace of life. They arranged interviews with CEOs of other companies in Atlanta who could speak about the area's business climate and they augmented negotiations with key executives from a utility company and Atlanta-Hartsfield Airport. Ultimately, they were also offered a reported $40 to $50 million in tax incentives.

Secrecy was vital. The intermediary and officials with the Georgia Department of Economic Development gave the project a code name that changed three times throughout the summer and fall, so that only a few people had access to the most basic information. It was called Operation Eagle.

It was only in September that the Georgia officials learned the identity of the client, Mercedes-Benz, and only last week that Operation Eagle bore fruit when the company publicly announced it would relocate its North American headquarters from Montvale, NJ, to the north side of Atlanta.

"They put themselves in a spot on the north side where millennials can live in the city, and people can live in the northern suburbs and raise a family," Tom Croteau, deputy commissioner of global commerce for the GDED, tells Autoblog. "And when you combine that with the business aspect of a lower-cost environment, that's what we were able to provide them, along with a long-term commitment to support them however we can."

In the move, the company benefits from a location that's closer to a growing base of suppliers that work with German car companies in the Southeast, as well as closer proximity to ports in Brunswick, GA, that are some of the busiest in the country. Mercedes-Benz will bring 800 to 1,000 jobs to the area.

In addition to the employment, Georgia benefits from another notch in its automotive belt. Atlanta is already home to Porsche's North American headquarters. Kia Motors has a major manufacturing facility in West Point, GA, and General Motors opened an information technology center in Atlanta two years ago that employs roughly 1,000 workers. 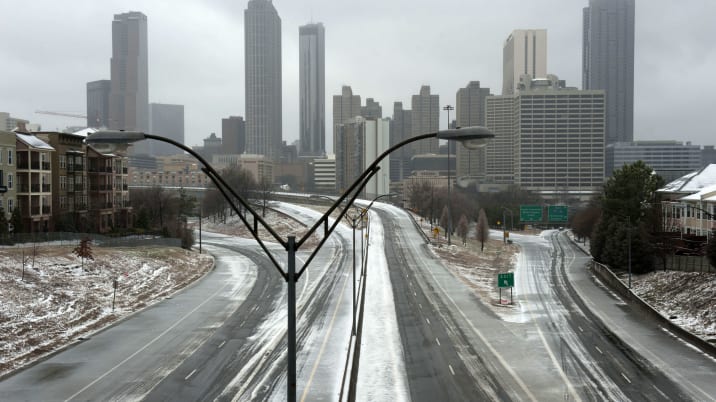 The automotive industry's southern shift is nothing new: over the past 15 years, the percentage of US auto workers located in the Southeast has risen from 20.8 percent to 29 percent today, per figures from the Bureau of Labor Statistics.

Increasingly, Atlanta has emerged as the capital of this automotive region. Croteau says there are approximately 250 auto-related companies that operate in its vicinity that employ more than 20,000 people and the Center for Automotive Research says Georgia overall has more than 70,000 auto-related jobs throughout the state. Beyond the big names of GM, Porsche and now Mercedes-Benz, it's suppliers that make up the bulk of the operations.

"We've seen tremendous activity from suppliers," he said. "When we look at our portfolio of projects that are active and moving, it's sometime as high as 40 percent that are coming out of the auto industry or related in some way. Maybe it's a company that's both autos and aerospace or a plastics company, but it's a remarkably high percentage over the past year-and-a-half or two years. So right now, the automotive industry is paramount to us, and we're paying more attention than ever."

Suppliers, particularly those that supply German automakers, are clustering around Atlanta for strategic reasons. They want to be close to the OEMs they work with, but not so aligned that they're overly reliant on one company's business, nor so close that they compete for skilled workers with the company they supply.

Mercedes-Benz operates an assembly plant near Vance, AL. Volkswagen operates one to the north in Chattanooga, TN. and BMW has a key assembly plant in Spartanburg, SC. Look at a map, and Atlanta is reasonably equidistant from all three facilities.

A report released by the Ann Arbor, MI-based Center for Automotive Research highlights the importance of these supplier clusters in the region. Released only two month ago, the report foretold all the factors that played a part in the Mercedes-Benz decision. 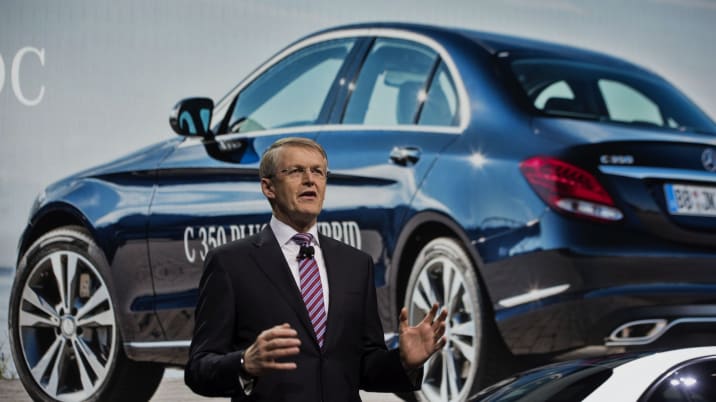 Reasons Behind The Match

It emphasized a need for executives from parent companies in the north to have a heightened presence in their southern operations, particularly to take a more hands-on approach with "undermanaged suppliers." It noted that skilled workers are the most acute need of companies operating in the area. Georgia recently unveiled a program that accelerates the alignment of degrees offered to students and the 10-year needs of the private sector.

"Nothing against English or history degrees, but really our university system needs to be more nimble to the needs of industry today," Croteau said. "That's what will separate us from our neighbors. Because the work is so automated and highly skilled, the states that win on workforce are going to win on economic development."

Finally, the CAR report noted that over the past five years, no major automakers have proposed opening new assembly facilities in the South; since 2009, all subsequent assembly plant growth has been located in Mexico. The takeaway: the South's continued automotive growth will either come from increasing its supplier base or white-collar jobs, like the ones brought by Mercedes-Benz.

In the South, those companies are continuing to eye Atlanta. "For our employees, Atlanta offers all this things that matter to us outside of work, such as a high quality of life, terrific schools and wonderful cultural and recreational activities," the company's CEO, Steve Cannon, said in a written statement. "We're proud to call Georgia our future home."