8 cars we're most looking forward to driving in 2015

Hot New Metal We Can't Wait To Get Our Mitts On Now that 2014 is officially in the books, it's time to look ahead. And following our list of the cars we liked best last year, we're now setting our sights at the hot new metal that's coming our way in 2015.

Some of these, we've already seen. And some are still set to debut during the 2015 auto show season. But these are the machines that keep us going – the things on the horizon that we're particularly stoked to drive, and drive hard.
Jeep Renegade 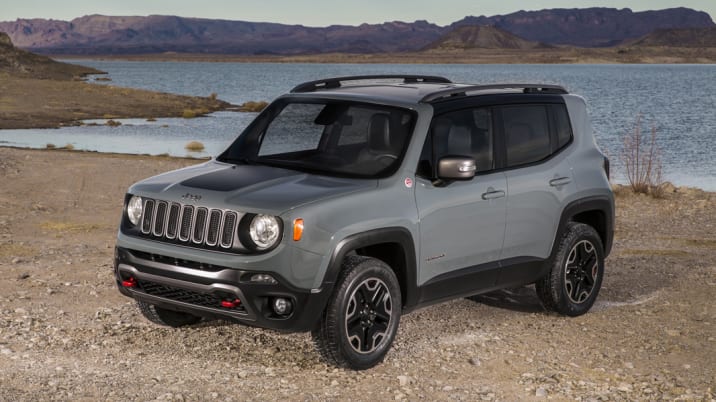 Not the Chevrolet Corvette Z06. Not the Ford Mustang GT350. Not the new John Cooper Works Mini. Nope, I'm looking forward to the adorable, trail-rated Jeep Renegade. And that's because I really, really, really like our long-term Jeep Cherokee Trailhawk. I do not, however, care too much for the Cherokee's looks, and I really don't like its $38,059 price tag.

The Renegade Trailhawk, meanwhile, promises much of the same rough-and-tumble character as its big brother, but at what we expect will be a more reasonable price (I'm personally wagering on the baby Jeep's off-road model starting at no more than $23,000). With a 2.4-liter four-cylinder and a nine-speed automatic, it should also be a bit easier to fill than the V6-powered Cherokee.

Also, I can't help but love the way the Renegade looks. It's like someone took a Wrangler, squished it by 50 percent and then handed it off to George Clinton for a healthy dose of funk. The interior, with its bright, expressive trims and color schemes should also be a really nice place to spend some time.

I'll be attending the Renegade's launch later this month, so I'll have a much shorter wait than my colleagues. Here's hoping the baby Jeep lives up to my expectations. 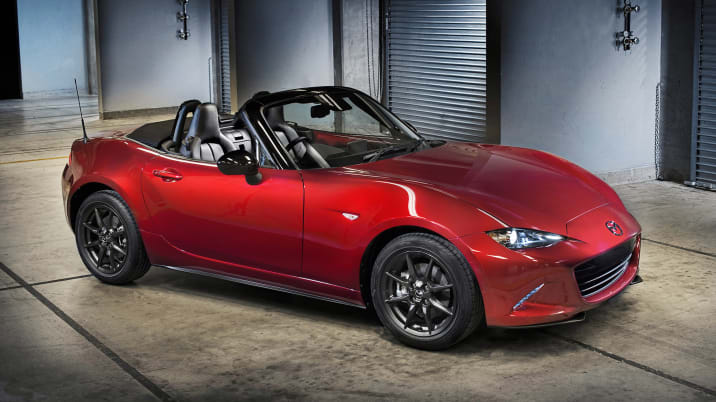 Here's an uncomfortable truth: I'd rather spend a day driving a properly sorted Mazda MX-5 Miata of any generation on a winding road than I would nearly any other vehicle, regardless of power, price or prestige.

It's not just that I prize top-down driving and enjoy the Miata's small size because it gives me more road to play with. I just find there's more motoring joy to be had with high-fidelity handling and an uncorrupted car-to-driver communication loop than I do with face-distorting power or grip – let alone valet-stand gravitas. But perhaps most of all, I love Miatas because they can deliver that level of feedback and driver reward at modest speeds that won't put the locals on edge or endanger lives – you can use more of the car more of the time.

Thus, it should come as no surprise that I'm more interested in driving the all-new 2016 Miata than I am in any other new car this year. It's tightened up its footprint, it's gone on a diet – around 220 pounds – and it's upped its efficiency and interior quality to boot.

Upon first seeing the new model back in September, I noted: "the Miata is a car that's pretty near to the spiritual center of gravity and moral center of the auto enthusiast world. Only a proper thrashing will really seal the deal, but upon first encounter, I don't see anything in the new fourth-generation Miata that should endanger that lovefest."

I hope I wasn't wide of the mark, and I can't wait to grab the keys and find out. 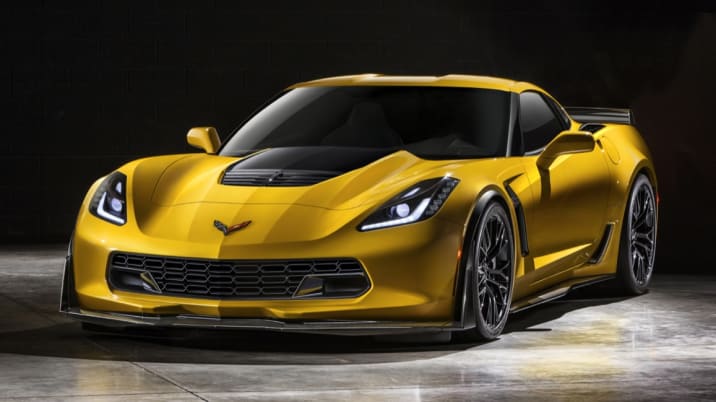 I fell madly in love with the standard Chevrolet Corvette Stingray when I first drove it over a year ago. It's one of the best-driving cars ever to come out of America, and I love it.

Before this new Stingray, the only version of the Corvette to ever get my motor running was the Z06, with its massive 7.0-liter V8. It was a total charmer, and I even preferred it to the more powerful ZR1. And then I saw the specs for the new Z06 and, well, I about fell out of my chair.

With a 650-horsepower, supercharged, 6.2-liter V8 underhood, this thing is going to be a total rocket. And since Chevy upgraded every little part of the Stingray's package to handle all that power, the already awesome Corvette is going to be so, so, so much better in Z06 guise. Me, a new Z06, and an empty track. That's what dreams are made of, for sure. 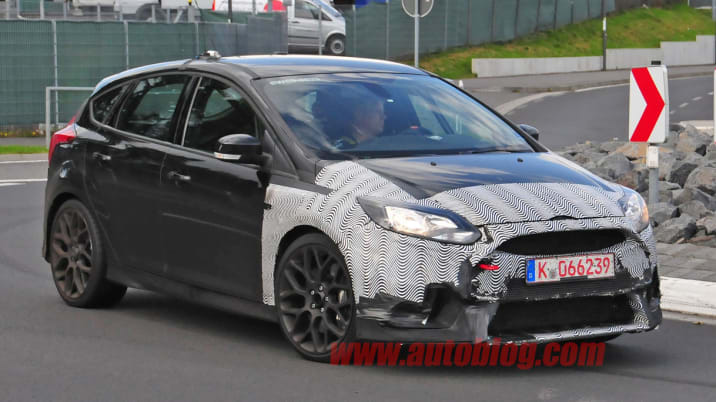 I love hot hatches and I have been mildly obsessed with the Focus since the early 2000s (yes, I know this makes me delusional). While we might not get into the driver's seat of the RS version of my favorite five-door in 2015, we'll definitely get to see it, hopefully at the upcoming Detroit Auto Show, or more likely, in Geneva.

Fun as the current Focus ST is, I'm ready for something more fierce, and this (hopefully) all-wheel drive, 300+ horsepower global offering should be a total blast to drive, even during the harsh Michigan winters. 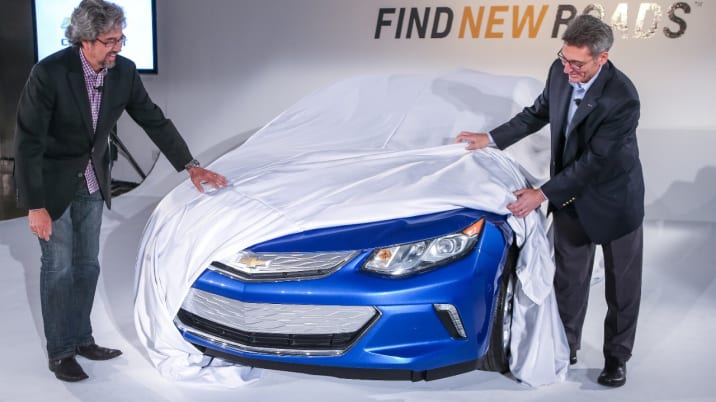 I don't expect the new Chevy Volt to drive all that different from the current car, but that's not why finally sitting in the new Volt is going to be exciting. Instead, I want to look out of the windshield and see what the future holds. What Chevy needs from this car is a solid, reliable competitor that will boost sales again. Sales of GM's halo car have been in a slow decline for many months now, and a powerful revamp should do wonders in turning that around. Of course, price and performance (EV range, miles per gallon, etc.) will obviously factor in, but we'll have a much better idea if this Volt will be a winner once we turn the key. Some cars you can only start to guess at when you're sitting in the driver's seat.

That's where we'll be able to see how GM has changed the green driving experience. Will the new Volt have the same, useless futuristic touches as the current model (touch-sensitive "buttons," I'm looking at you)? We know the driver-selectable regen from the ELR will make an appearance, but what about other tech from that expensive experiment? Pickup was always solid in the Volt, but how will it be improved for the 2016 model? So many questions, so little time to wait. 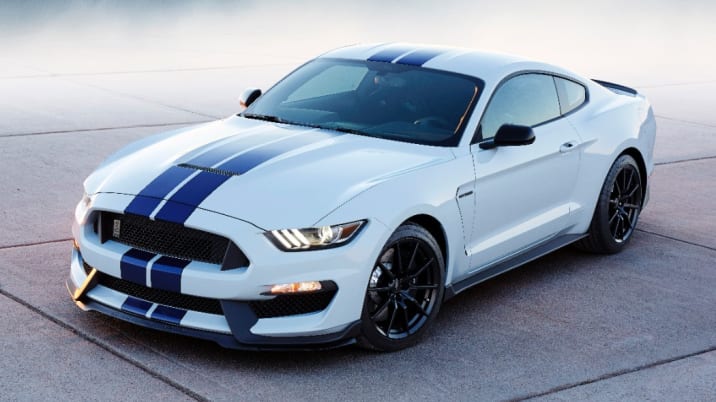 I'm a bit of a classic car buff. I grew up restoring old Pontiacs and air-cooled Volkswagens – numerous GTO and Trans Am models, and a Karmann Ghia convertible – with my dad, and my ownership documentation belies the fact that I was born in the year 1980.

While I very much appreciate modern cars for their effortless performance capabilities, extremely improved safety record and overall well-polishedness, I have a massive soft spot for the machinery that got us to this point, especially the muscle car classics of the 1960s and 70s. Suffice it to say that a poorly done retread of a classic car is enough to really grind my gears, so to speak – VW Beetle, Pontiac GTO, etc. – which is why I'm so excited by the upcoming Ford Shelby GT350 Mustang.

It's got the power necessary to put smiles on faces, sure, but it also promises to be an extremely well-rounded automotive package for the true enthusiast, geared toward race-track prowess in the face of much more expensive competitors. Sounds like the original Shelby GT350 Mustang, doesn't it? I look forward to finding out. 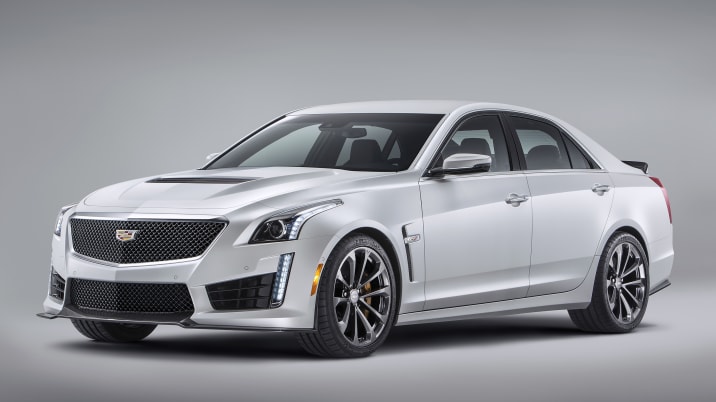 I can't wait to drive this 640-horsepower monster. It's everything I like in a car: big, rear-wheel drive, and it has a huge V8 under the hood. It's raw. It's visceral. I'm a steak-and-potatoes kind a guy, and the CTS-V is a ribeye on wheels.

I generally like sedans more than I like coupes, and the idea of the Corvette Z06's engine in a Cadillac four-door is intriguing to me. Plus, I like shiny things, and the CTS-V is dripping in chrome and LED lights, which nicely accent its sharp angles and proportions. Factor in all of the carbon fiber and functional aero treatments, and this car is a head-turner. But it's not all for show-the CTS-V is a high tech machine. With Magnetic Ride Control and an eight-speed automatic transmission, it's the kind of car I could easily drive for hundreds of miles. In fact, I'm looking forward to doing just that in 2015. 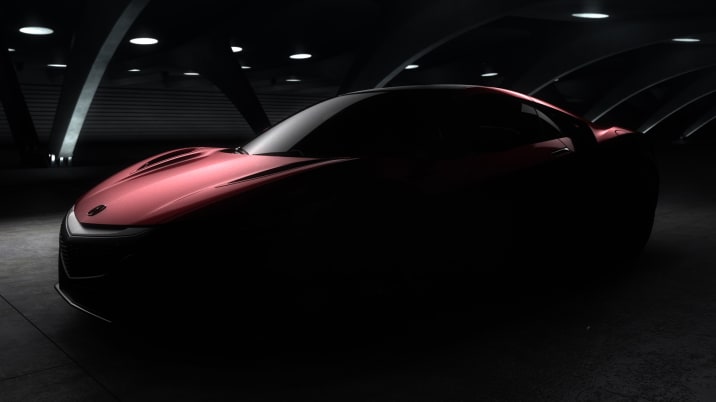 I first drove an Acura NSX in suburban Ohio, in 2007. As far as backdrops for dreams coming true go, it was an unlikely one, but the hour our so I spent behind the wheel of that 1991 NSX was the culmination of many years of car fantasy.

Since that day, I've pretty much been marking up my (many) subsequent calendars in a seemingly never-ending vigil for the next NSX to arrive. In fact, if you'd have asked me last year what car I was most looking forward to driving in 2014, the answer would have been the same: get me the goddamned NSX and get out of the way.

This is the year, guys. It may come at a point when Acura's reputation for building sporty cars has never been lower; it may come in the form of an all-wheel-drive hybrid with potentially questionably curb weight and balance; it may not live up to the decades of hype that have been generated in its long absence. But it's coming.

Throw me those keys.

Featured GalleryCars We're Most Looking Forward To In 2015