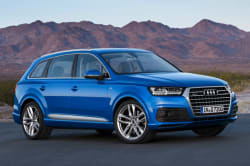 What started early this morning as a series of leaked images, quickly turned into Audi revealing the first official images of its next-generation Q7 SUV. Predicted to be shown to the world for the first time at the upcoming Detroit Auto Show, Audi's family hauler has seemingly been revised in just about every way possible. Check out the details as we have them, here. 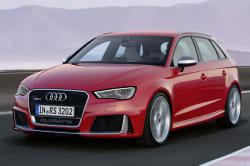 Just when you thought you didn't have enough news about new Audi models, U-Turn shows up to save the day. That's right, while American buyers can look forward to a new SUV, European buyers can start saving their pennies (or pence, or whatever you guys use) for this 355-hp hot-hatch killer.


Xcar on classic Bond cars, and the new one

Fans of the James Bond franchise or no, all of us can agree that new Aston Martin models are worth a look, right? There was a lot of excitement when the new DB10 was announced for upcoming Bond flick, Spectre, and now Xcar has the chance to talk spy cars old and new as a result.