Acura is recalling 9,700 examples of the 2014 and 2015 RLX in the US to replace their headlights. The problem is that the reflective backing material inside the units can potentially delaminate. If this happens, then the luxury sedans no longer conform to federal safety guidelines. The automaker knows of no injuries or crashes related to this issue, though.

The 2014 RLX has been subject to two other recalls. One covered loose bolts in the rear suspension, and the other was to replace the front seat belts.

RLX owners should receive mailed notification of the recall around February. This campaign comes hot on the heels of Acura issuing a stop-sale for the TLX V6 for a risk of possible rollaway. Scroll down to read the company's entire announcement of its latest recall. 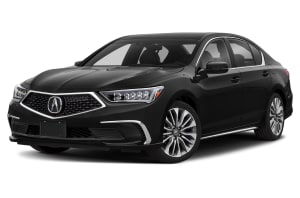