NHTSA To Investigate Largest Such Recall In History

The federal agency charged with keeping motorists safe on US roads is investigating whether child car-seat manufacturer Graco delayed in recalling millions of defective car seats.

The National Highway Traffic Safety Administration announced Monday it had opened a timeliness query into the handling and reporting of a safety defect that made it difficult or impossible for parents to unlatch children from their car seats. Some parents resorted to calling 911 or cutting straps with scissors to free their children.

Graco and NHTSA have repeatedly clashed over the necessity of a recall for the seats, and the latest announcement underscores the ongoing tension between the regulator and manufacturer, owned by parent company Newell Rubbermaid.

The company first recalled 3.8 million seats because of the defect in February 2014, then added 400,000 more in March. Graco resisted NHTSA's call for more recalls until July, when it relented and recalled 1.9 million more seats with defective buckles. Collectively, the 6.1 million seats comprise the largest recall of children's car seats in U.S. history. Now NHTSA wants to know why the seats weren't recalled sooner.

"There is no excuse for delaying a recall to address any safety-related defect," said NHTSA deputy administrator David Friedman. "If Graco delayed in protecting children and infants from this defect, we will hold them accountable." 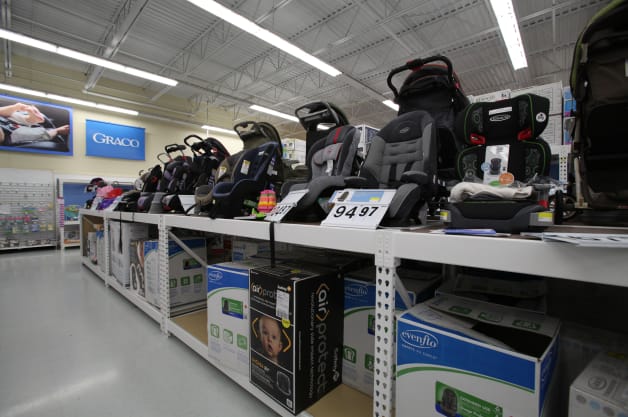 In Congressional hearings earlier this year, NHTSA and Friedman were routinely criticized for the agency's inaction in probing defects involving General Motors ignition switches and Takata airbags. NHTSA has since opened investigations into the latter, and Monday's announcement is another sign the agency is growing more confident in using its enforcement authority.

Initially, Graco said the difficulty unlatching the buckle was a "customer satisfaction" problem, one that was not mechanical in nature, but a problem of customer "perception" and "frustration." In documents filed with NHTSA, the company said it had received 6,100 complaints over the problem, and NHTSA itself had received 192.

On Monday, a Graco spokesperson said, "We thoroughly analyzed all data related to the buckles and took the required actions to keep our consumers safe. We worked cooperatively with NHTSA throughout its investigation and will continue to do so moving forward."

At least one death has been blamed on the defective latches. The company was a named defendant in a wrongful death lawsuit filed in California. Two-year-old Leiana Ramirez died in a 2011 car fire, during which her mother and bystanders said they could not free her from her car seat. A witness, Salvador Martinez, told the Los Angeles Times he suffered burns on his hands and arms while trying to remove the trapped girl from the car seat.

Federal law requires manufacturers to report known safety defects to NHTSA within five business days. Should NHTSA find that Graco violated the law, the company would be subject to a penalty as high as $35 million.

"Any delays by a manufacturer in meeting their obligations to report safety issues with the urgency they deserve, especially those that impact the well-being of our children, erodes that trust and is absolutely unacceptable," said U.S. Transportation Secretary Anthony Foxx.

In the video below, a Graco employee explains how to order replacement buckles and how to install them.

WASHINGTON – The U.S. Department of Transportation's National Highway Traffic Safety Administration (NHTSA) today announced that it opened an investigation into the timeliness of Graco Children's Products, Inc.'s (Graco) reporting of a safety defect in child seats. The defect involves buckles of child and infant car seats that stick or become stuck in the latched position, creating an unreasonable risk to a child's life in the event of an emergency.

"The Department is committed to ensuring that parents have peace of mind knowing that the car seat in which they are placing their child and their trust is safe and reliable," said U.S. Transportation Secretary Anthony Foxx. "Any delays by a manufacturer in meeting their obligations to report safety issues with the urgency they deserve, especially those that impact the well-being of our children, erodes that trust and is absolutely unacceptable."

Under the National Traffic and Motor Vehicle Safety Act, once a manufacturer knows or should reasonably know that an item of motor vehicle equipment, such as a car seat, contains a safety related defect, the manufacturer has a maximum of five business days to notify the agency. NHTSA's investigation will evaluate the facts of the case to determine if Graco violated the law.

"There is no excuse for delaying a recall to address any safety related defect," said NHTSA Deputy Administrator David Friedman. "If Graco delayed in protecting children and infants from this defect, we will hold them accountable."

If NHTSA's investigation finds that Graco was untimely in reporting the defect, the manufacturer could be fined up to $35 million in civil penalties. The Administration's four-year reauthorization bill – the GROW AMERICA Act – proposes to increase the Congressionally-established cap on fines from $35 million to $300 million. The Department of Transportation transmitted the GROW AMERICA Act to Congress in spring 2014.
X