The Editorial Staff Weighs In With A Few Thank-You Notes

Seyth Miersma
The inimitable David E. Davis, Jr., once described himself as " ...the luckiest guy in the world; a car enthusiast and I live in car-enthusiast heaven."

I think about that line a lot, but it seems ever-more poignant around this time of year, when families are gathered, stories are told and words of thanks are offered up more readily than on your average Thursday.

And even though, as a group, we wear a good deal fewer cravats than DED usually did, we can't help but feel as though we belong to that same Luckiest Guy group ourselves. Every man, woman and child of us.

So, keeping up with tradition, we offer you the 2014 version of our Thanksgiving List. Take a break from the carbo-loading, have a read, and then tell us which motoring wonders you're thankful for this year, in Comments.
Modern Muscle Cars 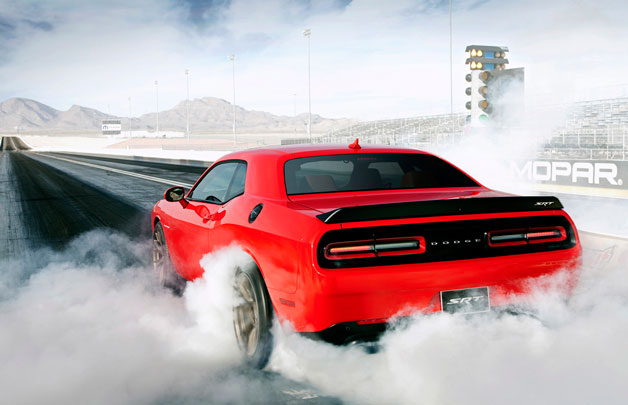 Like a lot of boys in the 1980s, I grew up playing with Hot Wheels. But I never really played with '80s cars. I always wanted my Hot Wheels (and Micro Machines, and scale models, etc.) to be muscle cars from the 1960s. Chargers, Mustangs, Challengers, GTOs, Chevelles – I liked and played with them all – and that's why I'm so glad there are modern versions of so many of them. There's something about getting in a Challenger or one of its brethren that's fun in a very pure way, the way cars are supposed to be fun. As I've grown up, my tastes have evolved, and I'm thankful for a variety of car things, like the six-speed manual in a Volkswagen GTI and the well-sorted brilliance of a BMW M car. But I still think it's great that in 2014, almost 2015, you can drive a real muscle car that has some of the octane-induced adrenaline of the '60s. 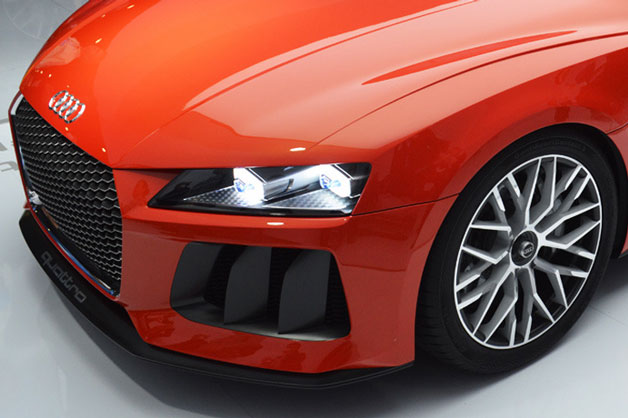 If you haven't been a driver for long, you may not realize one of the biggest improvements in cars today – headlamps. Modern cars are faster and more capable than ever, which is why it's good that we finally have headlights up to the job. It wasn't that long ago that it was quite easy to 'outdrive' one's headlights, but now that we have high-tech solutions like Xenons and LEDs, it's less of an issue. There are also all manner of well-done dynamic cornering headlamps, auto high-beams, and so on.

For a progress report on today's lighting, one need only hop into an older car and compare. I've got a couple in my stable, including a second-generation Mazda MX-5 Miata and an early '90s Saab 900, the latter of which has headlights that look like they rely on whale oil. Even after upgrading to modern bulbs, it's a real issue, and older cars' sealed beams can be even worse. I consider HID headlamps to be a mandatory purchase on any new car – a safety feature more important than any additional creature comfort or high-performance part.

Back when Xenon headlamps were first coming on the scene, the technology was nearly quashed by fears their color and brightness would pose a safety hazard, but those fears seem to have largely gone by the wayside. Today, our Federal government is weighing the legality of a number of high-tech lighting solutions that are already legal in other countries, including laser-beam units from Audi and BMW, along with dynamic headlamps that actually pinpoint pedestrian hazards and highlight them or flash at them depending on whether they are deemed to be human or four-legged. There are dynamic taillamp and turn-signal technologies ensnared in bureaucratic red tape, too.

Hopefully by this time next year, I'll be giving thanks to the feds for finally green-lighting these important safety technologies, but I'm not holding my breath.

I had a pretty good year in 2014. I drove a Lamborghini in Spain, the first new Alfa Romeo that Americans give a damn about in California and the last great US military vehicle through some field in Illinois. The common factor with all of those things: I didn't have to pay to replace any of their tires.

Being a car writer is a great gig, but one seldom-acknowledged part of that is the fact that we're always hopping into cars with fresh rubber, if only to burn as much of it away as we can over the course of hours. (Or, in the case of Steven J. Ewing, a Ford Mustang GT, and Line-Lock... 13 seconds.)

Tires make all the difference, and never having to think twice about one of motoring's most expensive and valuable consumables, is something I'm always thankful for. 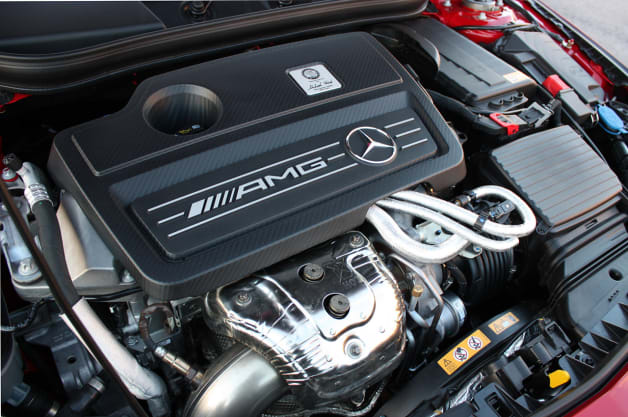 For the past three years, I've used this annual list to wax poetic about my love for hot hatches. And while I'm still super geeked about these functional little pocket rockets yet again (this is a love that cannot die, folks), I've decided that this year, I'm going to focus on one of the big reasons why hot hatches – and many other cars – are so great: turbochargers.

I recently drove the new Mercedes-Benz GLA45 AMG. It has a 2.0-liter, four-cylinder engine with an absolutely massive turbo bolted on. The result? 355 horsepower. From a 2.0-liter engine. In a production car. Less than half a decade ago, the 2010 Ford Mustang was only making 310 hp with a freaking 4.6-liter V8. But with modern turbos, you can get similar performance along with gains in efficiency, and that makes everyone happy. Plus, there's nothing quite like digging into the throttle of a Ford Focus ST and feeling that forced-induction boost carry you off to Hooligantown.

Not so very long ago, it required time, patience and no small amount of money to make a credible looking car video with moving footage. (And before that, it was practically a death-defying occupation.)

These days, the Autoblog A\V Team can assemble footage like you see in our Mazda Miata Unplugged video with a suction cup and an almost-indestructible camera. A camera that just about anyone can afford to buy can buy, just about anywhere. Recording in ultra high definition. I call that progress. 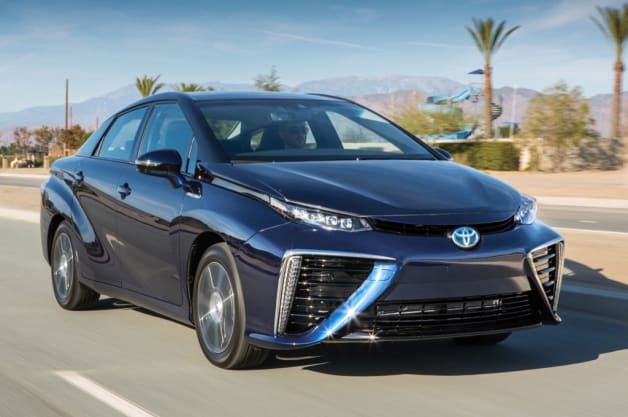 This year, I'm particularly thankful for the optimists. It is all to easy to scoff at Mullen Technologies for bringing back the failed all-electric Coda Sedan or to sit and pick apart all of the things that could go wrong with Toyota's plans for world domination of hydrogen fuel cell vehicles, but you know what's harder? To set out and do something.

I have serious questions about the viability of a lot of the things we write about on AutoblogGreen – it's a blog that's really based in the future most of the time – but without people dreaming big dreams, we'd all be driving terrible, inefficient cars that would probably work best burning bunker fuel. It's cheap, right?

But whether you look at a 54.5-mile per gallon fuel economy standard by 2025 or Tesla putting in a network of free Superchargers across the US and Europe (and more, most likely), it's worth it to take the time to be thankful that people aren't afraid to try something amazing. Who knows, some of their ideas might even work.

This year, I'm thankful for dashboard cameras. And you should be too.

Dash cams have been around a while, but have only recently become popular in the States. With more cams popping up on dashboards in the last year, the videos from the wilds of the American roadway have been rolling in. And the videos are just as good as Russia's. Through these constantly watching eyes we've been able to capture incredible natural events, close calls and cops behaving badly or saving lives, depending on the cop. They can also be helpful in case of an accident. Everyone should have one rolling on their dash. You never know when something YouTube-worthy will land in front of you. 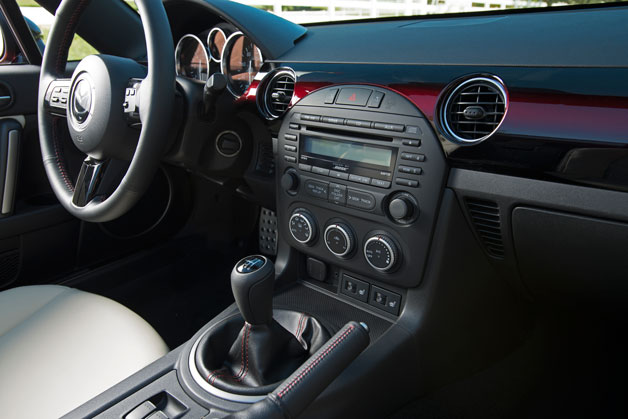 Tech is great when it's designed well. Straightforward controls are being replaced by fashionable designs that are user-hostile. Go ahead, just try to dim that giant light source while driving through snow at midnight. You want to change the radio station quick? Sorry, bub, that's four screens from here.

When a car has buttons and knobs for common functions, I give it a little kiss on the dashboard. I'm thankful that at least some automakers haven't forgotten to remember that people will actually have to use this stuff. 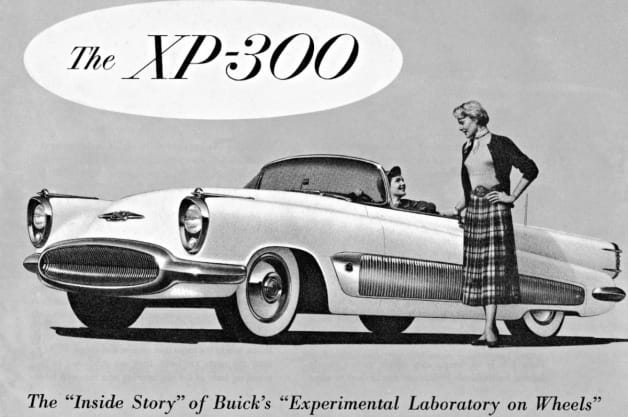 In writing about cars every day, we're constantly looking forward at what's coming next, but one of the great things about our hobby is that each year there's more in the past to celebrate. That's why I'm thankful for old auto advertising and the websites that feature it.

Sites on Tumblr like Chromjuwelen and Flat Tires and Engine Misfires, not to mention some of the work from Petrolicious, update regularly with old print ads that preach endless optimism towards the next great technological innovation ­– like fuel injection or an independent rear suspension. My personal favorites are the illustrated examples that use a bit of artistic license to make vehicles appear wider and longer than they could ever actually be. Visiting these sources is a free way to go back in time and enjoy the auto hobby from yesteryear. Happy Thanksgiving!