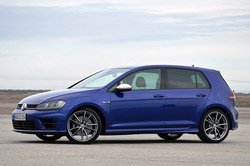 The first time we drove Volkswagen's new turbocharged Golf R, it was on a frozen lake in northern Sweden, near the border of the Arctic Circle. Fun? You bet. Now, senior editor Seyth Miersma had the chance to drive the plucky little Golf R here in the States, in southern California. How does Volkswagen's hottest hatch shake out on dry pavement? Find out, here. 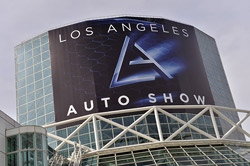 Editors' Choice: Our favorites from LA

The 2014 Los Angeles Auto Show has come and gone. And to officially tie a bow on our obsessive coverage, our editors have picked their favorites from all the vehicles that debuted in LA. The usual suspects of powerful sports cars and gorgeous concept cars indeed make the list, but out top pick might actually surprise you. 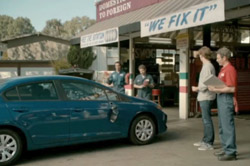 'Fix It Again, Tony' is a thing of the past

Back in the day, the big joke was that Fiat stood for "Fix It Again, Tony" – the cars were pretty notoriously unreliable. And while the reborn Fiat brand is a totally different animal, some folks think that old stigma about poorly made cars still carries on. So rather than leave it as the elephant in the room, Fiat is addressing it sort of head-on in this new ad.