GM has recalled an estimated 2.6 million vehicles for the ignition switches, and it's believed at least 32 deaths have resulted from the crashes.

General Motors again came under fire this week for its handling of its far-reaching ignition-switch recall.

Newly released emails indicated GM had ordered 500,000 replacement ignition switches nearly two months before it notified the National Highway Traffic Safety Administration of the dangers posed by the cars. An urgent order was placed in December 2013 with parts supplier Delphi Automotive, though the recall wasn't announced until February 2014.

"The question is why the delay and how many lives were put at risk since GM waited at least two months before issuing a recall even though it had already decided to order parts," Sen. Richard Blumenthal (D-Conn.) said in a statement.

GM said it has revamped its safety processes, compressing the time required to take action, and a vice president of global safety, Jeff Boyer, was appointed in April. The company says these moves allow information about safety issues to reach senior executives sooner.

"These emails are further confirmation that our system needed reform, and we have done so," GM spokesman Alan Adler told Autoblog earlier this week. "We have reorganized our entire safety investigation and decision process and have more investigators, move issues more quickly and make decisions with better data." 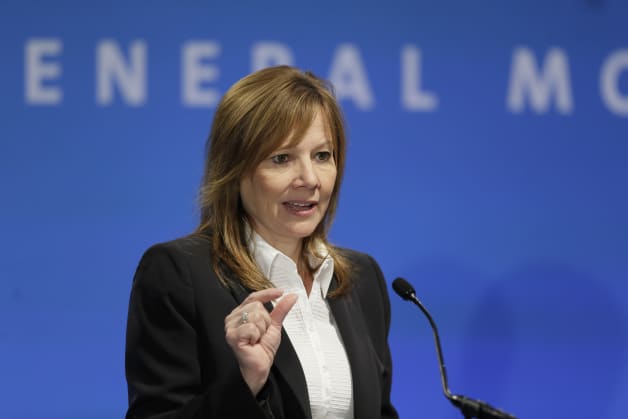 The ignition-switch controversy has grown throughout the year as more details emerge, the recall was expanded and more victims were identified. GM has recalled an estimated 2.6 million vehicles for the ignition switches, and it's believed at least 32 deaths have resulted from the crashes. NHTSA hit GM with the maximum $35-million civil penalty in May for failing to report the defects in a timely manner.

Adler said 55.5 percent of the recalled vehicles that are still in service have been fixed.

Meanwhile, GM CEO Mary Barra – whom Blumenthal wants recalled to testify on Capitol Hill to explain the company's actions – withdrew from an award ceremony scheduled for next week after protests from family members of motorists killed in cars with GM's defective ignition switches.

General Motors also has drawn criticism for failing to notify the family of one of the early victims of the safety crisis. Connecticut motorist Jean Averill crashed a Saturn Ion in 2003 as a result of a malfunctioning ignition switch, though the reasons for the crash were not disclosed to her family. All of the victims have now been notified, GM said.

Jason Vines, the top spokesman at Ford during the Explorer-Firestone rollover crisis in 2000, said Monday that the GM situation could end up being worse, even though an estimated 271 we killed as a result of the Explorer crashes.

"I think someone is going to go to jail for this," Vines said. "I think this is going to cost them billions."

Other News and Views 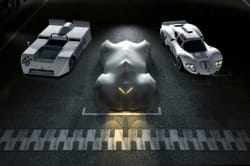 Chevy brings back Chaparral for PlayStation

Chevrolet is reviving the Chaparral name for a racecar concept that will debut this week at the Los Angeles Auto Show. The concept was developed for the Vision Gran Turismo Project that marks the 15th anniversary of PlayStation's famous Gran Turismo game. A virtual version of the race car, called the Chaparral 2X VGT concept, can be downloaded via a Gran Turismo update that will be available in December. Chaparrals successfully raced from the 1960s into the 1980s at a range of levels, including SCCA, Trans-Am and IndyCar competition. 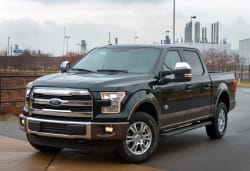 The first 2015 F-150 rolled off the assembly line this week amid great fanfare in Dearborn, MI. Ford held a large ceremony attended by the company's executive chairman, Bill Ford, Jr., CEO Mark Fields and government officials. The 2015 model is a landmark vehicle for Ford – and the industry – as it uses an aluminum body to reduce weight by about 700 pounds. The trucks begin arriving in dealerships next month, and Ford expects to have a full inventory by the second quarter of 2015 when a second truck factory, in Kansas City, comes online.

Meanwhile, in a much quieter setting, the new Chevy Corvette Z06 went into production in Bowling Green, KY. It will take a while for these sports cars to reach customers, as Chevy is still doing quality checks. The first Z06 is believed to be heading to motorsports and dealer kingpin Rick Hendrick. 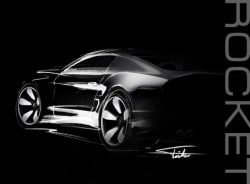 Henrik Fisker, the founder and former leader of Fisker Automotive, is back with a collaboration with Southern California tuner, Galpin Auto Sports. Details are slim, but the venture is being billed as the "ultimate American muscle car," and the reveal is scheduled for the Los Angeles show. In addition to launching Fisker Automotive – which eventually went bankrupt and is now owned by investors from China – Henrik Fisker is known for his design work at BMW, Aston Martin and other automakers.