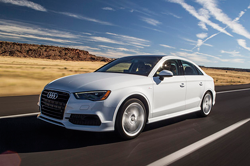 Audi recently challenged us to drive 834 miles on one tank of diesel in the new 2015 A3 TDI sedan. Senior Editor Steven Ewing was up for the task, and managed just under 60 miles per gallon in the new Audi – nearly 17 mpg better than the EPA highway rating. This wasn't an easy task, though. Read his full experience, here. 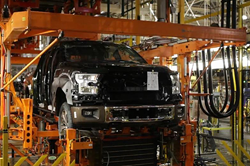 The aluminum-bodied F-150 isn't just a breakthrough for Ford, it's a game-changer in the pickup truck market. To ensure that this completely redesigned truck is still Built Ford Tough, Ford had to reconfigure several of its manufacturing processes, and we took a tour of the automaker's pickup plant just as the first F-150s rolled off the line. 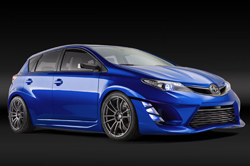 Toyota's youth-oriented division teased its new LA Auto Show concept some time ago, but we now have full images and details. It's called the iM, and it's actually just a rebadged version of the Auris that Toyota already sells overseas. Of course, it's been fitted with some extra flashy bits to make it at least look more exciting and show-ready. Get the full scoop, here.