A Rolls-Royce is not what you'd typically consider to be "sporty." Luxurious. Stately. Even powerful, packed as they are with twelve-cylinder engines displacing in excess of six and a half liters. The Wraith set out to change that with a sportier package, more rakish profile and an even more potent version of the Ghost's 6.6-liter twin-turbo V12 to make it the fastest and most powerful Rolls-Royce ever made. But now it seems Goodwood is working on an even more aggressive version.

Spotted undergoing testing in parent company BMW's home country of Germany, this particular Wraith might strike you as the same one we've already seen, save for a few telltale details. It may be wearing the same rolling stock as the existing model, with what look like the same tailpipes protruding ever so elegantly around back, but at the bottom of the front bumper and atop the rear trunklid you'll notice more assertive spoilers added on.

To what end, we cannot be certain, but our spotters on the ground seem to think this is a prototype for a more extreme version of the Wraith – possibly inspired by the attention garnered by the Bentley Continental GT3-R. Could we be looking at a Wraith V-Specification like we saw with the Ghost? We'll have to wait to find out for sure, but in the meantime you can scope out the virtually undisguised prototype in the gallery of high-resolution spy shots above. 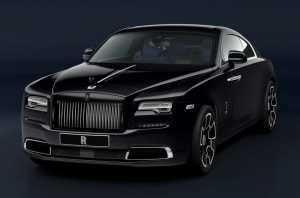 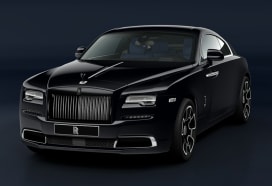 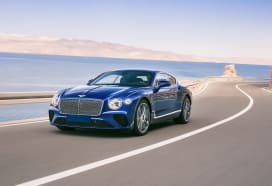 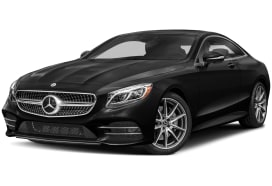