Chris Paukert
In this German-language video, we see a batch of Audi engineers wiring up an A3 Cabriolet with a network of small cameras. The goal? To help identify where and how stone martens – small, ferret-like animals – attack cars. The idea is to observe the animals' behavior around the vehicles, see where they go, what they chew on, and work to develop solutions.

So why go to all this trouble? Cars and trucks are easily the single-most complex consumer good, and they're subject to the widest variety of conditions, regulations and usage cases that one could possibly imagine. They also come with very high consumer expectations for reliability. Thus, it's up to automakers to vet their vehicles for just about every possible scenario and threat – including weasels. And if that means Audi has to go hire Walter Simbeck, animal trainer to the stars, and string up a bunch of GoPros on an A3, well, they're game.

In speaking with Autoblog, Mark Dahncke, senior product manager at Audi of America tells it best:


In Europe it is a common problem to have wild, ferret-like animals crawl into the engine bay of cars while parked and idle and bite through brake/power steering and other lines/hoses. Audi Deutschland's quality control is seeing where the ferrets go within the engine compartment, which lines they chew on. Based on the video, they will then look to use different materials that a ferret doesn't like biting into. Looks totally random, but it is an issue in Germany and Europe in general.

As it turns out, when engineers and owners refer to a car having gremlins, it's not always metaphorical. 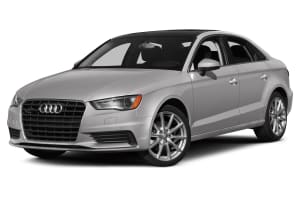