Weekly Recap: The big business of the SEMA show

Plus: 'Chevy Guy' Wins The World Series; Ferrari Gets Spun Off; And BMW X5M And X6M Are Updated for 2016 Don't let the glare from all that chrome blind you or distract from a buttoned-downed reality: the SEMA show is big business.

The SEMA show in Las Vegas is where automakers and tuners roll out some of their gaudiest wares. It's a feast for the senses – especially if you like huge wheels, crazy paint jobs and over-the-top performance. But don't let the glare from all that chrome blind you or distract from a buttoned-downed reality: the SEMA show is big business.

Last year it attracted more than 60,000 buyers from around the world, and nearly 2,000 products were introduced in one of the show's spotlight sections, called the new product showcase. It's ground zero for the $30-billion automotive aftermarket in North America, which has been steadily growing the last five years.

Naturally, car companies want a piece of that.
Mopar, which traditionally has a prominent display, is bringing a road-racing-styled Viper, custom Jeep Renegades dubbed the "Frostbite" and "Riptide" and a huge Ram ProMaster van that doubles as a fully functioning bar and merchandise booth. They'll vie for space with an array of Dodge Challengers, Chargers and Jeep Wranglers.

"It lets us show all of the things we have, but also develop pieces and parts," said Mark Trostle, head of Mopar and SRT design. "SEMA is the perfect place to show what we can do." 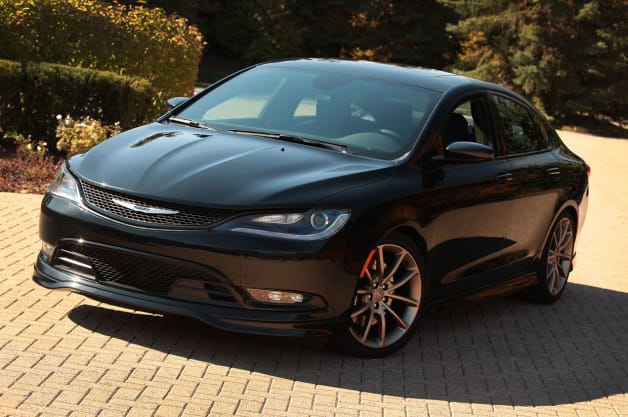 It's also a venue to show what automakers are thinking of doing. Mopar will show off 19-inch bronze-colored wheels on a Chrysler 200S next week, and they're expected to be available as an aftermarket offering in 2015.

While Mopar, which specializes in parts and customization, places major emphasis on the SEMA (Specialty Equipment Market Association) show, it's become a significant event on the global auto show calendar. Many major automakers, including Ford, General Motors, Hyundai, Kia, Toyota, Honda and Mazda, have large presences at the show, and they use it as a way to connect with enthusiast customers.

As it's grown, the show has evolved, with features like a "Battle of the Builders" competition between top hot-rodders and customizers, awards for the best cars at the show, and even an official after party called SEMA Ignited, which allows the public to see some of the trade show's most exciting exhibits.

Next week, the eyes of the industry will again fall on this custom show in the desert. Thought it's an event rooted in the passion of enthusiasts, make no mistake: SEMA – like Las Vegas – is all about the money.

Other News And Views 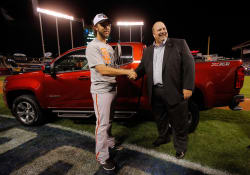 Regional Chevrolet manager Rikk Wilde's presentation of the World Series Most Valuable Player trophy to San Franciso Giants pitcher Madison Bumgarner was a bit uneven, to say the least. With the eyes of the baseball world upon him, the local exec rambled and stumbled through a speech referencing the "technology and stuff" available in the 2015 Chevy Colorado, which goes to the MVP.

Chevy, however, quickly flipped the script, turning it from a cringe-worthy moment (retiring baseball commissioner Bud Selig looked visibly bewildered), to a strong marketing campaign, and the hashtag #technologyandstuff went viral, bringing the new truck to a wide range of potential buyers. 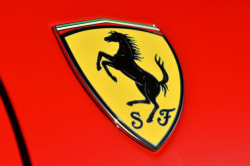 Fiat Chrysler to spin off Ferrari

Fiat Chrysler Automobiles said this week that it will spin off Ferrari in 2015. The company will list 10 percent of its shares on the market, with the rest being divided up among FCA shareholders. The stock will be listed in the United States and possibly on a European exchange. The announcement follows the departure of longtime chairman Luca di Montezemolo in October. The move allows FCA to raise cash, and preserves a degree of independence for Ferrari. 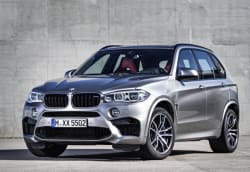 BMW revealed the 2016 versions of its high-powered SUVs, the X5M and the X6M, which will debut formally at the Los Angeles Auto Show in November. Power grows from 555 horsepower to 567 hp in the 4.4-liter twin-turbo V8 engines (used by both utes) and the transmission is upgraded to an eight-speed unit. Torque – which you'll feel when you tap the throttle – leaps from 500 pound-feet to 553 lb-ft. The X5 M starts at $99,650, and the X6 M is $103,050, when they arrive at dealers next year.