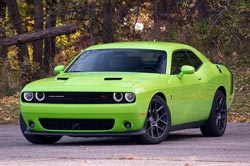 The goodness of the 2015 Dodge Challenger isn't just limited to that 707-horsepower Hellcat model. As associate editor Brandon Turkus explains, there's plenty to love about the Challenger R/T with its Scat Pack kit, complete with a 6.4-liter V8, eight-speed automatic transmission, and more poise than ever before. Read all about it in today's Quick Spin. 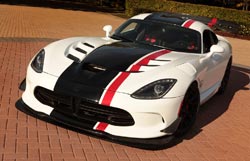 The annual aftermarket-fest that is SEMA is right around the corner, and today, Fiat Chrysler Automobiles showed us its entire hand. The custom cars, created by the Mopar division, touch on everything from the smallest Fiat 500 and Dodge Dart to super-powerful machines like the Challenger and Viper. Have a look here, to see what's in store for SEMA. 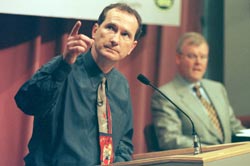 Did Ford bug its former PR chief's car and phone?

The Ford Explorer Firestone tire recall of 2001 was huge news. And in a new report from The Detroit News, Ford's then-head of communications, Jason Vines, is accusing the Blue Oval of bugging his car and company phone during that time. The News received an advanced copy of Vines' upcoming book, which sheds some light on this allegation, and you can read a preview of this whole situation, here.