So Much More Than Toys, These Cars Are Grown-Up Fun For Enthusiasts Update: Check out our reader submission at the end.

Lego cars are among our favorite toys. They're fun for play, and if built properly, great to display. With that in mind, we've crafted a list of some of the best creations we've seen. Some are on sale now, while others are merely the work of fanciful enthusiasts. There are even a couple that you definitely cannot buy (we'll explain).

Our choices are diverse, including everything from a diminutive 1969 Chevy Corvette to a fullsize Ferrari Formula One racecar. These are just five projects that caught our eye – there are many more out there – so if you don't see your favorite Lego car on the list (or if you have your own creation), please tell us about it, in Comments. 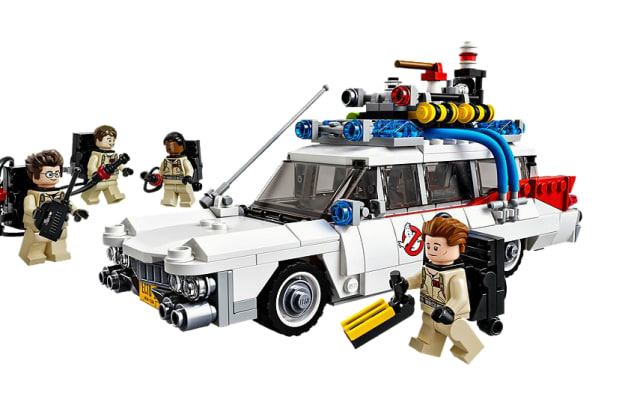 With Halloween right around the corner, we'll start off with the Ghostbusters car, formally called Ecto-1. The set lists for $49.99, and it earns points for its attention to detail and lasting pop culture relevance.

Lego says it's for ages 10 and up, but with 508 parts – some of them rather intricate – this one's for future engineers and designers. Or at least adult model builders. But it's worth heeding the instructions, as Lego has faithfully reproduced all of the ghost-hunting gear, and authentically replicated the curves and fins of the 1959 Cadillac station wagon that underpins the Ecto-1. Plus, the little Lego men actually look like the original Ghostbusters. Don't blink, one really does look like Bill Murray. 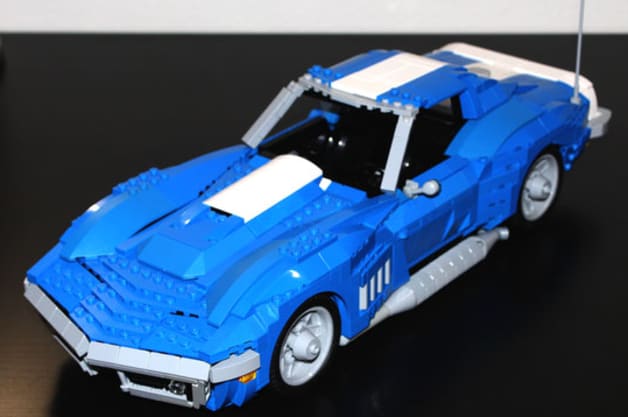 Calm yourselves, Corvette fan boys, this one isn't real. Yet. It's still a concept submitted on the website, Lego Ideas. As the name implies, it's a site where enthusiasts can submit their ideas, and if they get enough support, they might get selected for production by Lego. A project needs 10,000 backers for Lego brass to formally review the idea. This 'Vette quickly garnered significant support, securing 5,000-plus supporters in fewer than two months, even earning an official comment from Lego: "It might not be a quarter mile[r] in 11.5 seconds, but crossing 5,000+ supporters in less than two months is very impressive. We hope you can keep up this high speed to cross the finish line of 10,000 supporters!"

That sounds pretty optimistic, and it's a good sign for Corvette fans. Regardless of the end result, this model captured our eye for its intricate design elements. It includes a two-tone color scheme, removable T-top roof and detailed engine. The creator has been diligently updating the creation, too, adding bumper covers for the entire C3 range. All told, this model requires 1,500 parts.

Lego captures the look of the classic Mini Cooper with this 1,077-piece set. It's part of the Lego Expert Series and went on sale in August for $99.99. It's nattily attired in British Racing Green, which is accented with a white roof and white stripes on the side. The cabin has a movable gearshift and handbrake, and in the trunk – err, boot – there's a picnic set and spare tire.

So there are "Expert" sets for people who really are into Legos, and then there's fullsize, drivable Lego cars for those whose enthusiasm is borderline fanatic. Called the Super Awesome Lego Project, the creators say this thing can reach a speed of 20 miles per hour. It uses 256 pistons and two high-pressure tanks for propulsion. The project took 500,000 Legos to build in Romania and then was shipped to Australia. Clad in a black-and-yellow bumblebee color scheme, this hot rod begs for a lap or two at the Woodward Dream Cruise. 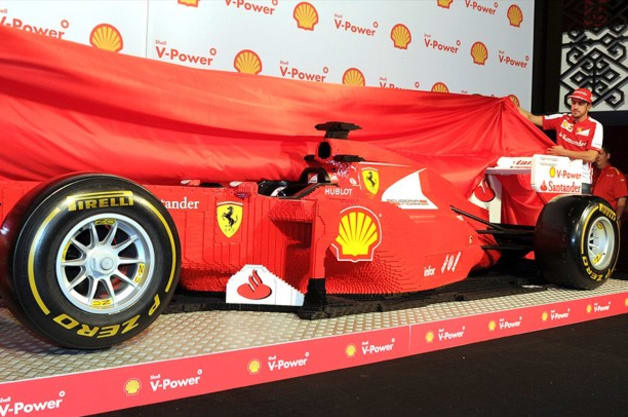 Okay, you could dismiss the Super Awesome Lego Project as a fringe venture built by Lego obsessives. But this Lego Ferrari Formula One racecar is just as over the top – and it was fully backed by the Scuderia. It's a fullsize replica of the 2011 Ferrari F1 car, the oddly named F150th Italia. Most of the car was made of Legos, though it does roll on Pirelli rubber. Ferrari used its then-F1 tandem of Felipe Massa and Fernando Alonso to reveal the car, which was meant to call attention to the company's deal with Shell to sell Lego Ferraris at gas stations. 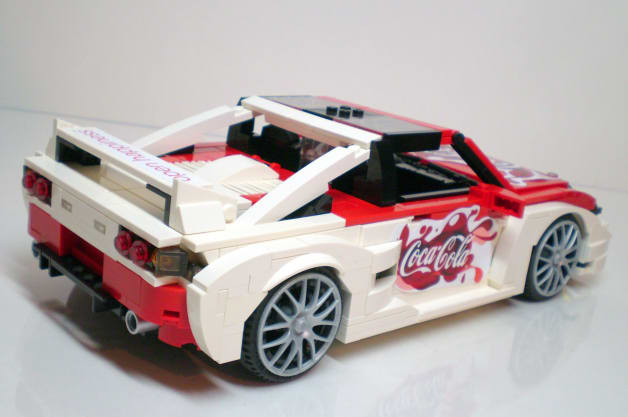 So we asked for your favorite creations, and one particularly piqued our interest. Commenter krudmuphin linked to some of his work, which features a 1997 Toyota MR2 Turbo in a widebody style. The portfolio also includes a 1967 Pontiac Firebird convertible, 1974 Lancia Stratos and even a 1980 Fiat Panda four-wheel-drive taxi.