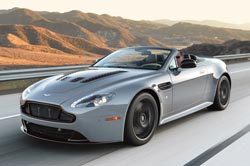 The V12 Vantage S is indeed the shining star in Aston Martin's lineup these days, what with its screaming V12 engine and 565 horsepower on tap. Now, Aston has given its S treatment to the V12 Vantage roadster, making it the most powerful, quickest-accelerating, and fastest production roadster money can buy. Michael Harley takes one for a quick spin in Palm Springs, here. 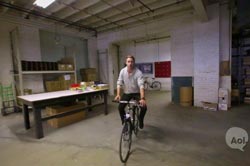 It may be the Motor City, but there's a huge subculture of two-wheeled enthusiasts living in and around Detroit these days. In the latest episode of Translogic, host Jonathon Buckley takes a look at a few of the cool things happening for bike enthusiasts in The D, including a tour of Detroit Bikes, a ride through the Slow Roll, and a cruise with the East Side Riders. 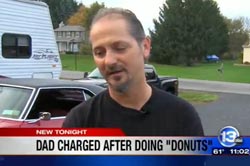 There's the old stereotype that cops love donuts, but that isn't completely true. Doughy treats aside, burning rubber might be a whole lot of fun for drivers and passengers alike, but to law enforcement, it's a big no-no. Take this story, for instance, where a man was arrested for doing donuts in his 1968 Camaro with his son. That said, it all took place in the parking lot next to a town hall and sheriff's office. Watch the video report and let us know what you think.