P85D, AWD, Autopilot And Guessing On The Internet

Sebastian Blanco
Today is D-day. We will know all of the details about the Tesla D and the mysterious "one other thing" – well, all the details that Tesla is willing to give – later tonight, but for now we're going to try and piece the story together based on whatever rumors and hints we can find. We've already speculated that the D stands for an all-wheel drive version of the Model S, which is an update that CEO Elon Musk has long talked about. But what else could be announced tonight, since the 'one other thing' apparently won't be the reveal of the production Model X? Could it be the first prototype of the Model 3? That's one rumor.

Vanity Fair got to ask Musk directly, since the magazine invited him to its New Establishment Summit. While Musk didn't exactly spill the beans, he did give us a little something to chew on. "One of the things is already there, and people just don't realize it," he said (see video below). When pressed for more details, all Musk said was: "The Internet is very good at guessing these things. [They're] directionally connect, but the magnitude is not appreciated yet." Could he be talking about better driver assistance features? Some sources say that's exactly what he's hinting at, with the D standing for Driver or something else that means autopilot.

There's also an unconfirmed report out there that the AWD Model S, which might be called the P85D, will be noticeably quicker – with a 0-60 time of under three seconds, compared to 4.2 for the current quickest model – but this sort of thing has been suggested and then denied before. So, any other guesses? 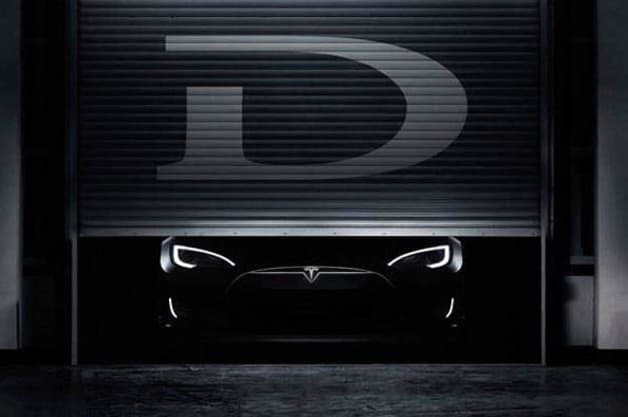