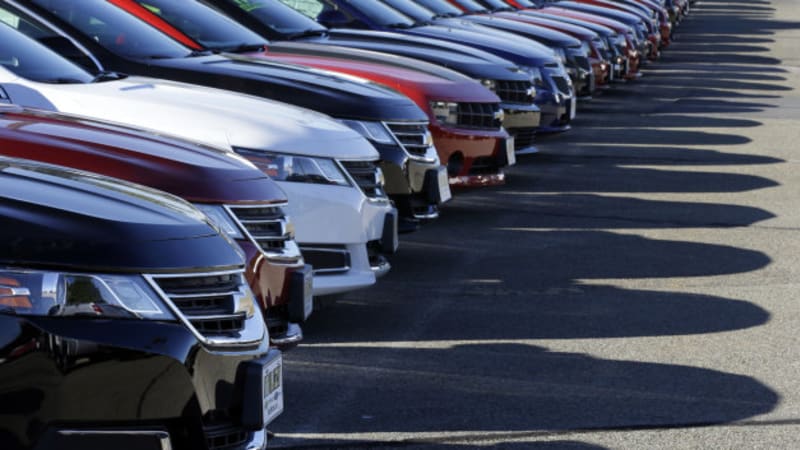 Longer loan terms and favorable interest rates are tempting consumers into pricier and more feature-laden vehicles, consequently driving average transaction prices up about three percent since 2009, according to a new report by Automotive News.

It's that first bit, about longer loan terms, that has helped bump transaction prices. The availability of no-interest, 72-month loans, AN reports, is allowing buyers targeting a maximum monthly payment of $500 to spend $6,000 more than on a more traditional five-year loan. Even for those with a more mainstream, $400-per-month target, a 72-month loan means customers can spend an extra $4,800.

Not only is this good news for automakers, who are enjoying rapid sales of pricier cars, trucks and SUVs, but dealers are enjoying the move to six-year loans. "I can't tell you the last time I saw something less than 72 [months]," Pete Munson, general manager of Great Lakes Chevrolet in Ohio, told Automotive News. "They just want the most car for the least amount of monthly payment. They don't look at the overall price of the car."

Kris Byrd, of Sheehy Nissan in Virginia, echoed Munson's statement. "More people will come in and pay for the leather and pay for the navigation," Byrd told AN. "People are coming in and wanting the Rogue SL with the Premium Package and all the bells and whistles."

More than just optional goodies, buyers are moving to bigger vehicles in general, thanks to the generous loan terms. AN reports that sales of compact CUVs is up 14 percent and that overall SUV sales are up 24 percent, both of which compare very favorably to the flat growth rates of compact and midsize sedans. This is far from the first time we've heard that sedans are struggling against CUV/SUV popularity.

What are your thoughts on this? Would you consider a 72-month loan? We'd really like to hear from you, so head into Comments and have your say.
X