Let the speculation finally end – we know what will power the next-generation 2016 Mazda MX-5 Miata, and it's not turbocharged. The US model will get a SkyActiv 2.0-liter engine and six-speed manual, while models in the rest of the world have a 1.5-liter engine, confirming earlier rumors.

Unfortunately, Mazda isn't letting loose how much power either of these mills make just yet. For sake of comparison, the current SkyActiv 2.0 in the Mazda3 produces 155 horsepower and 150 pound-feet of torque, and the 1.5-liter in the UK (and elsewhere) has about 99 hp and 110 lb-ft of twist. However, the current Miata produces 167 hp and 140 lb-ft.

But fret not droptop fans. The company's brochure from the 2014 Paris Motor Show confirms, "all available drivetrains have been specially tuned for the all-new MX-5," which at least hints at the possibility of more performance. Also, even if the numbers remain untouched, the new Miata should feel even more sporting on the open road. That's because Mazda says the new model weighs in the neighborhood of 2,200 pounds; with that in mind, the 2016 car would boast around 14.19 pounds per horsepower versus 14.85 lb/hp in the present MX-5. Progress!

Mazda promises to end the anticipation and announce the actual outputs for these mills later. 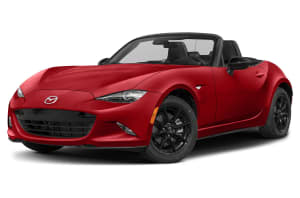 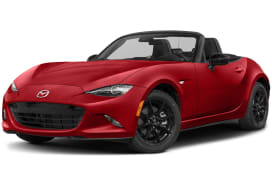