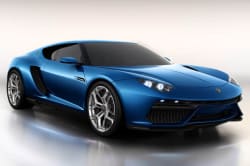 The media days of the 2014 Paris Motor Show might technically start tomorrow, but the party has clearly begun already. The early star in Paris is this Lamborghini Asterion concept, which melds V10 muscle with an electric drivetrain 910 total-system-horsepower. The understated, über-powerful Lambo shared the stage at VW's Group Night with an impressive Volkswagen XL Sport concept, too. Let the show commence! 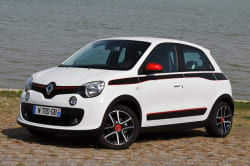 Just in time for the Paris show, we get a drive in the all new, rear-engined-runabout from Renault. Sharing the same platform that will underpin the upcoming generation of Smart cars here in the US, the first-impressions of the nippy, Europe-only Twingo present and interesting preview. Read on to find out if the thrid-gen Twingo has what it takes to regain sales prominence in the Old World. 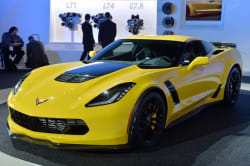 We all expected that the 650-horsepower 2015 Chevy Corvette Z06 would be very quick, but until this morning we didn't understand just how bonkers the spec sheet would be. Nailing the 60-mph figure in less than 3 seconds is wild, but so is achieving a radical 1.2 gs on the company skidpad. If you're like us, you're probably drooling to know what this new monster 'Vette is actually like to drive; satiate a bit of that curiosity with some more Z06 facts and figures, here.