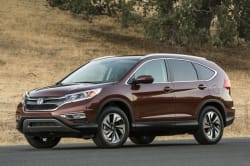 Still not much changed from the just-right size it was when it debuted in the late 1990s, the 2015 Honda CR-V is otherwise a better vehicle in almost every conceivable way. We get behind the wheel of the newly revised small crossover, and find it to be just as useful as ever, while also being more luxurious than ever before. Get the scoop on this family cute-ute, here. 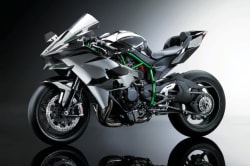 If only we could ride it on the street. Actually, check that. When we heard today that Kawasaki's Ninja H2R – essentially a technology demonstrator set to debut at the upcoming EICMA show – was going to stuff 300 hp into its carbon-fiber-clad confines, we were equal parts astonished and terrified. While official specs are yet to be revealed, you can see a new set of images and some video of the Goliath right now. 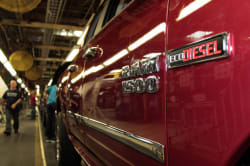 Have you heard the one about American's hating on diesels? Well, forget it. When the number crunchers at Ram were forecasting sales of the trucks with the new 3.0-liter EcoDiesel, they anticipated the engine would account for about 10% of the sales mix. On the back of strong orders and sales in 2014 that number is being doubled for next year.