Chris Bruce
Hyundai no longer has to pay $248 million as part of a court ruling from a fatal accident in Montana that killed two cousins in a 2005 Tiburon. The judge hearing the appeal revised the amount down to a total of about $81 million. She upheld the original $8.1 million in actual damages but reduced the punitive damages to $73 million from the previous $240 million.

According to Bloomberg, the judge refused Hyundai's desire to reduce the amount even further. She said in her court order that the company showed "an indifference to or reckless disregard of the health and safety of the motoring public."

In the original case, the families' attorneys alleged that the cracking of a faulty steering knuckle caused the fatal accident. Hyundai argued that fireworks had been let off inside the vehicle, which caused the driver to swerve and crash. In a statement released after the ruling, the automaker claimed that evidence supporting its defense was barred from the trial. According to Bloomberg, had the original amount of damages been upheld, it would have been the sixth-highest amount awarded by a jury in the US this year.

Hyundai sent the following statement about the latest ruling to Autoblog by email:

"Hyundai believes the rulings are erroneous and constitute an extreme outlier in the law on punitive damages. Virtually every other state court that has considered the constitutionality of punitive damages caps has held that such laws do not violate the jury trial right because the jury's fact-finding function is preserved. Nationally, both state and federal courts consistently have upheld the constitutionality of punitive damages caps. With these rulings and the other erroneous rulings made at trial, Hyundai looks forward to its appeal in this matter."

In other words, it sounds like this particular case isn't quite over just yet... 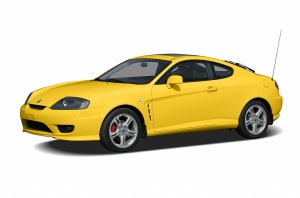