How traffic enforcement could play out on roads of the future

The applications of connected-car technology may eventually lie beyond the authority of its creators.

On the roads of the future, it's possible that speeding tickets will be doled out by new automated law enforcement systems instead of by police officers in patrol cars.

Systems now being developed by the federal government to handle vehicle-to-vehicle and vehicle-to-infrastructure communications in an upcoming connected-car era may have the capability to more precisely track the locations and speeds of individual motorists.

Officials behind the creation of these communications systems say V2V and V2I communications are not intended for law-enforcement purposes, and a report issued by the National Highway Traffic Safety Administration last month said there's not enough data in the transmissions to link such speeding calculations to individual motorists. But then the agency's top-ranking official said it was indeed possible. He said the roadblocks were in the consumer acceptance of such automated enforcement, not in the capabilities of the system.

"I know there is potential for law enforcement to optimize some of these things, but if we go too far, too fast in that direction, it could create some consumer backlash that could hurt its adoption," said David Friedman, NHTSA's deputy administrator, while speaking earlier this month at a conference of transportation officials in Grand Rapids, MI. "The technology is there, but our initial design is not focused on that."

Though skeptical of its adoption, his statement is the first that acknowledges the technical possibility of such an enforcement system. That's important because, even if enforcement possibilities are not the intent of V2V and V2I systems, the applications of connected-car technology may eventually lie beyond the authority of its creators: laws governing traffic enforcement are largely a function of local and state governments.
Technology May Be 'Too Tempting'

With the advent of license-plate readers that record motorists' passing of fixed locations and in-car GPS systems that collect and store location data, privacy advocates are already wary of diminished protections in automobiles. Despite assurances to the contrary, they feel it's inevitable that V2V and V2I communication will be used to measure speed and penalize motorists who exceed limits.

"The fact you can start to track vehicles in real time, it's too tempting to not try to implement this," said John Bowman, communications director at the National Motorists Association, a non-profit organization that advocates for individual rights in the traffic realm. "Any type of rigorous or draconian traffic enforcement, at some point they'll probably try to implement it. The temptation is too great."


"The fact you can start to track vehicles in real time, it's too tempting to not try to implement this." – John Bowman

Automated enforcement is, of course, nothing new. Red-light cameras and speed cameras are already used to issue traffic citations. Speed cameras in particular have gained popularity in recent years. The percentage of municipalities using speed cameras has increased 52 percent since October 2011, according to NMA statistics.

Some of the private companies that have developed these present-day systems are eager to delve into V2V and V2I technology. In a written statement, a spokesperson for Phoenix-based RedFlex said, "with a wealth of real-time and archived data, combined with established municipal and law-enforcement relationships, RedFlex is uniquely positioned to move quickly in the intelligent transportation market."

The future of automated enforcement doesn't only rely upon V2V and V2I. The NHTSA report issued in August on V2V suggests there will be means that are simpler and cheaper that will track drivers through space and time – and link the information to specific drivers and vehicle owners. RedFlex is testing a camera-based system called " Worker Guardian" that measures the distance between two points and calculates a motorist's speed. Currently being tested in Australia, it's intended specifically to deter speeding in work zones. Another company, Colorado-based Laser Technology Inc., has a prototype in development that uses a dual laser-beam system to calculate speed and a camera to record a short video.

But the appeal of V2V and V2I for enforcement lies in the same appeal of the systems overall, which hold the potential to revolutionize driving as we know it. By transmitting and receiving real-time location information to and from other cars and traffic infrastructure, these systems will dramatically reduce accidents, untangle congested areas, optimize routes and provide information to emergency responders. 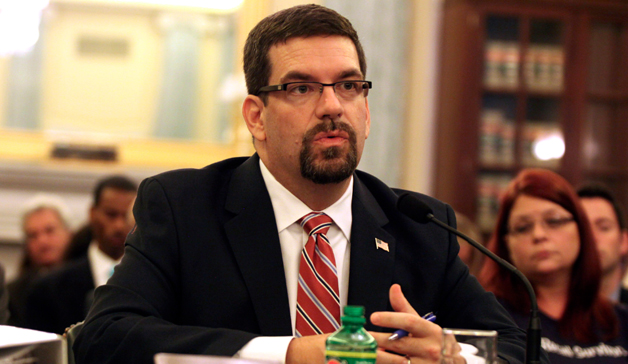 Technology In A Fledgling State

Right now, officials at the University of Michigan, where the technology has been honed and tested in a safety pilot, say that the transmissions between vehicles contain no identifying information. Made ten times per second, the data is exchanged only in a short local area, then discarded approximately every five minutes, according to Dr. Peter Sweatman, director of the Transportation Research Institute at the university. He stressed that, in its current form, V2V could not support an enforcement function. NHTSA's report says the system will not provide a "pipe" into the vehicle for data extraction.

But that doesn't mean identifying information couldn't be added to the fledgling technology as it develops, and its absence from the project now is at least partially because law-enforcement considerations have not been involved. David Strickland, the first NHTSA administrator to examine the possibilities of V2V and V2I when he served prior to Friedman, said enforcement may be something eventually examined on a state-by-state basis.


"The technology is there, but our initial design is not focused on that." – David Friedman

"Traffic enforcement is in the purview of the states," Strickland said. "But I will say this: the department notes that with the usage of technology and data, privacy is going to be very important. In the future, it (enforcement) may be technically possible. But I don't think it would be accepted by consumers. I really don't think so."

At a minimum, Strickland said any such system should be highly visible to the traveling public. Along the roads that take him on his daily commute from Washington DC into the Virginia suburbs, he notes he sees signs that warn drivers of red-light cameras and prohibitions on radar-detection equipment.

In an ideal situation, that's how automated enforcement should be presented, says Jonathan Adkins, executive director of the Governors Highway Safety Association. Automated areas should be publicized and well-marked, rather than feeling like a "gotcha" to motorists. That works in the present day, but in a plausible future when the targeted enforcement area grows to encompass most American roads on a round-the-clock basis, that notification grows more complicated.

"And it brings up the larger issue of simply tracking vehicles in real time," Bowman said. "We're fairly close to that now with license-plate reader systems, and you'd literally be able to track every car on the transportation grid 24-7, and that gets to issues beyond enforcement with personal privacy and things we're more concerned about these days with revelations from the NSA."

"I hope people start to take notice of this stuff. We're essentially tracked everywhere we go in almost everything we do," he continued. "If people don't push back against it like they've started to do with red-light cameras, I just think people will be surprised when they wake up one day and realize they have no privacy left."